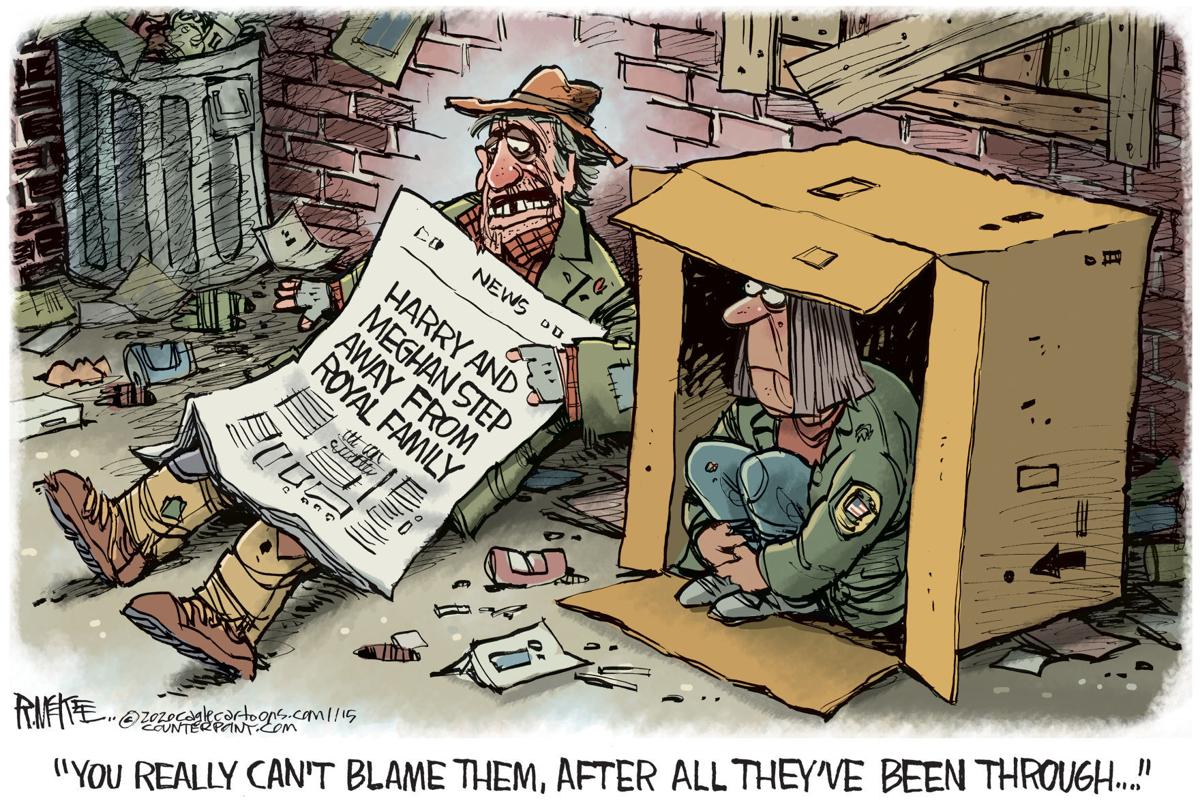 Or whatever you want to call the semi-abdication of Britain’s Prince Harry and his young wife Meghan Markle, aka the Duke and Duchess of Sussex. The glamour couple announced last week their intention to “step back” from their roles as senior members of the British royal family.

The couple has become such celebrities that they are commonly just referred to by their first names. “Harry and Meghan” flabbergasted Queen Elizabeth and the entire world when they announced their intention to “split their time between the U.K. and North America” as they “carve out a progressive new role” within the monarchy and work to become “financially independent.”

By all accounts, the royal couple’s announcement was released in defiance of “clear instructions” from the queen. Certainly, it was unprecedented.

On the one hand, you could see where Harry and Meghan may not like all the intense media attention on their lives. I sure wouldn’t. As the son of a future king and an idolized prince, Harry has been in the public eye his entire life. Maybe he is just tired of it. Meghan, an American with a white father and black mother, has been subjected to enormous scrutiny in the press. Some say racist press.

Then again, they had to know what was expected and didn’t seem to mind the money – or mind trying to cash in going forward on the celebrity status that their their royal social status arbitrarily assigned to them.

As sixth in line for the throne, Prince Harry is unlikely to ever become king. Perhaps for this reason he did not feel that it was worth the sacrifice to his private life. I could see that, too. Still, should Harry have the right to enjoy all of the financial and fame benefits of royalty without taking on any of the work that comes along with it?

What do you think? The Post weekly reader poll question of the week asks: “Do you agree with Prince Harry and Meghan Markle’s decision to pull a “Megxit?” Yes: “Let them live their own life.” Yes: “The royal family is a mess.” No: “They are arrogant, spoiled and being selfish.” No: “They should not be allowed to profit without doing their duty to the Queen.”

Do you agree with Prince Harry and Meghan Markle's decision to pull a 'Megxit?'

The Harry and Meghan Megxit