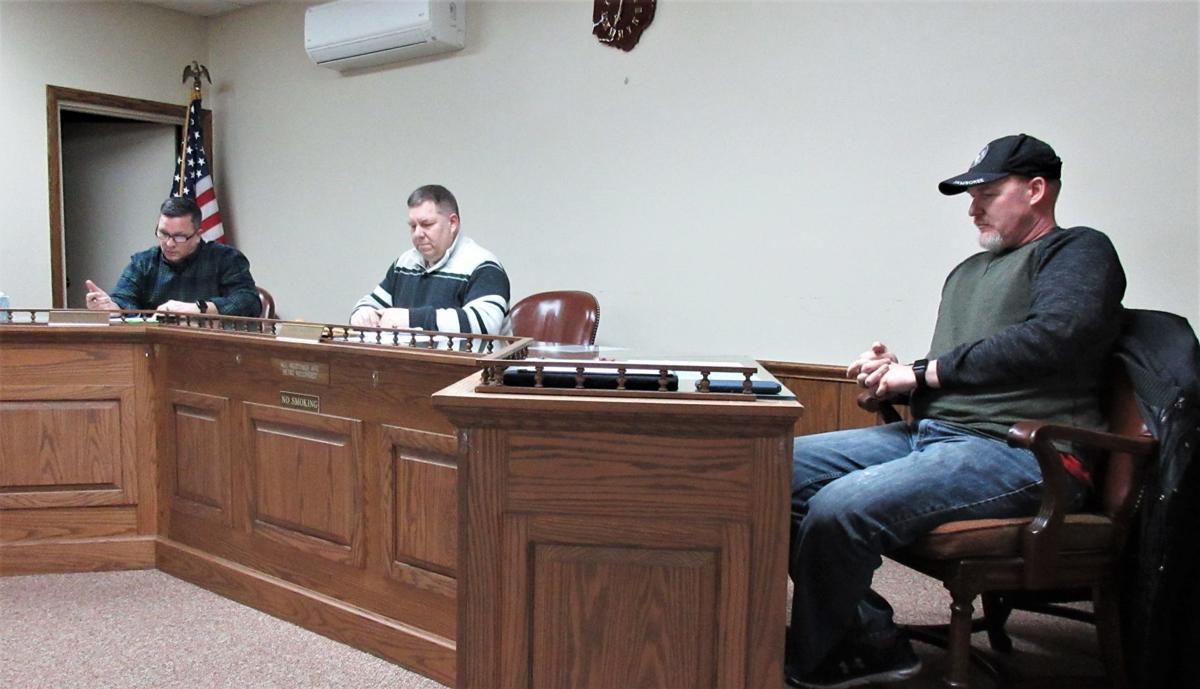 Medina Township Trustees (from right) Chuck Johnson, Mike Stopa and Mark Radice kept their distance from each other at a recent meeting. 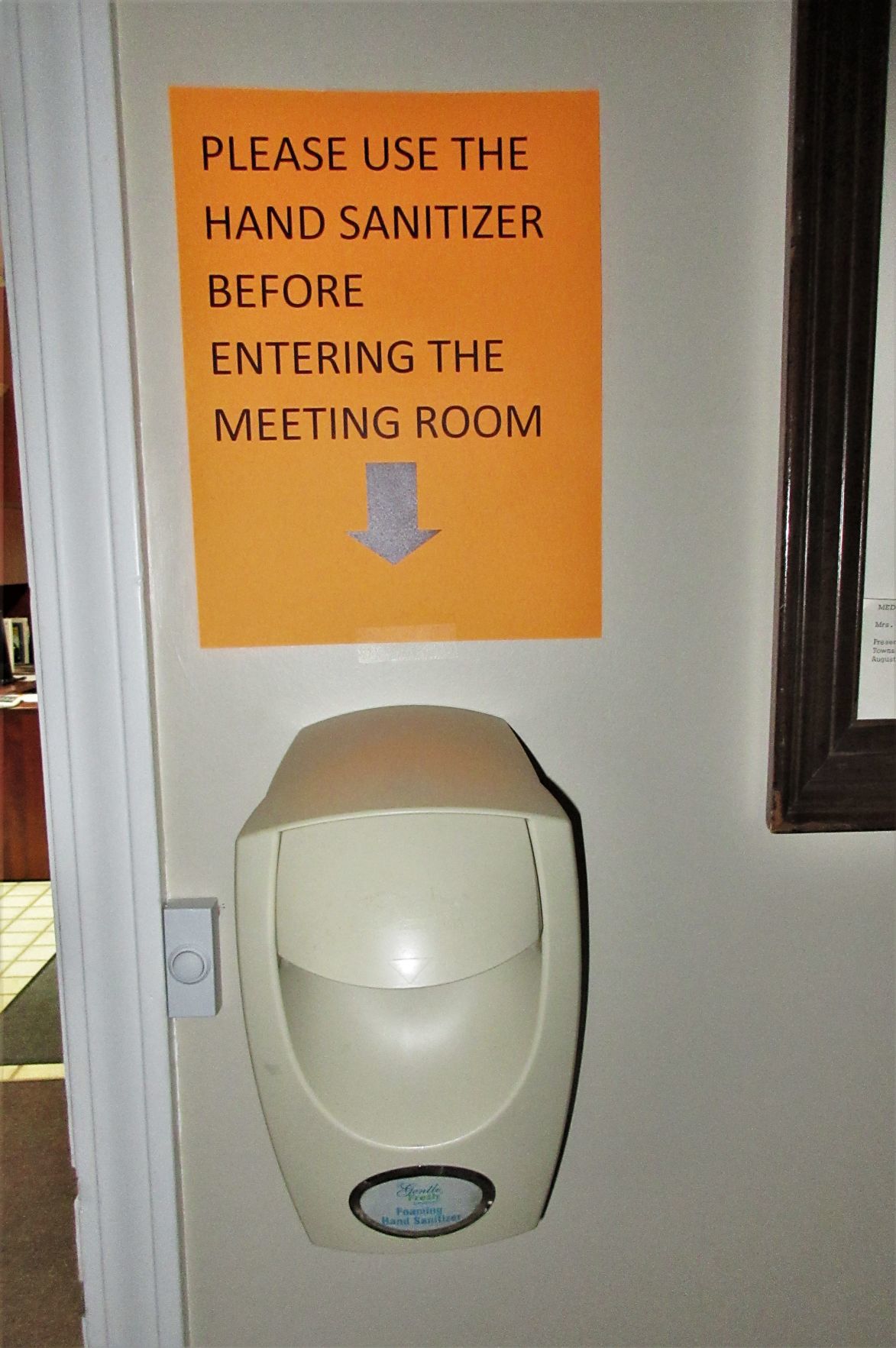 Visitors to the administration building at Medina Township are greeted with a hand sanitizer when they entered the door.

Medina Township Trustees (from right) Chuck Johnson, Mike Stopa and Mark Radice kept their distance from each other at a recent meeting.

Visitors to the administration building at Medina Township are greeted with a hand sanitizer when they entered the door.

MEDINA TOWNSHIP – Youth sports and Toss Your Trash Day are among the new victims of the COVID-19 pandemic to hit Medina Township.

Trustees met in an abbreviated meeting March 19 to approve the suspension of youth sports at the township’s sports complex at Blakslee Park.

Trustees voted to adopt the policy of the Ohio High School Athletic Association which establishes a no-contact period for school sports and shuts down all facilities used for athletic activities until April 5.

In addition, trustees agreed to cancel the annual Toss Your Trash Day scheduled April 11 in which township residents are invited to dispose of bulky items and electronics not normally picked up with their weekly trash or shred sensitive documents they no longer need.

With Fiscal Officer Angela Ventura home sick, trustees did not even authorize payment of their regular accounts payable and scheduled a special meeting to take care of that bit of business March 24. Trustees did, however, approve the latest payroll for township employees which totaled $47,960.

Trustees conducted their limited business without any input from township department heads who normally attend trustee meetings but were asked not to attend this meeting. Township residents also honored a request issued by township trustees not to attend the meeting.

Most trustee meetings attract five to 10 residents who are given an opportunity to comment at the biweekly meetings, but none showed up for the March 19 meeting. Residents did, however, have the opportunity to view the meeting through live streaming on the township’s YouTube channel.

What they saw were trustees seated a little further apart than usual in an attempt to observe the social distancing policy recommended by health officials in the face of an unprecedented health scare.

Directives from state health and government officials have resulted in the closing of schools, restaurants and most places where the public gathers in groups.

A statement released by trustees states the township is following state and federal guidelines related to gatherings. Although it is discouraging the public from attending township meetings, it is not prohibiting attendance and notes that space restrictions may not allow people who attend meetings to maintain the recommended six-foot distance between individuals.

Trustees said they plan to limit their meeting agenda to essential business in coming weeks and will table business related to controversial topics such as changing the township policy on trash disposal by offering an exclusive contract to one hauler to serve the entire township.

People who do have business at the township administration building are greeted by a sign on the door asking them not to enter if they have cold or flu symptoms and to conduct their business by phone or email if possible. Once inside, they are greeted with another sign asking them to use a newly installed hand sanitizer mounted inside the door.