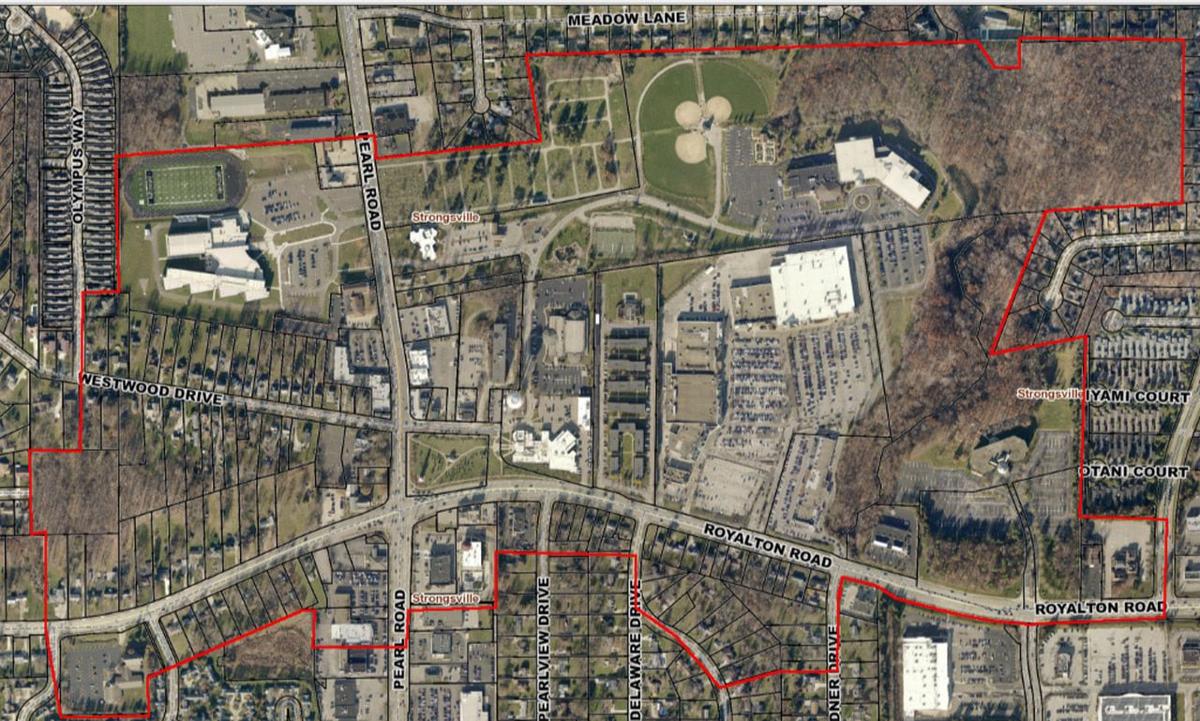 The area considered to be the city center spans around the recreation center, police station, library and Strongsville Middle School. City council gave its approval to seek design firms to plan a more family-friendly destination area within that space. 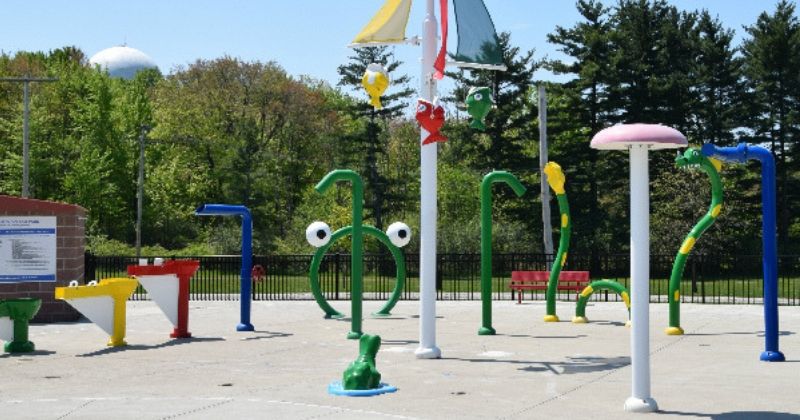 Residents have been asking for a splash pad for many years, and the plans for the future will take that into account. Some surrounding communities have similar features in their parks, including the one pictured in Broadview Heights.

The area considered to be the city center spans around the recreation center, police station, library and Strongsville Middle School. City council gave its approval to seek design firms to plan a more family-friendly destination area within that space.

Residents have been asking for a splash pad for many years, and the plans for the future will take that into account. Some surrounding communities have similar features in their parks, including the one pictured in Broadview Heights.

STRONGSVILLE – City council unanimously approved a resolution to seek a professional design firm to reinvent the center of town.

The first step is advertising a request for qualifications and proposals to prepare the plan. Once those come in and are reviewed, council will then have the opportunity to vote on whether to move forward with a design firm.

The concept was brought to life by an Economic Advisory Board that is made up of members of city council as well as members of the Strongsville business community. Councilman-at-large Jim Carbone said it is intended to supplement the city’s Master Plan, which was adopted in 2019. With a vision to narrow in on this aspect of the plan, the group came together to prioritize the ideas.

The concept is to create a safe, family-friendly centralized destination with amenities current residents and next-generation homebuyers are looking for in Strongsville. The existing facilities that make up the center of town for the purposes of this initiative include the police station, library, recreation center, the Greens of Strongsville shopping center, Crossroads Plaza, Strongsville Middle School, the Strongsville Historic Village, and the land, roads and homes surrounding them. This concept seeks to connect the current assets to each other and add amenities to them to create a distinct downtown feeling.

“What we’re planning to do with this is to have a roadmap to our future – it’s going to be a well thought-out plan for amenities that we’re going to need and that people want to see here,” Carbone said.

Many of those amenities have been discussed by council and requested by residents for many years. They include a splash pad, an ADA-compliant playground, exercise areas for seniors, a pavilion, walking paths and an outdoor performance venue – all potentially on land already owned by the city.

It also incorporates the need for a central city hall, whether in an existing building or in a new facility. The current city offices are located in an industrial building on Foltz Parkway. Moving the city’s leaders into the center of town would make them more accessible and would fit in with the downtown atmosphere, Carbone said.

Safety is a key component of the planning process. Additional lighting, clear and consistent signage, and sidewalks and pathways that connect amenities are part of the scope of the project. A discussion about a fifth fire station is also on the table. Part of the study will incorporate the need for it and the feasibility of making it happen.

If council moves forward with a design firm, all of the above factors – and any new ideas that come about – would be taken into account and planned for accordingly. Resident input will also be sought out as plans progress.

Carbone emphasized that it is intended to be a long-range plan that focuses on the Strongsville community, and the pieces would come together over time.

“We’re not going to run right off and do these things. We have to figure out where the money’s going to come from,” he said. “But it’s not just my city – it’s our city and we want people to be proud to be here.”