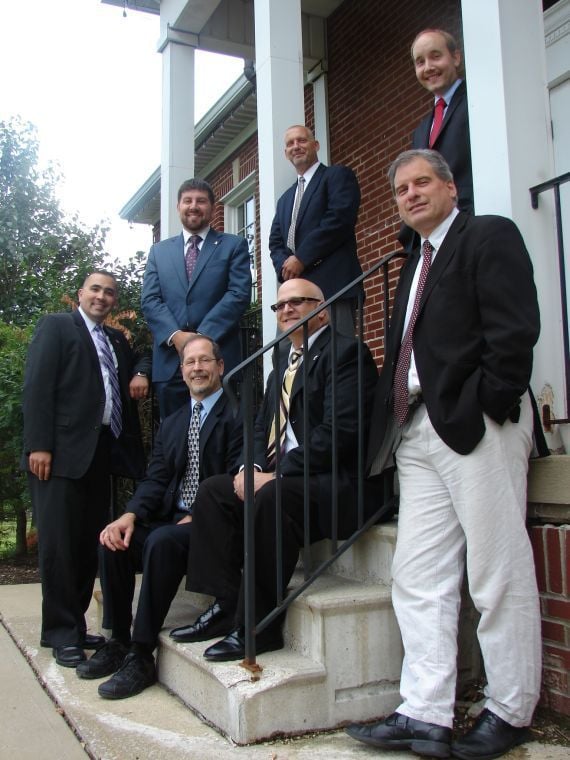 All of the North Royalton City Council members are unopposed this election season except for Ward 6 Councilman Dan Kasaris, standing in the foreground. 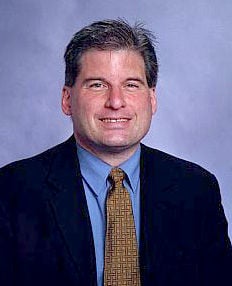 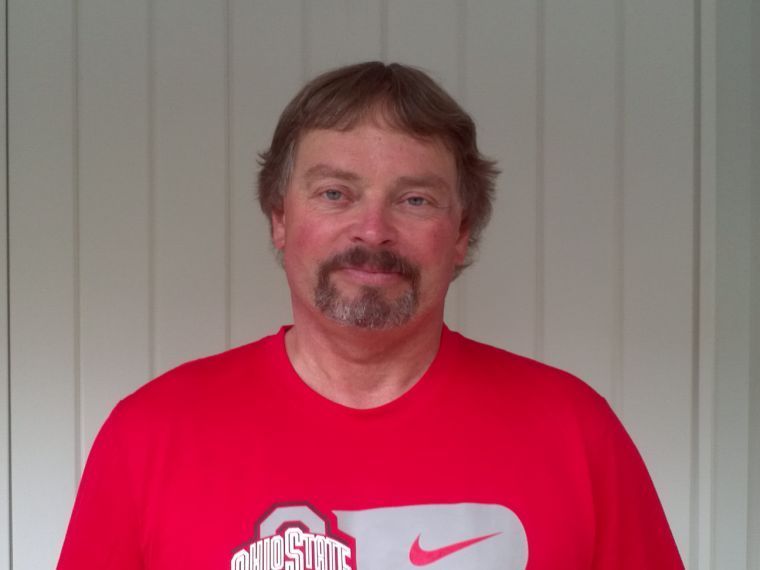 This makes the first time Kasaris faces opposition as an incumbent.

He said he is gearing up for November engaging residents through door-to-door chats, literature, his e-newsletter, email, Facebook and by phone. He will also be advertising his accomplishments and intentions because he said, “in a campaign, misstatements sometimes are made.”

Public service is important to Kasaris, who is seeking his fifth term. In fact, he said he left what he calls his dream job working for the Cuyahoga County Prosecutor’s Office during the 2013 election because Prosecutor Timothy McGinty announced his employees could not seek an elected position, partisan or nonpartisan. Ward 4 Councilman Paul Marnecheck, who also worked there, found other employment as well.

“I left the job I loved for 17 years because it was important for me to continue to serve the public as their councilman,” Kasaris said. “When you are elected, you are elected to serve the public and give them 110 percent. You have to put your private wishes and interests aside. We’re not here to grind an ax, we are here to serve. It’s about helping people. That’s what is important to me.”

Riffle said he’s not into campaign signage or taking money from constituents. He will prep for the election solely by walking door to door.

“I will print up an informational thing about me and go door to door maybe in September or October and introduce myself to people and see if they have any questions,” he said.

Riffle has cited what he claims is a rubber-stamp council, and a city that buys land and uses it to leverage projects as the two main reasons he is running.

“My main thing is no one on council ever questions what the mayor wants to do,” Riffle said.

He also has major qualms with the new library, YMCA and Aukerman Park in particular because the city, “bought property and gave it away” for these developments, Riffle said.

“I don’t understand how a city becomes such land barons,” he said, “but, I’ve had enough of this stuff. I don’t like a lot of the things they do. Nobody ever questions anything. Well, I’m not a hotdog flipper, I’m not going to be making fried bologna sandwiches for anyone. People call me the Donald Trump of North Royalton because I’m not afraid to speak up. I’m not kissing anyone’s ass. Somebody is finally running against (Kasaris), unfortunately, nobody is running against anybody else.”

Antoskiewicz, who embarks on his second four-year term, said he will continue safeguarding residents’ tax dollars and keeping a listening ear bent to their concerns at all times.

“I will continue to work with the mayor and the administration to keep North Royalton moving in a very positive direction. I think we have made great strides in the last four years I have been council president, although there is still work to be done,” he said.

Continuing to find ways to save money and operate efficiently are ever present on his to-do list as finance committee chairman.

“But the bigger thing is to continue listening to residents as I have done in the past,” he said.

Nickell said he will continue to keep an eye on storm water-related projects primarily.

“We got the big one done, Cedar Estates, but we are still waiting on the basin there. I’m also anxious to start the Delsy, Hawley, Lynn and Beechwood creek restoration project part of the Ohio Emergency Management Agency (May 12 storm reimbursement),” he said.

Street repair is another biggie for him. Outside of infrastructure, the city image and sidewalks are also on his to-do list.

“Hawley and Abbey are getting done but I want to keep an eye on other streets that need joints fixed or crack sealing. We have a good program going,” Nickell said. “I want to continue improving the image of city too – the City Green, Memorial Park. And, I’d like to get a few sidewalks down at least the section in front of city hall and on Ridge at the turnpike to connect to the Valley Parkway.”

Petrusky said he can hardly believe eight years, or four terms, have come and gone.

He said the city has accomplished a great deal and will continue to do so.

“We have fixed a lot of streets, fixed a lot of flooding issues, taken the city through financially hard times. With all the financial hardships, nobody lost their job or was laid off. And, I think we have positioned ourselves for future growth,” Petrusky said.

During the course of his upcoming fifth term, he wants to keep an eye on safety force staffing levels, especially with retirements expected in the coming years.

Even though Langshaw is unopposed he has been out walking door to door since May and will continue until he’s walked his entire ward.

“Whether I am unopposed or not, I do want their vote,” he said.

This will be his second elected term. His focus, first and foremost he said, will be serving his residents and maintaining a high level of communication, service and leadership.

“I’ll also continue to protect the taxpayers’ dollars by making sure that we are being fiscally conservative, continue to pursue the city’s master plan and support the city’s infrastructure and preventative maintenance measures such as crack sealing,” he said.

Marnecheck said there are very visible signs pointing to the progress the city has made over the past few years.

“To me, this shows the progress made – the new YMCA, the new city hall, the collaboration with the Metroparks – and looking beyond our city borders to find innovative ways to lower the cost of city government. This is the direction our residents want the city to move,” he said.

And council has managed to accomplish these goals by working together, Marnecheck added, which he believes voters appreciate.

“This shows the residents that we all find a way to agree on legislation and compromise,” he said. “We debate on things in committee and then are able to craft legislation that the majority of city council can agree to.”

Muller, who will be beginning his third term, said council and the mayor have worked together to accomplish a great deal over the past few years and voters have noticed.

“It was great to see the voters have confidence in us,” he said.

Muller, like his colleagues, admits there is more to do.

“We still have a number of storm water items that need addressed. I’m still looking forward to completing all the projects being reimbursed by the Ohio Emergency Management Agency from the May 12 storm last year,” he said.

The deer issue is one thing he hopes to see a resolution on in the coming term too.

“I know the mayor is working hard on that. Hopefully we will have a resolution in the next year or two,” Muller said.