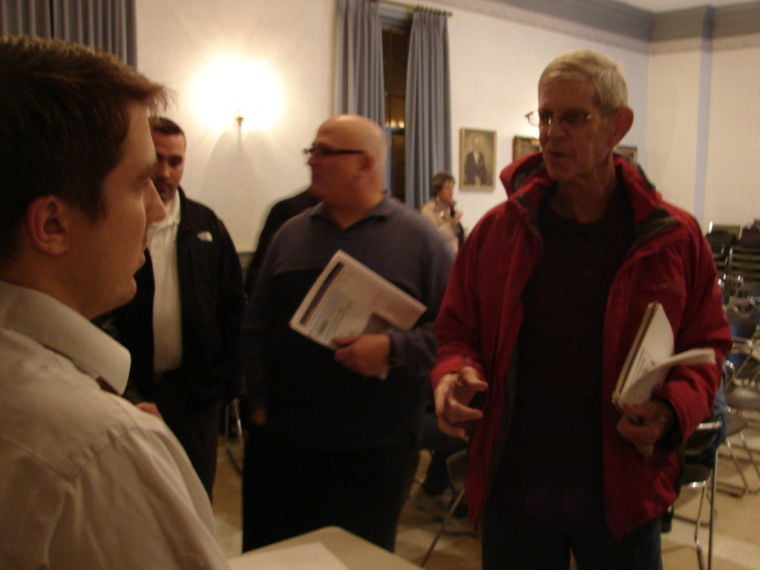 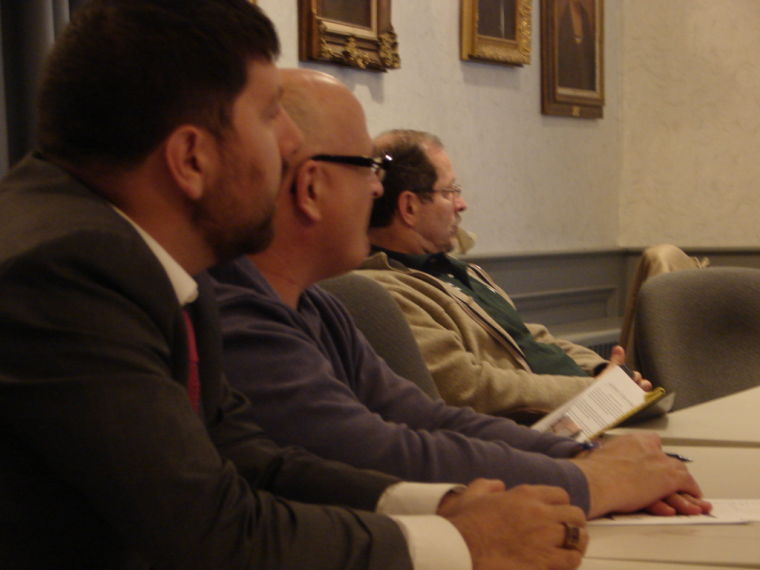 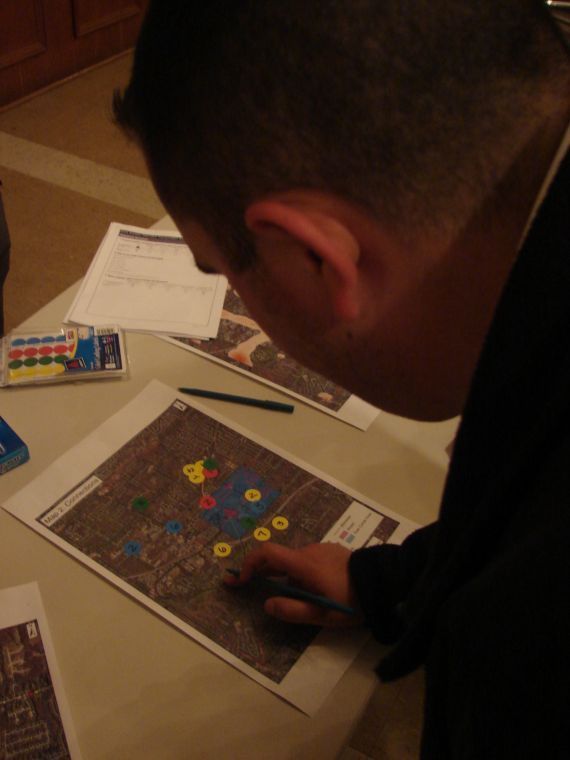 NORTH ROYALTON – To sidewalk or not to sidewalk? That is the longstanding question. Now residents are being asked that question.

Since the spring, the city has been working to respond to this strategically and unbiasedly with the help of planners from the Northeast Ohio Areawide Coordinating Agency. Several residents attended a public meeting at the old city hall last week to learn about the North Royalton Alternative Transportation Study, or sidewalk study as many city officials refer to it, and give their feedback.

Each resident in attendance was asked to fill out a quick survey gauging their thoughts on alternative modes of transportation, such as sidewalks and bike lanes, and their likeliness or unlikeness to use them. That survey is being made available to all residents via the city e-newsletter and the city Web site, northroyalton.org.

All residents are being asked to complete this survey to better determine the best path – sidewalk, bike path or wide shoulder – and just where those should be installed.

“If you’re using sidewalks, is it for transportation or is it for exercise, and should it connect to city hall, the grocery store, the Metroparks, the YMCA or the library?” said Marc Von Allmen, a planner with NOACA, which is facilitating the study.

The survey is about defining some of the goals residents would like accomplished.

“It’s all about what goals you would like us to follow. Where you’d like us to incorporate sidewalks and trails in the future,” Community Development Director Tom Jordan added.

The 2014 Master Plan recommended sidewalk connections from key areas of the city and recreation areas – Wallings Road from Valley Vista Elementary west to Ridge Road; along State from Wallings south to the new city hall; on Ridge between Wallings and Royalton Road; and on Royalton Road between Ridge and State, primarily.

Ward 1 Councilmen John Nickell and Ward 6 Councilman Dan Kasaris have suggested extending them even further, connecting much of York Road near the Industrial Parkway to Royalton Road and installing sidewalks almost the entire length of State Road.

It’s a topic that leaves many torn between the need and the cost, which is why a study is being conducted.

“The resident who spends very little time on his own sidewalk has to pay for them,” one resident said. “It seems like sidewalks should have to be part of the street repair.”

When federal routes are repaved, such as Royalton Road’s upcoming repairs, sidewalks and bike lanes must be explored as part of the project. In fact, Jordan said municipalities have to ask for special exceptions not to do them as part of those projects. But, that’s not the case with state routes.

“When state routes are resurfaced, like State and Ridge were fairly recently, sidewalks are not installed, because they are not considered part of the project,” Jordan explained.

The study is taking into account not only existing sidewalk and bike lanes, but also future projects, like the widening of Royalton Road, which includes new sidewalks and the continuation of the Metroparks all-purpose trail between Ridge and Broadview Heights, where such alternate modes of transportation are anticipated when determining the overall recommendation for the city.

“This study will acknowledge that and possibly pick up new connections to it,” Jordan added, referring to the trail.

Price is a definite concern for Ward 5 Councilman Steve Muller too.

“The residents that get assessed, it will be quite a burden for them to incur,” he said.

A Bennett Road resident worried about how sidewalks would change the aesthetics of the southern portion of town where homes are more spaced out. Bike paths or wide shoulders would likely be a better fit here if a need were determined, Allmen said.

“We have kids that can’t walk to Valley Vista,” he said.

Douglas Payne, another resident, said he’s anxious to see a plan put in place after years of talk.

“This is not a want, it’s a need. We have nice sidewalks in Royal Valley, when people shovel them. We’ve talked about putting them down to the city town center to the Valley Parkway to the library and YMCA. We’ve done all this before. Are we just going to sit and do nothing?” he said. “What is the time frame?”

The goal is to present a finalized recommendation for city council to review by June 2015. This report would strategically prioritize sidewalks, bike paths, wide shoulders etc. with a list of costs.

Ward 3 Councilman Dan Langshaw expressed interest in such a ranking system just as the city does with its street repair.

“By doing this in a strategic way, we as elected leaders can then get a true big picture look to where we need to focus our attention on for the good of the community,” he said. “Glen Abbey and Worthington Way are two neighborhoods I get asked by my residents, ‘why couldn’t we connect them with just a little bit of sidewalk,’ or ‘could there be more ways to connect to the Metroparks?’ These kinds of questions are good ones to ask and hopefully residents will give feedback to make this survey successful and get some answers to these questions and more.”

Council President Larry Antoskiewicz said this study is ideal because it looks at the issue with fresh eyes and can help maneuver through the tough questions and find the best fit for Royalton with all its uniqueness. It also creates a formal document to have in hand that will be invaluable when seeking funding to offset sidewalk costs.

“I think we have a lot of difficulties, we have hills, ditches, septics etc. Do we do both sides of a street, one side? Do people even use sidewalks or do they just hope in the car. This will help us navigate all that and give us a cost,” he said. “We can see how someone outside of our eyes sees the city. I encourage everyone to give your opinion. The more input we get, I think the better job we will do to do this right.”