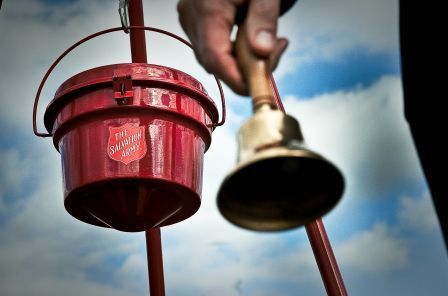 All of the Salvation Army red kettle drive change collected Nov. 25 through Dec. 24, a total of $6,500 this year, stays in North Royalton to help neighbors in need with clothing vouchers for kids, restoration of utility disconnects in the winter, assistance to homeless and more. 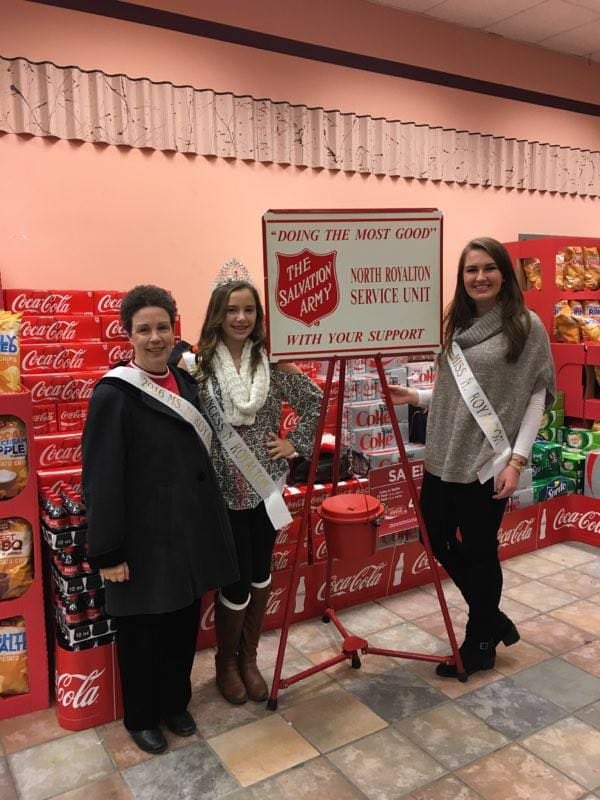 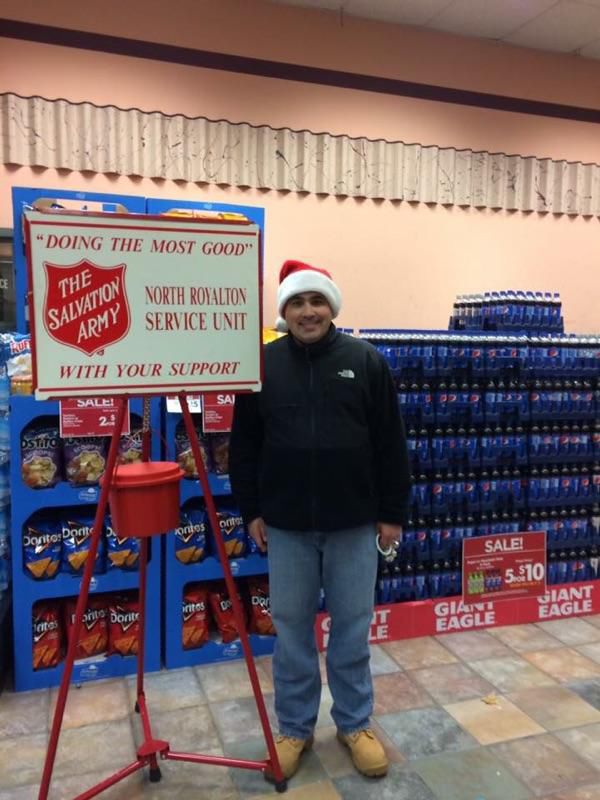 Ward 3 Councilman Dan Langshaw was one of several local celebrities to pitch in and help ring the Salvation Army bell.

All of the Salvation Army red kettle drive change collected Nov. 25 through Dec. 24, a total of $6,500 this year, stays in North Royalton to help neighbors in need with clothing vouchers for kids, restoration of utility disconnects in the winter, assistance to homeless and more.

Ward 3 Councilman Dan Langshaw was one of several local celebrities to pitch in and help ring the Salvation Army bell.

NORTH ROYALTON – Christmas always has a way of bringing out the best in people.

For the entire month leading up to Christmas Eve, individuals from various segments of the community pulled together to support those less fortunate during the annual Salvation Army red kettle drive.

“We did have a great, great time this year,” said organizer Donna Urban, a Royalton Hills Lions Club member. “We had the Rotary, the Kiwanis, the United Methodist Church, Miss North Royalton, Miss Greater Cleveland, the Little Prince of North Royalton, we had Ward 3 Councilman Dan Langshaw and Ward 4 Councilman Paul Marnecheck. It really brought the community together, and we appreciate everyone who helped.”

It’s money well spent used to provide vouchers for kids for school and winter clothing, restore utility disconnects during the winter, purchase Christmas presents for families in need who have little ones, assist the homeless and it is also used occasionally to supplement the community food pantry’s holiday program providing gift cards to families in need.

Miss North Royalton Erin Simonek stopped in to lend a hand ringing the bell. She may be royalty, but to her, it’s all about serving others.

”Almost every single family who walked by gave back and donated what they could,” she said. “You truly do feel good about yourself after you volunteer for this classic donation event because you know you’re doing something for a cause higher than yourself.”

Marnecheck, a Kiwanis member, said when it comes to charity, it’s about time, talent and treasure.

“I don’t have a lot of treasure, my mom thinks I have a lot of talent, but I definitely have time. It was only a few hours, I got to say hi to a lot of friends and neighbors. If I’m going to keep talking about people getting involved and how important it is to have a sense of community, it’s important I lead by example,” he said. “When the charity we help is the Salvation Army, it’s a no-brainer. It’s unfortunate there’s still the amount of need there is.”

He was especially grateful to “Beth,” a Giant Eagle employee who let him borrow her mother’s antique jingle bell to ring for the cause.

“I know it was special to her because it was her mom’s, so that was really nice of her,” Marnecheck said.

Urban said she’s not surprised by the gesture.

“Everyone at Giant Eagle is super to us. They really and truly are,” she said. “They let us stay inside, and that’s a big difference.”

Ward 3 Councilman Dan Langshaw, also a Kiwanis member, pitched in too and said the kindness of North Royalton residents is one of the reasons he loves this community.

“When I was ringing the bell, a young boy, about 5 years old, saw me and asked his mommy if he could donate,” he said. “The boy dug deep into his pockets and gave me all the pennies he had. It was moving to see that this kid, and others in our community, know the true meaning of Christmas.”