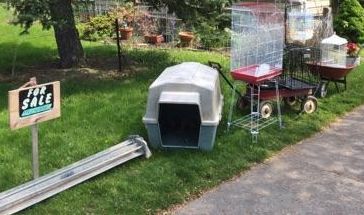 Ward 3 Councilman Dan Langshaw wants council to consider enacting legislation specific to “perpetual yard sales,” those homes that regularly sell items at the curb, in an effort to avoid blight. 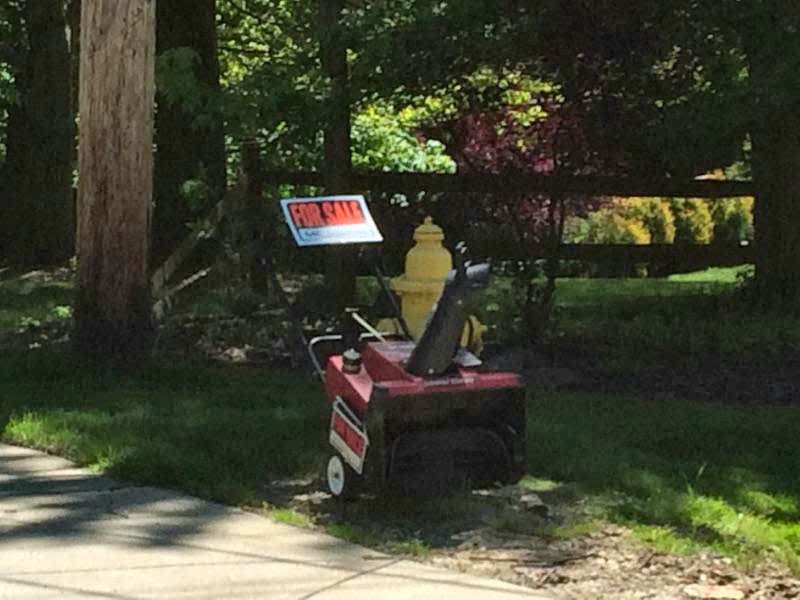 More than just a perpetual eyesore, continual “yard sales” can pose other issues, Langshaw said. This for-sale item is blocking a fire hydrant. 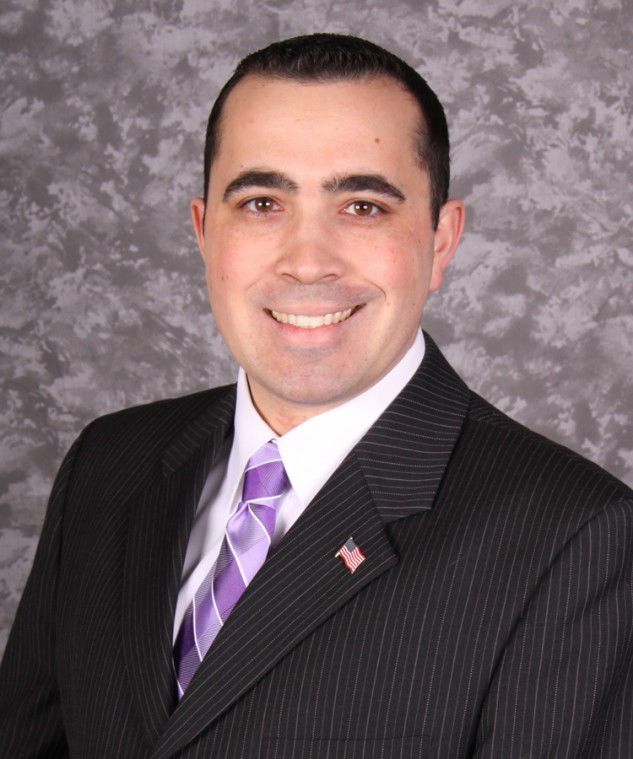 Ward 3 Councilman Dan Langshaw wants council to consider enacting legislation specific to “perpetual yard sales,” those homes that regularly sell items at the curb, in an effort to avoid blight.

More than just a perpetual eyesore, continual “yard sales” can pose other issues, Langshaw said. This for-sale item is blocking a fire hydrant.

NORTH ROYALTON – One councilman is trying to sell his colleagues on the idea of adding legislation to the books limiting “perpetual yard sales” along main roads.

This is not aimed at the occasional garage sale. There are a few residents spread among four wards, Ward 3 Councilman Dan Langshaw said, who endlessly have items set out in their yards for sale – bird cages, car parts, lawn mowers – sometimes for months, even years, on end and some along main roads to the point neighbors have complained.

He brought the topic up in council’s building and building codes committee recently to see if something can be done with the overall goal of combating property blight and improving the character and image of the city in mind.

Langshaw said he seeks a legislative solution to this problem in order to provide the building department a way to tackle this issue.

“My goal is simply to clean things up and to give our building department a tool to address this kind of property blight. No one wants to see piles of junk, bird cages, car parts and things scavenged out of the trash as they drive through our city,” he said.

He originally tossed around the idea of limiting the number of garage sales that could be held consecutively by residents, as in neighboring cities; however, Community Development Director Tom Jordan indicated that would be tough to enforce without requiring a permit for individual garage sales, something council indicated it did not want to do.

Most agree the main offender is the small group of residents who have running sales in their front lawns.

During the meeting, Council President Larry Antoskiewicz suggested possibly requiring items to be sold a certain distance from the home, toward the back of a property. Ward 2 Councilman Gary Petrusky indicated that could be problematic for those in the southern section of town because their sale might not be visible to motorists.

“Maybe, going the other way, is to consider a setback from the street. For right now, let’s look at the property maintenance code,” Jordan interjected, proposing that maybe existing code or added verbiage could potentially address the issue.

Mayor Bob Stefanik said everyone knows what the issue is and that the administration would try and come up with a solution using existing rules.

“We all know what the issue is, the five people that sell stuff they picked out of the garbage and try to sell it in their front yard all year long,” he said. “The administration will try to come up with a creative solution and have something to review at the next meeting.”

Antoskiewicz said after the meeting he understands the problem but wants to avoid over legislating if at all possible.

“We want to take care of the problem, but we want to do it in a way that doesn’t infringe on the majority. Why should we make an ordinance for the minority and penalize those that do things the right way? But, we will figure out a way to deal with this and make it fair for everybody,” he said.

Langshaw said the city is not over legislating, that, if anything, North Royalton is behind neighboring cities because of years of inaction prior to the current administration and mayor, which have made addressing blight a priority the past nine years.

“You don’t have this issue in a Broadview Heights or Strongsville because they have had legislation on the books to deal with this issue for years,” he said. “With the advent of the internet, Craigslist and other websites offer residents a better alternative to sell their items instead of leaving them along the roadway only causing blight. By updating our property maintenance code, the city can address this issue.”

The next building and buildings codes meeting is June 20.