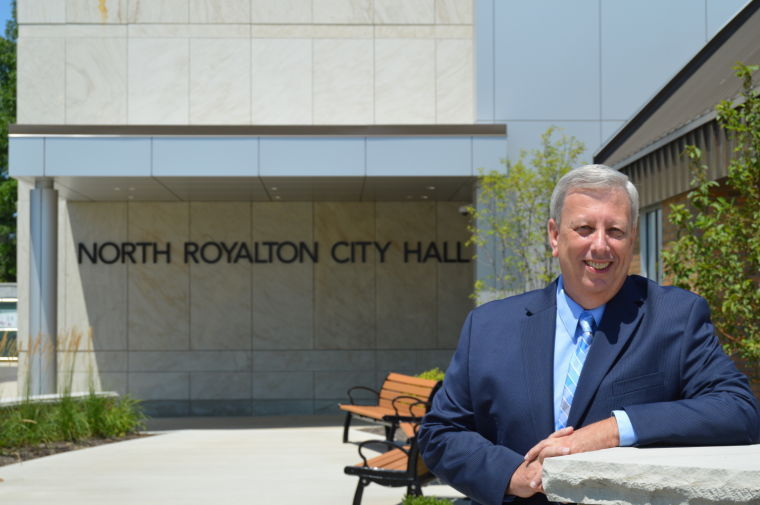 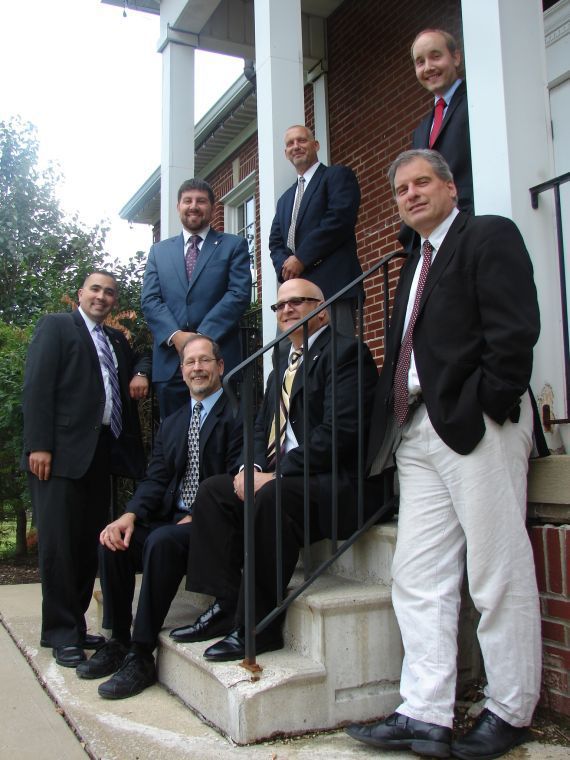 City councilmen have several items each would like to see focused on in 2017, running the gamut from road repair, the old city hall site and finances to economic growth and beautification.

City councilmen have several items each would like to see focused on in 2017, running the gamut from road repair, the old city hall site and finances to economic growth and beautification.

NORTH ROYALTON – At the beginning of each new year, the mayor and city council take time to share with The North Royalton Post a few projects, loose ends or items they would like to focus on or see addressed.

From a solution for the old city hall to the long pined for reopening of Tonight Tonight, here are their individual to-do and wish lists for the coming year.

Heading into the New Year, Stefanik’s main concern, he said, will be what it is daily.

“The main focus of any municipality is safety, that’s the No. 1 priority, followed by infrastructure and city services,” he said.

Each of these areas are intertwined closely with the budget, which is reviewed continuously and will be even more so as the new year brings uncertainty.

“We have to be concerned about the 2017 budget. We are already getting indications from the state that they overestimated state revenues, which could have an effect on the local government once again. However, that’s why we budget city finances very conservatively, to plan for the worst case scenarios that could become a reality down the road,” Stefanik explained.

With finances in mind, the mayor said he will continue to fortify regional partnerships to leverage opportunities and save dollars.

“We're always striving to create public and private partnerships, for example, the library, the YMCA, the Metroparks, and to continue a close working relationship with all elected officials representing northeast Ohio, regardless of political affiliation,” he said.

Assembling a bicentennial committee to begin planning the city’s 200th birthday celebration in 2018 will be one of the more festive to-dos.

“We try to meet a few times a year with the service clubs, and that will be one of the main topics of discussion early in 2017 in our winter meeting,” the mayor said.

Antoskiewicz said his main focus this year will be building upon the momentum that has quickened over the past few years primarily in the areas of upgrading city facilities, beautification and economic development.

The North Royalton Cemetery is one area in mind.

“We have been working on replacing and repairing headstones, the driveway there was repaired, now we want to do a brick fence too, it’s just a matter of being able to fund it, so we are looking at grants and funding, not only for that but other projects around the city that improve Royalton’s image,” he said.

Continued attention on collaboration with community partners, economic growth and road repair will also be prime areas of concentration.

All these things, he added, keep North Royalton on the path to a better, brighter tomorrow.

“People can see what we have done so far, and we want to keep up that progress. It all started with a lot of subtle changes, but that’s how you get started,” he said, “and then you build on that.”

A solution for the former city hall building and redevelopment of the City Green is high on Nickell’s list.

Razing the old structure, he said, and constructing a three- or four-season multipurpose pavilion is the right choice and is an amenity currently lacking.

“This is our one-time opportunity to provide the North Royalton community with a worthy facility for outside community-centered activities. When you look at cities around us, they have these amenities. A beautiful example of a pavilion is at Berea's Coe Lake or the Keystone Shelter in West Creek Reservation in Parma. In the master plan review, it suggested that we create something like this shelter and that it should add a viewing level to take advantage of the beautiful view across the valley,” he said.

Nickell said he is encouraged by several developments and long-awaited projects happening this year such as the Cedar Estates regional retention basin; continued economic growth; the addition of the Royalton Place senior luxury apartments; and more road and stormwater work.

“I am very excited about North Royalton's prospects.”

As vice chair of the finance committee, Petrusky said his main concern will continue to be finances especially with uncertainty looming.

According to news feeds he follows, it appears as though another recession could be on the horizon.

“Is this country going to slip into a recession? Will it be worse than 2008 and how will it affect the city of North Royalton’s tax receipts?” he said. “Because that will play a major role in our funding of projects and purchases of equipment.”

North Royalton experienced a banner year in terms of collections in 2016 and has a solid cushion of at least $1.5 million carried into 2017.

“That may help us during the rainy days like it did in 2008, but, if the predictions are right, how long will that last?” Petrusky said. “It seems cyclical. Hopefully the predictions are wrong, but you also have to wonder what the Federal Reserve is going to do, how much will interest rates tick up, will they tick up at all?”

Another thing he will eye in 2017 is the expiring rubbish contract.

Both Petrusky and Ward 6 Councilman Dan Kasaris are opposed to automation.

“I’m interested in how the bids come in because the residents I talked to or have emailed me, none of them are in favor of automation, and two of my colleagues have told me the same,” he said.

Langshaw said his goals for the new year include combating blight, working with council to maintain safety services in the wake of the EMS levy failure and maintaining community outreach.

“Council has passed legislation giving the building department more tools they can use out on the front lines to address this issue. I have been working on drafting legislation that I hope to introduce later in the new year that will help continue the positive progress that has been made,” he said.

Ensuring the community's safety is one of the most important responsibilities he believes he has as councilman and vice chair of council’s safety committee. However, the recent failure of the November city EMS levy poses a challenge, he said, going into 2017.

“In the months to come, I plan to work hard with the rest of council and the administration to review how we can ensure that we maintain this vital service and safety forces that residents count on in a time of emergency,” Langshaw said.

As for community outreach, he said keeping Ward 3 residents in the loop will be a continued focus.

“This year alone I have helped more than 130 residents in my ward .. I have held over 45 monthly constituent coffees and have welcomed over 245 new families to my ward as part of my new resident welcome initiative. In addition I also send out a monthly electronic newsletter to residents and they can sign up on my website, danlangshaw.com to receive it,” he said.

“It drives me nuts to have such a beautiful space in the center of town empty,” he said. “I want the evolution of the town center – having the old city hall to having a more resident-welcoming space – to maybe entice the owners of Tonight Tonight to finally reopen.”

The old city hall is something all of council will look to resolve.

“The old city hall … you think about how the community changed since that was a new building. I look forward to transitioning the space in a way that’s respectful to history but maximizes our ability to use the space for the future,” he said.

Continuing to find ways to partner regionally will also be on his to-do list.

“I’ll be continuing to look for ways we can partner regionally for improved services at lower costs. We have cooperative purchasing, regional dispatch, communication with other elected individuals reviewing best practices,” Marnecheck listed as examples.

Hot button issues in the new year will be medical marijuana and fine tuning the deer hunting program.

“How we come up with guidelines and boundaries and how that will be in North Royalton,” he said of medical marijuana. “And, we will have one full deer hunting season in the books. We learned a lot. I think on the balance, it’s been very effective so far, but there’s always room for improvement.”

The Ward 5 seat is vacant with council in the process of appointing a new councilperson.

Kasaris points to several items he is looking forward to: the resurfacing of Edgerton Road, continued pursuit of pedestrian walkways and the reduction of deer-related collisions.

“Holding the line on wastewater rates while still running the wastewater department as the utility it is, getting out in my ward as I do every spring and talking to people to obtain their input on what residents believe we can do better to better serve them, and continued economic development on Route 82 and the Industrial Park,” he said, listing items to tackle in the upcoming year.

Like Marnecheck he too would like to see the former Tonight Tonight building occupied by an upscale restaurant.

“As well as the old Rego’s building occupied in the Timber Ridge Plaza on Sprague Road,” he added. “Finally, I look forward to continuing to work with the mayor in keeping our spending down and keeping our costs low. I’m also looking forward to getting my 1992 Cutlass Supreme with 220,000 miles painted and back on the road.”