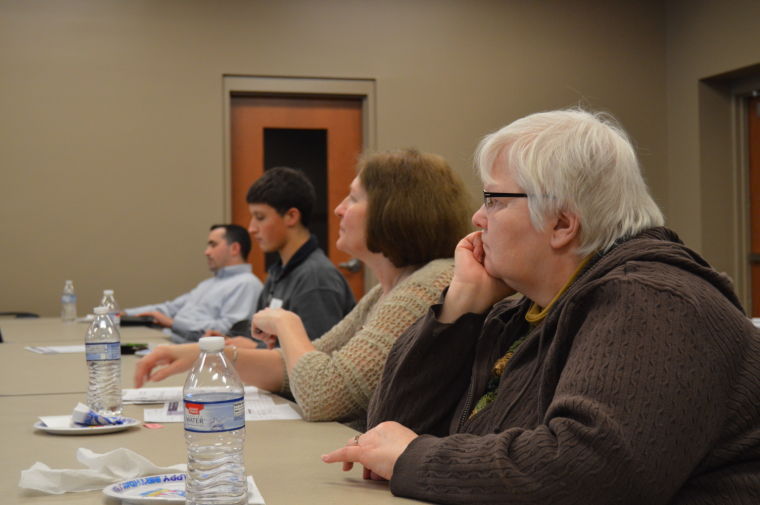 Teams, both new and old, listened in to tips and advice on fundraising and bolstering participation at the Relay for Life of Cuyahoga Valley’s kick off Feb. 25. 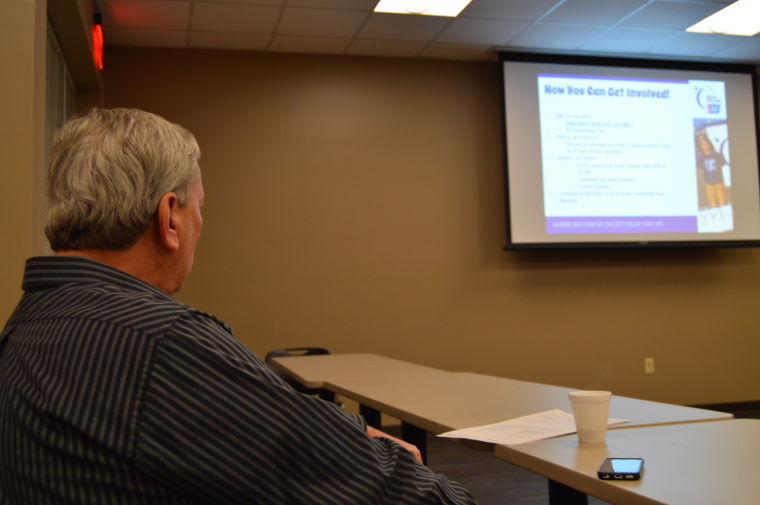 Mayor Bob Stefanik, a cancer survivor, heads up the city hall team every year and will again this time around too.

Teams, both new and old, listened in to tips and advice on fundraising and bolstering participation at the Relay for Life of Cuyahoga Valley’s kick off Feb. 25.

Mayor Bob Stefanik, a cancer survivor, heads up the city hall team every year and will again this time around too.

NORTH ROYALTON – Though it seems far off, like summer in general, the community’s Relay for Life will be here before long.

Members of the relay’s leadership team along with Joelle Kluck, Relay for Life specialist and coordinator, co-hosted an informative night Feb. 25 at the North Royalton City Hall to bring teams up to speed on the event’s progress so far, share fundraising tips and ideas and start sparking excitement and participation.

The Relay for Life of Cuyahoga Valley, as it’s now known, encompasses not only North Royalton but also Broadview Heights and Brecksville. To appeal more to the masses and hopefully boost participation, this 18-hour event has been pared down to six hours locally, 6 p.m. to midnight June 5 at the Broadview Heights Recreation Center fields, located at 9543 Broadview Road.

There are six teams committed to participating, including the two new teams that signed up during the kick off, and they have raised $1,500 so far, collectively. The goal is 12 teams and $20,000.

The theme this year is a birthday party since Relay For Life is celebrating its 30th “birthday” this year, and the event benefits the American Cancer Society, which is devoted to helping creating a world where there are more birthdays and less cancer.

Most agree the Relay for Life is a very entertaining event but one that also serves a very serious purpose, honoring cancer survivors and those who have lost the battle.

Currently dollars raised from this event are given to the American Cancer Society, which locally funds five researchers at the Case Medical Center; the Hope Lodge, which is a 35-bed facility providing free board to cancer patients receiving treatment and their caregiver; and the Road to Recovery Program which provides cancer patients with free rides to and from their appointments.

Though it’s for a serious cause, it is a family-fun event and already there is quite a bit of entertainment lined up for this year’s event.

They are planning to have a DJ the entire six hours, a performance by the local band Velocity, a magician, a balloon twister, a performance by a dance troupe, and other fun activities such as Zumba, Tai Chi, games and themed laps at this year’s relay.

Relay teams will be selling food and other items at their camp sites the night of the event. There will also be a special tribute to the cancer survivors in attendance, as well as a Luminaria Ceremony at dusk to honor and support those fighting cancer and to remember those who lost their fight.

Relay For Life is free, open to the public and fun for all ages.

A few team captains were at the kick off in addition to leadership team members.

Mayor Bob Stefanik, who is again heading up the North Royalton City Hall team, and teammate Ward 3 Councilman Dan Langshaw were both there to listen in on event details. Leadership teammates Ken and Christine Javor, in charge of the entertainment, were there as well. They also co-captain the team Hope Springs Eternal.

But there were some newbies, too, which everyone was encouraged by.

“We are part of the community, but there hasn’t been too much involvement in the community. The relay will be a good thing. We are passionate about raising money and fighting cancer. It’ll be a fun thing for the teenagers to do and be a part of to help,” he said.

For more information on the Relay for Life of Cuyahoga Valley or to sign up or join a team or make a donation, visit the event’s Web site at RelayForLife.org/CuyaValley.