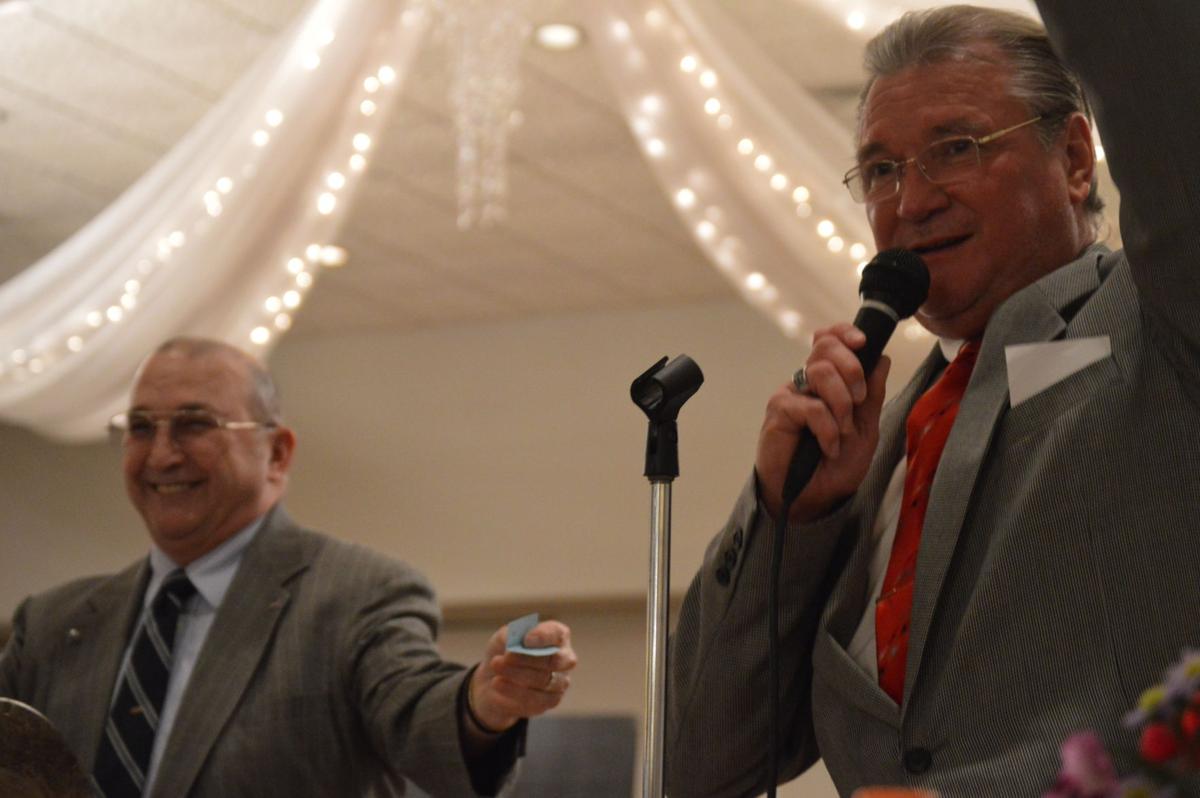 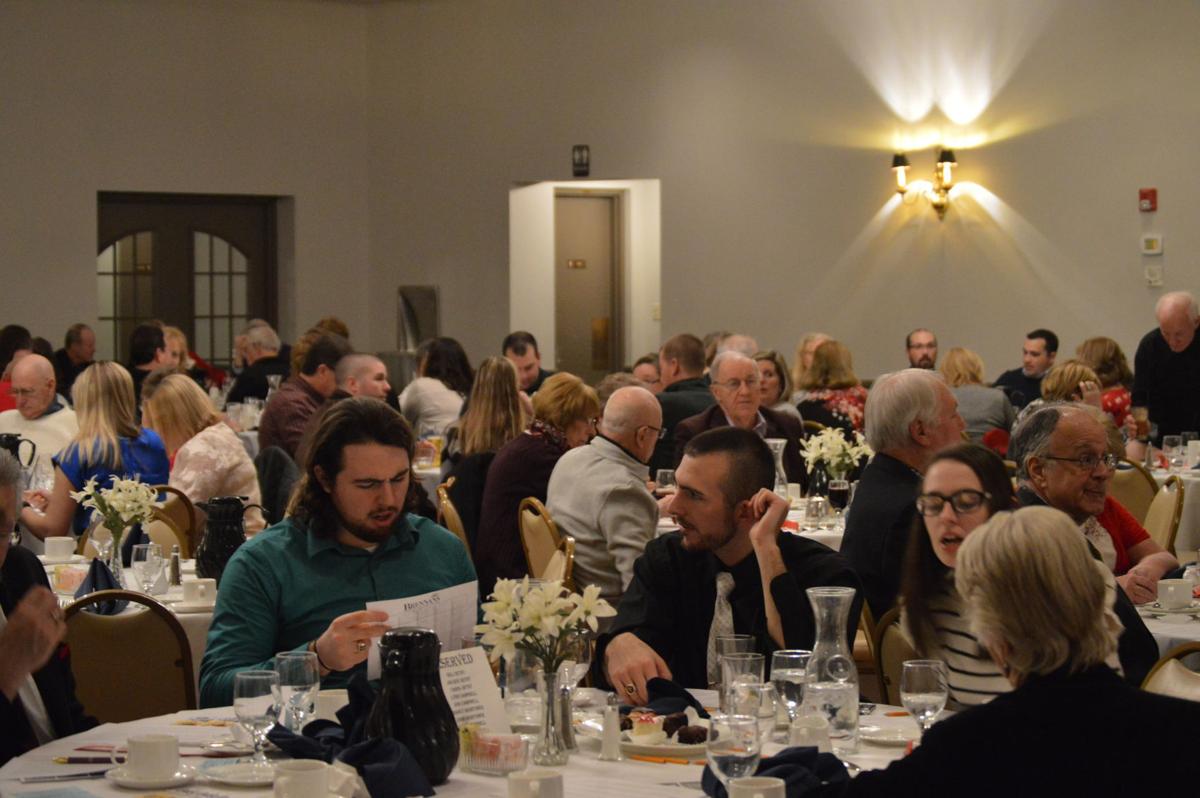 A decent-sized crowd of not only Kiwanians but also business people, city and school officials and residents attended to support the cause. 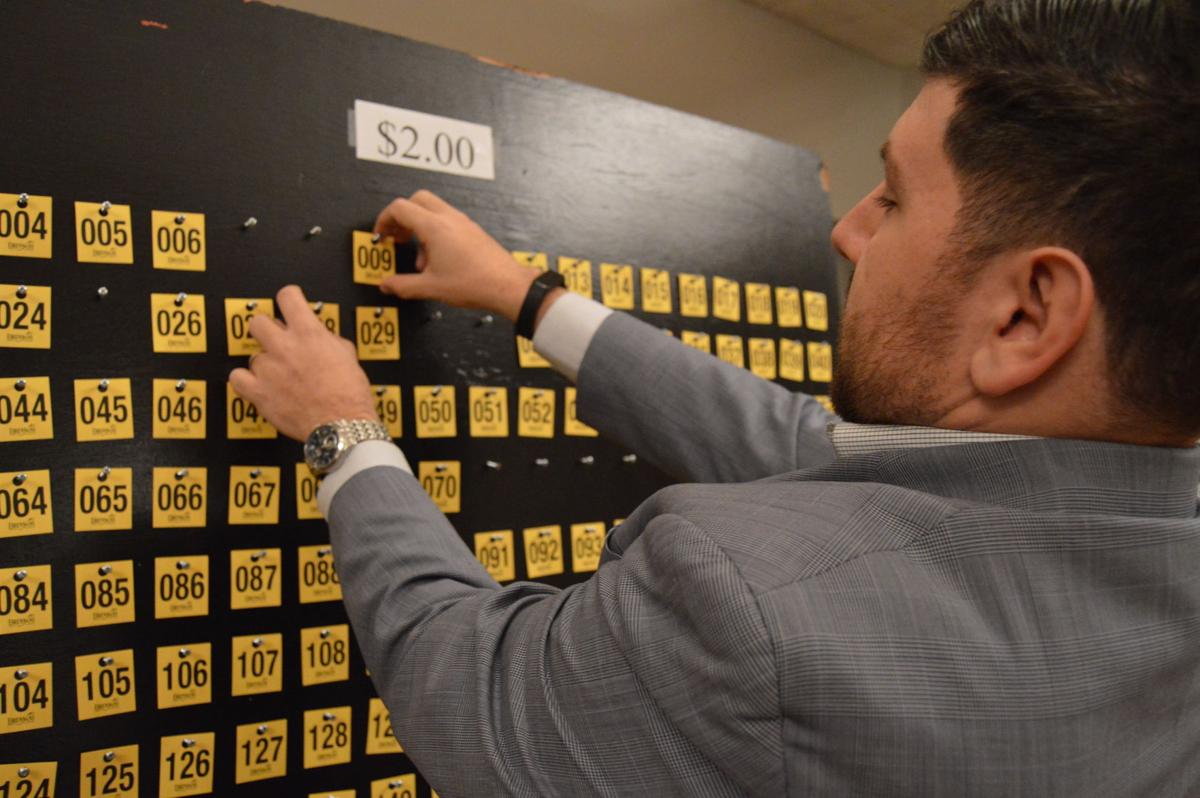 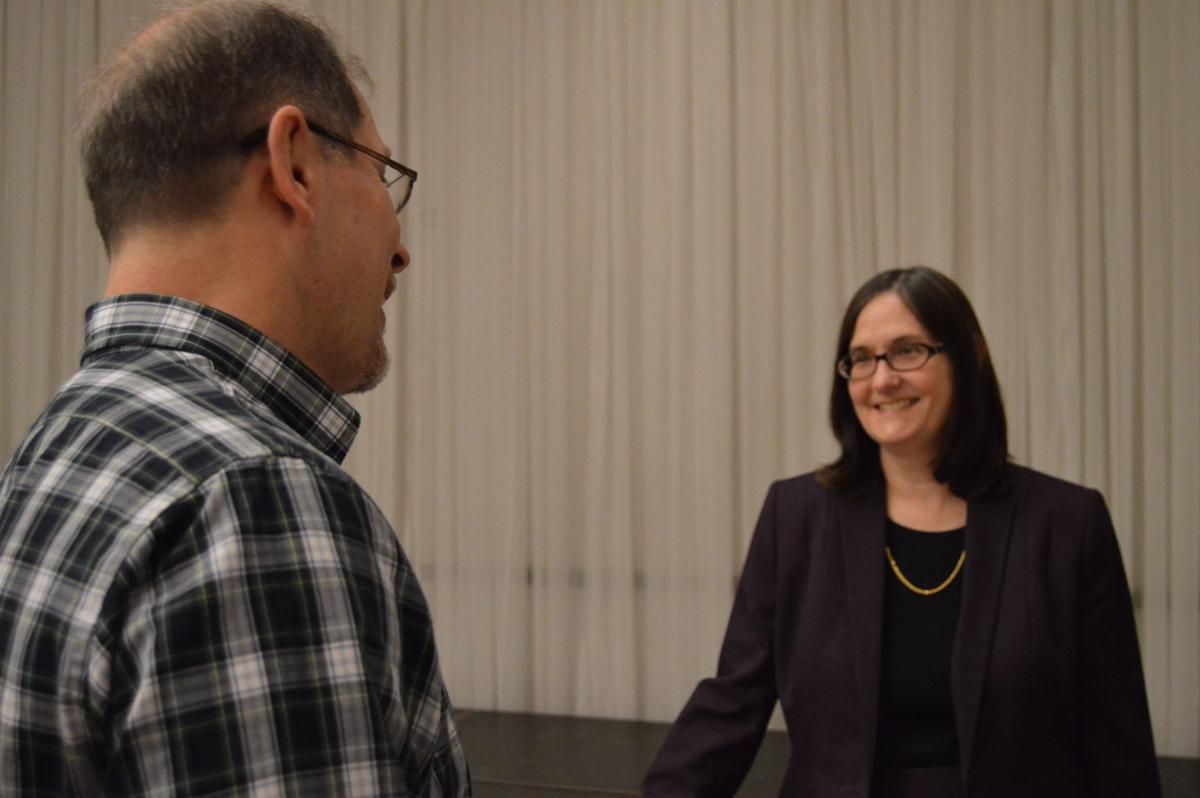 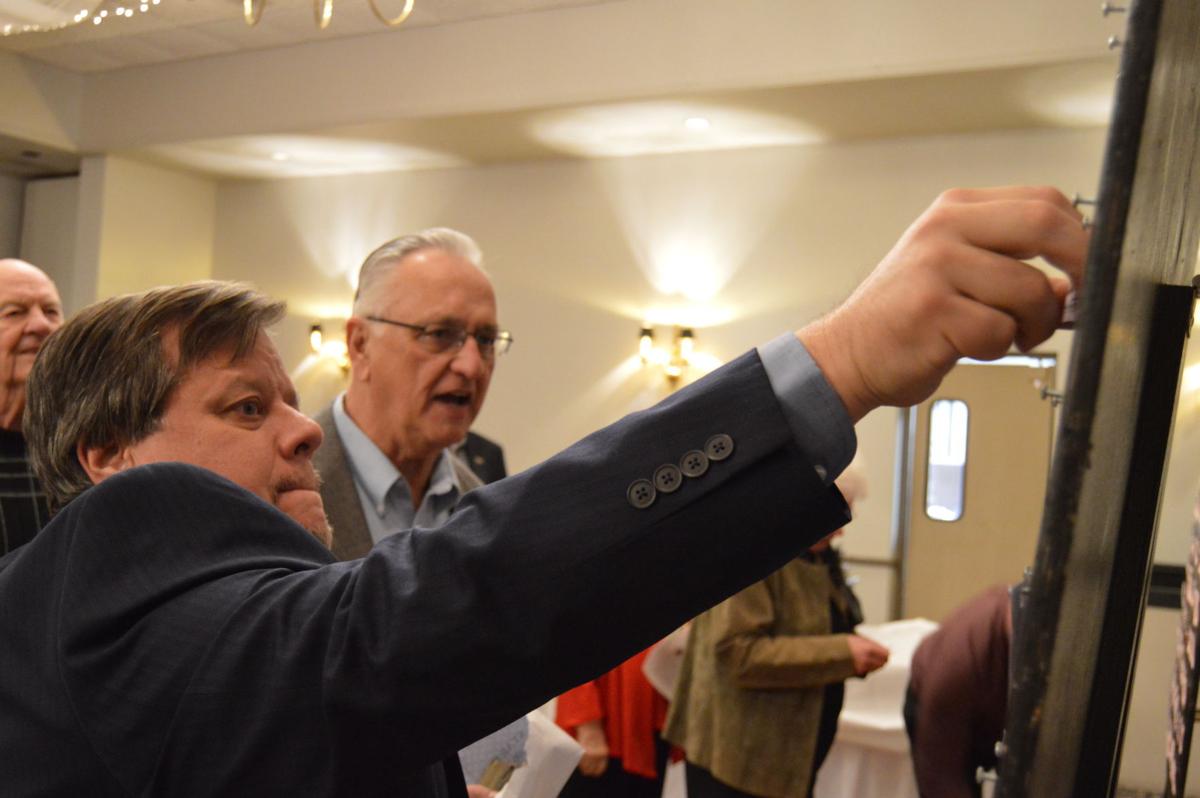 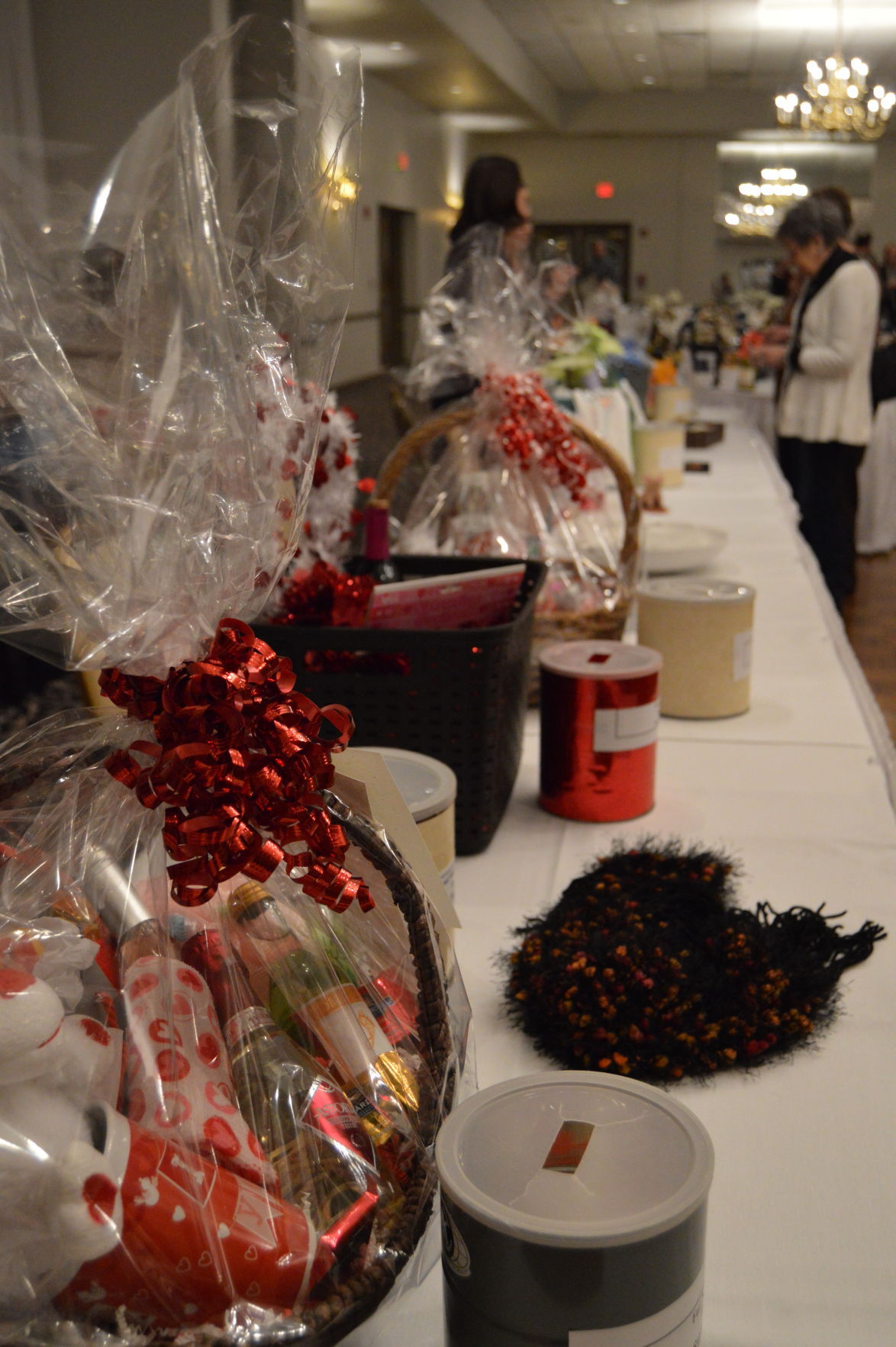 These were several of the baskets, graciously donated by members of the community, up for grabs during the Kiwanis raffle.

A decent-sized crowd of not only Kiwanians but also business people, city and school officials and residents attended to support the cause.

These were several of the baskets, graciously donated by members of the community, up for grabs during the Kiwanis raffle.

NORTH ROYALTON – Community members gathered together to break bread and pool resources with one common goal in mind, “serving the children of the world.”

Every year for more than 40 years, area Kiwanis members, residents and friends and supporters of the club have joined forces at the organization’s reverse raffle for a fun night of dinner, drinks and door prizes to raise money that makes the North Royalton club’s community service projects possible, many of which support children.

This year’s raffle was Feb. 3 at the St. Paul Hellenic Center.

He is happy to give of his time because many of the club’s projects support students.

“Kiwanis is a wonderful organization. They do a lot of service for the community and for our schools, and I’m proud to be affiliated with them,” he said.

Next to Gurka’s board, Mike Fischbach, a Parma Kiwanian, walked up to a sideboard run by Chip Siver, president of the North Royalton Kiwanis Club, and selected several numbers: 38, 55, 90, 130, 144 and 171. Everyone hoped to have the five remaining numbers of the night for a chance at the $2,500 grand prize.

“Whatever hit me when I looked at the board, whatever numbers jumped out at me, I picked,” he said.

He attends every year to support the neighboring club.

“It serves the community,” he simply said. “I’ve been a member for 40 years.”

Siver said this fundraiser is the club’s way of doing what it can to make a difference in the world.

“This is our way of supporting the community and helping to lift where we stand,” he said.

Office on Aging Director Judy Willey was seated at a nearby table. For nine years, she has worked closely with the Kiwanis, primarily through the community’s food pantry, a partnership among the city, Kiwanis and Royal Redeemer Lutheran Church.

Willey believes in the club’s cause so much so that she recently joined to help with the pantry.

“They serve so many in the community from young children to seniors, those in need,” she said. “They are a wonderful group, a very dedicated group.”

Marnecheck, a Kiwanis member, said the group’s cause speaks to him which is why he gives of his time.

“I support them because of the focus on the community and more specifically children. The scholarships, the community service, it speaks to my soul,” he said.

Langshaw, also a Kiwanis member, agrees. He and wife Marissa make a date night of it.

“We love supporting all the great things the club does to help so many in our community. Even if we don’t win a prize, it’s a winning combination.”