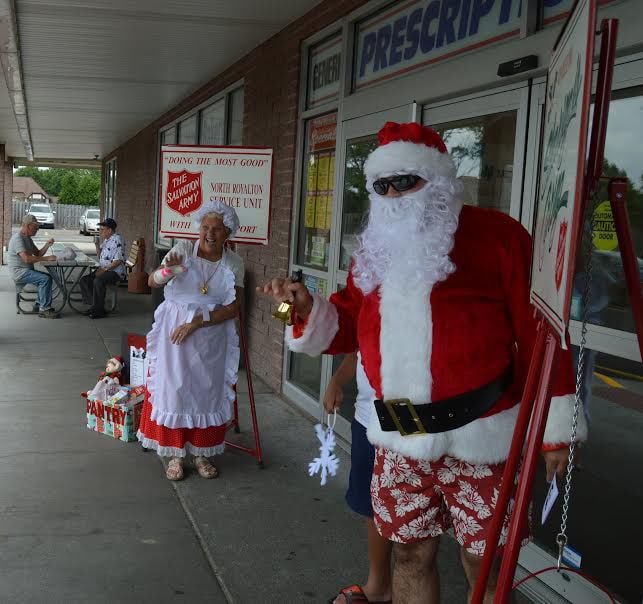 Mr. and Mrs. Santa Claus greet a little girl, not pictured, with a merry welcome as she walks up to say hello. 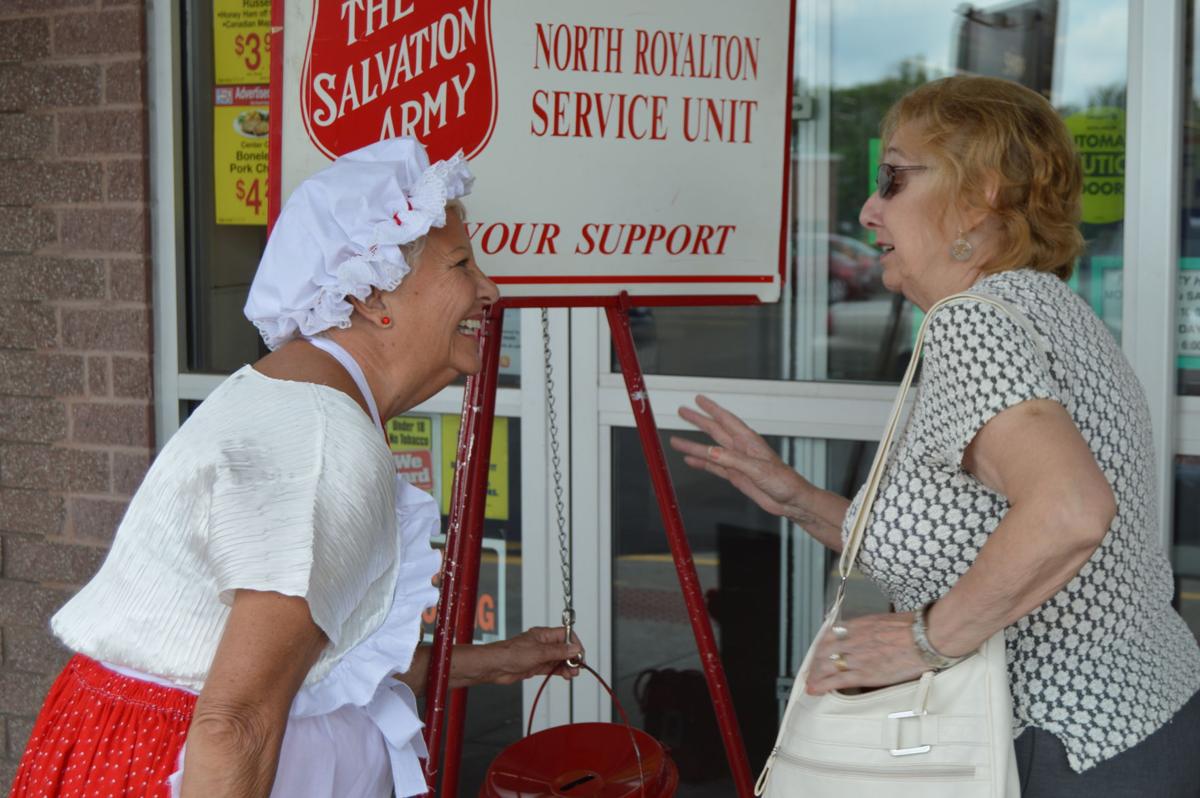 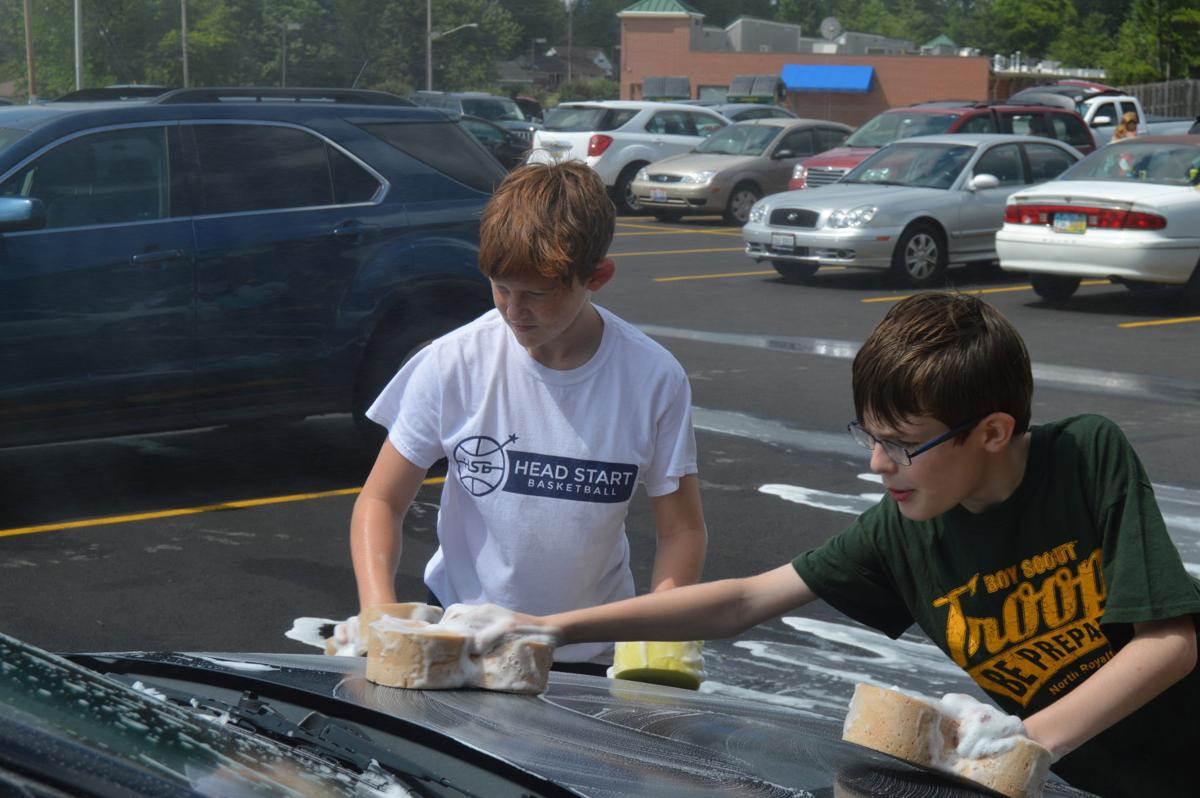 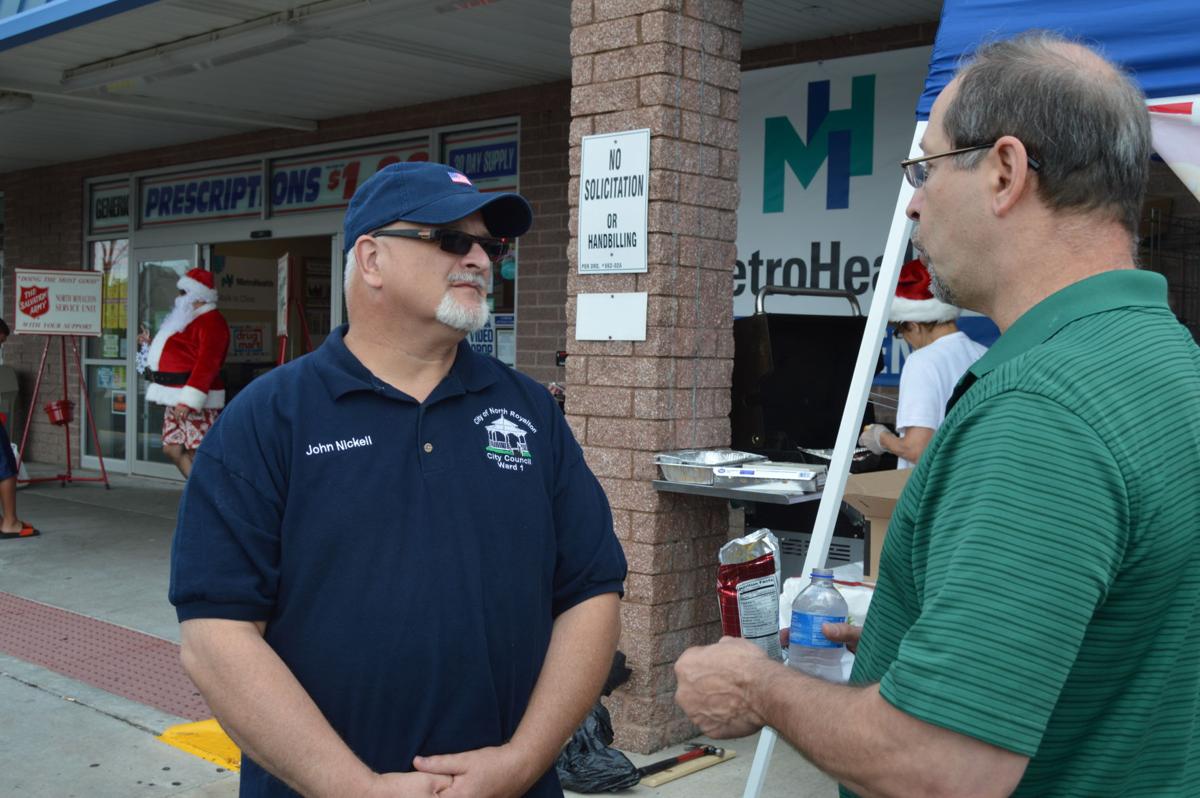 Ward 1 Councilman John Nickell and Council President Larry Antoskiewicz both stopped by to support the cause. Ward 3 Councilman Dan Langshaw is Santa Claus in the background. 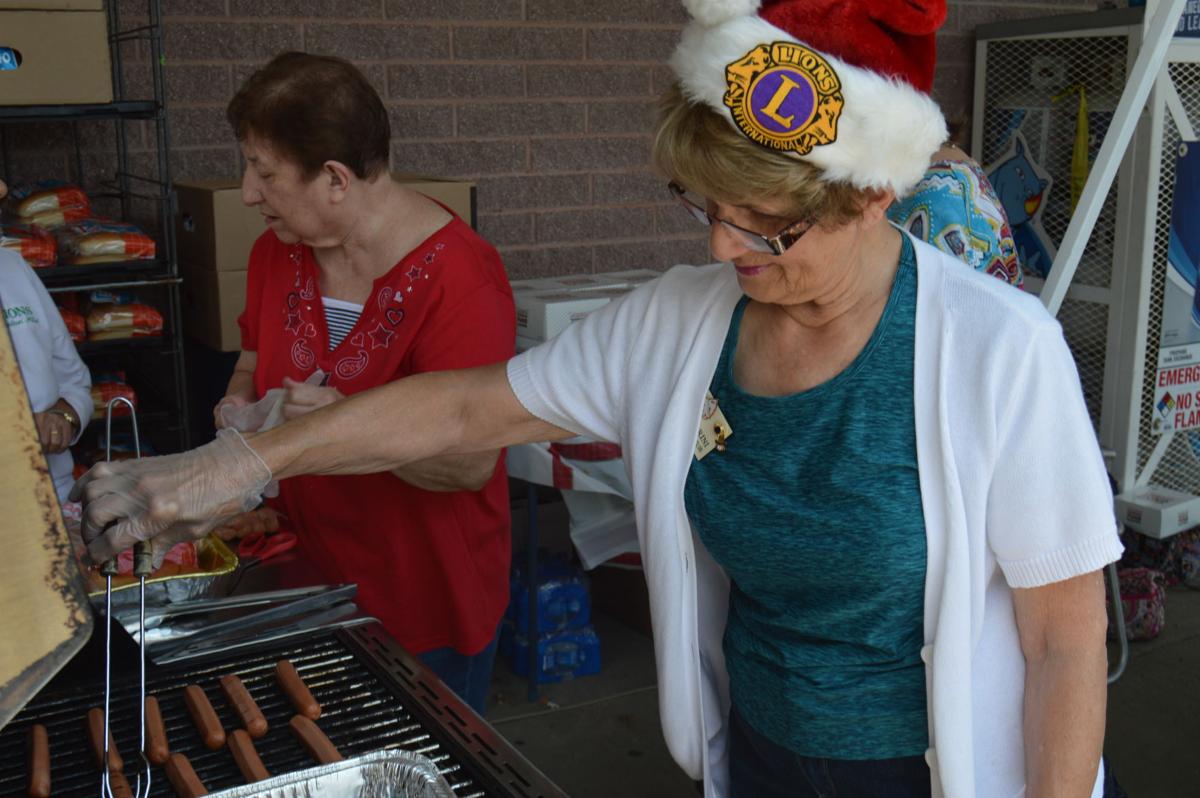 Mr. and Mrs. Santa Claus greet a little girl, not pictured, with a merry welcome as she walks up to say hello.

Ward 1 Councilman John Nickell and Council President Larry Antoskiewicz both stopped by to support the cause. Ward 3 Councilman Dan Langshaw is Santa Claus in the background.

NORTH ROYALTON – Though the holiday season is months away, it’s evident the Christmas spirit never really takes a break in the community.

The Royalton Hills Lions Club, the Office on Aging, Boy Scout Troop 218 and Drug Mart teamed up once again for Christmas in July to make the back-to-school season merry and bright for students whose families need a helping hand financially.

During this one-day, red-kettle event, hosted July 8 at Drug Mart, residents donated $1,000, which will benefit the North Royalton Salvation Army Unit and be put toward providing school-age youngsters with clothing vouchers to the Salvation Army store in Strongsville for back-to-school apparel; purchase gift cards for new shoes; and supplement Operation NR Cares, which provides school supplies to children whose families are in need.

Money is also used for those at risk of utility disconnections and provides short-term housing for the homeless.

Cecylia Dyczko, a longtime North Royalton resident, was one of the many community members who gave.

“I want to help North Royalton. I’ve lived here for over 40 years, my children grew up here and graduated here, my granddaughter even finished school here. It’s a great community,” she said.

Hot dogs, chips and soda were provided by Drug Mart, which were given to residents for a donation and Krispy Kreme doughnuts were available for purchase. While the Royalton Hills Lions grilled up the hot dogs, Boy Scout Troop 218 scrubbed, rinsed and dried shoppers’ cars to pitch in.

Angie Fidel, a Boy Scout mom, said lending a helping hand is what the scouts do.

“It’s a very good community and we want to help out our town. And it’s just a great cause,” she said while her son Darren, 10, and scout Connor Krause, 13, scrubbed down a car.

“This is a great gathering of a lot of organizations coming together – the Boy Scouts, the Office on Aging, the Royalton Hills Lions, Drug Mart – earning money for the community that stays in the community,” she said.

“This is a nice reminder of all the hard work the Royalton Hills Lions does and Boy Scout Troop 218,” Antoskiewicz said. “It gives people coming to Drug Mart a nice break and it makes you stop and think about the joy of the Christmas season but also how that need we see at Christmas time, it never really goes away.”

Debra Burrows, outreach specialist for the Office on Aging, said she is grateful to live in such a giving community.

“This is what Salvation Army is all about, giving to those in need. What a generous community we live in,” she said. “It’s wonderful to know they have our backs.”