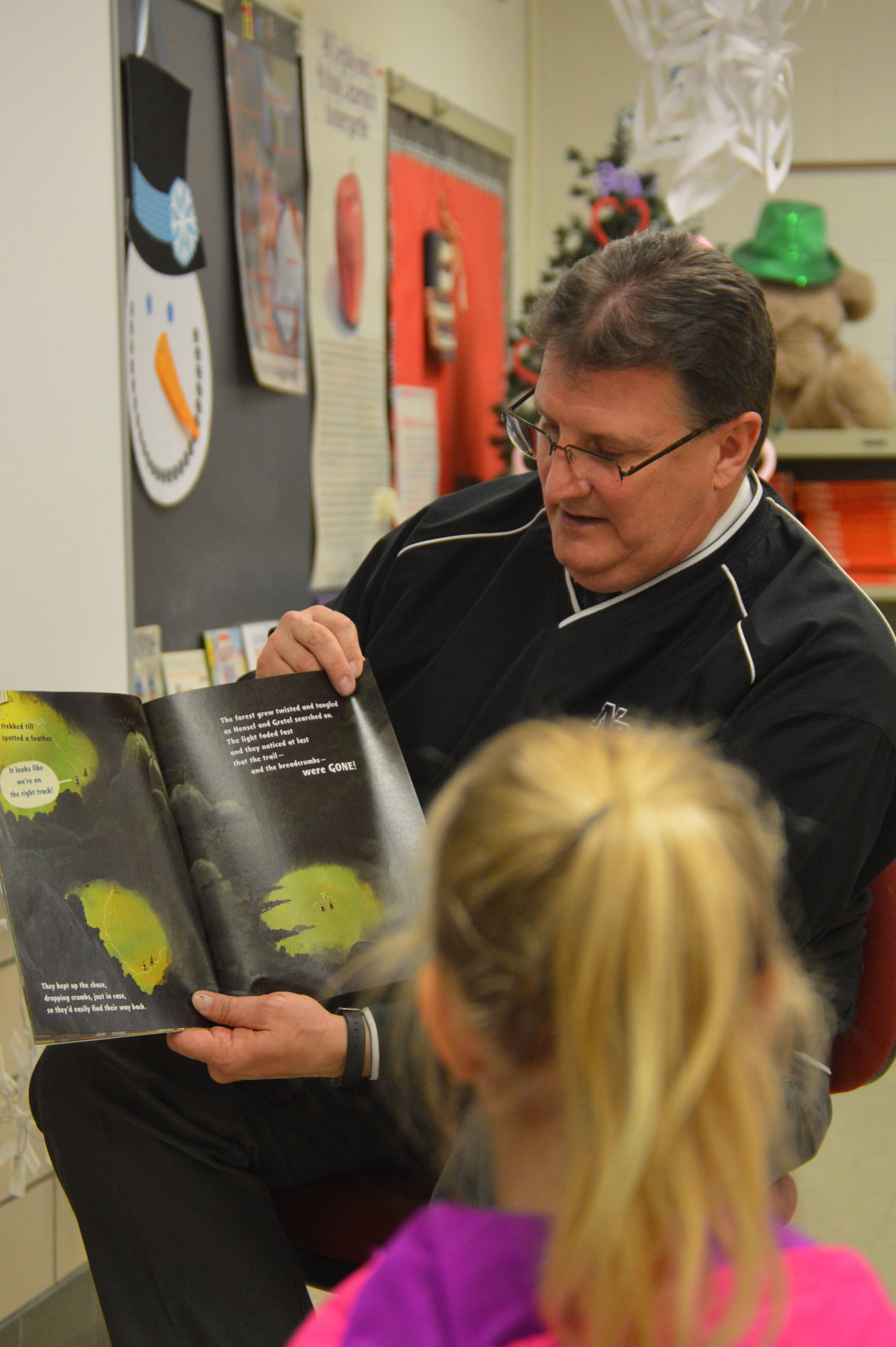 Students were treated to a book from their very own Superintendent Greg Gurka who gave a very animated rendition of “Hensel and Gretel Ninja Chicks.” 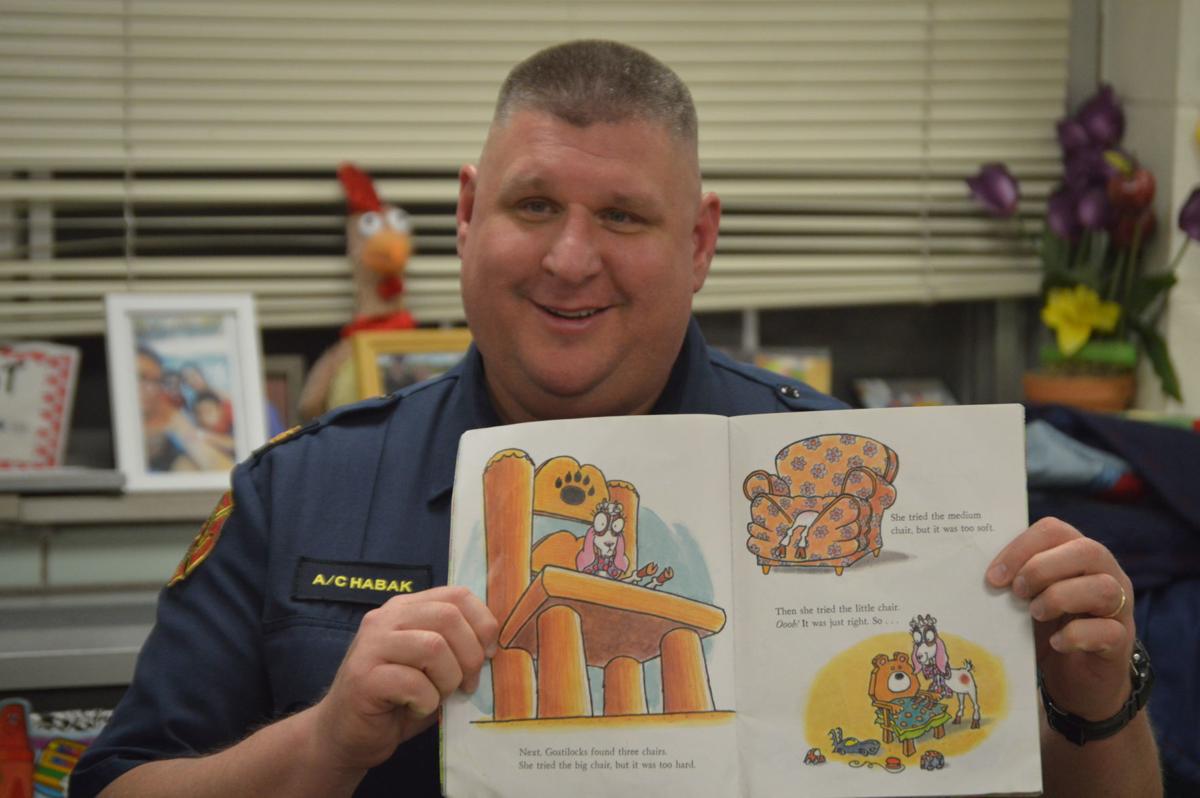 Assistant Fire Chief Tom Habak shows the kids the pictures of the book he is reading, “Goatilocks and the Three Bears,” which got a few silly giggles. 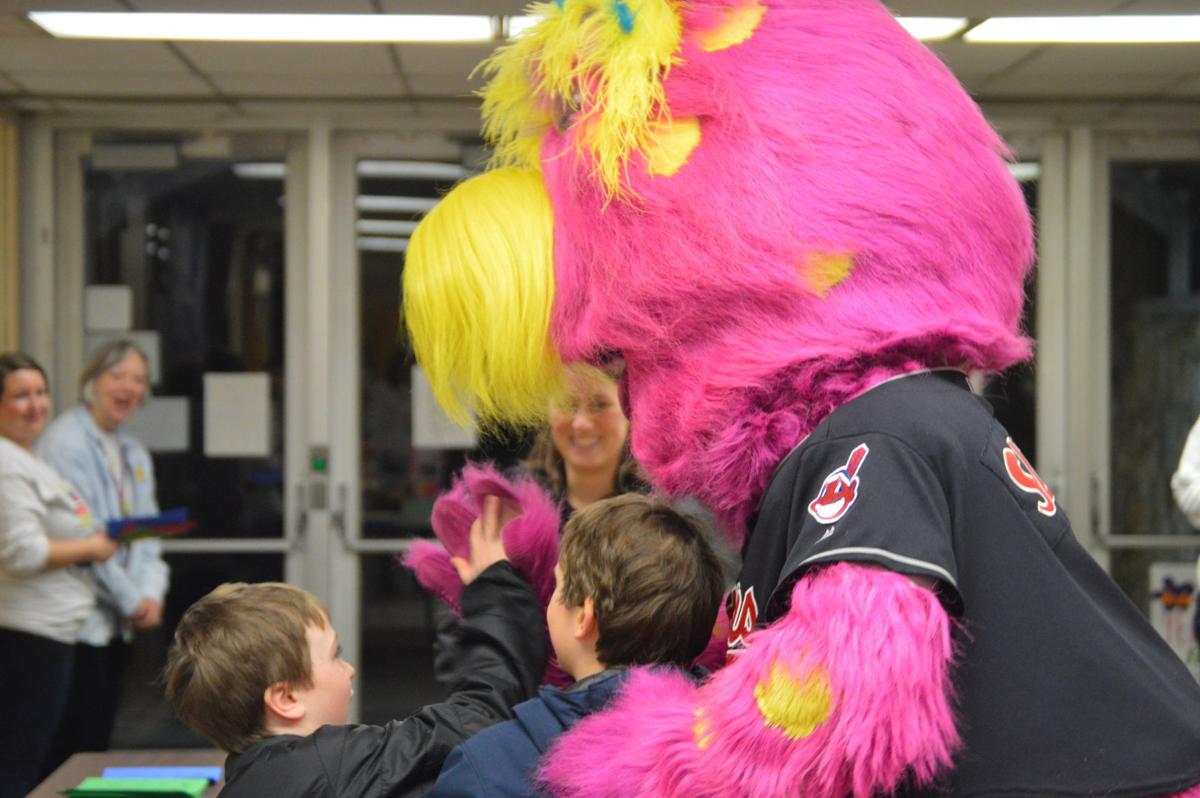 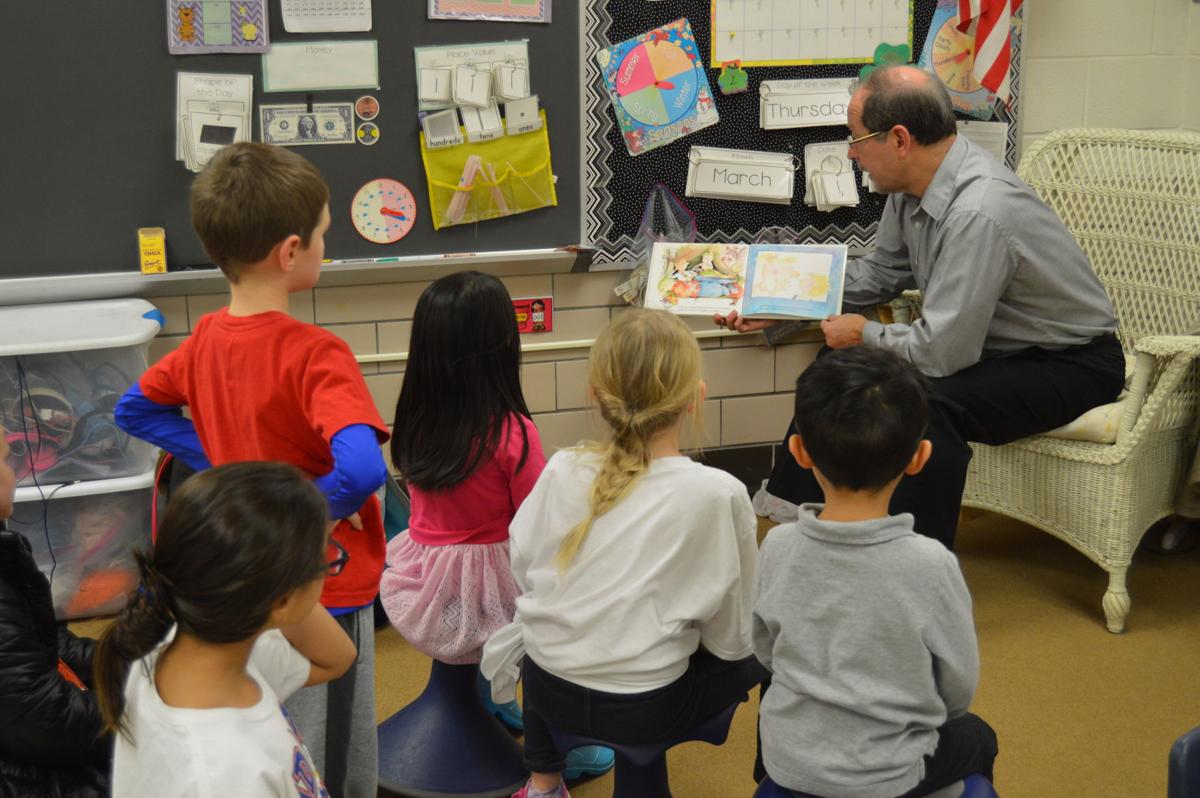 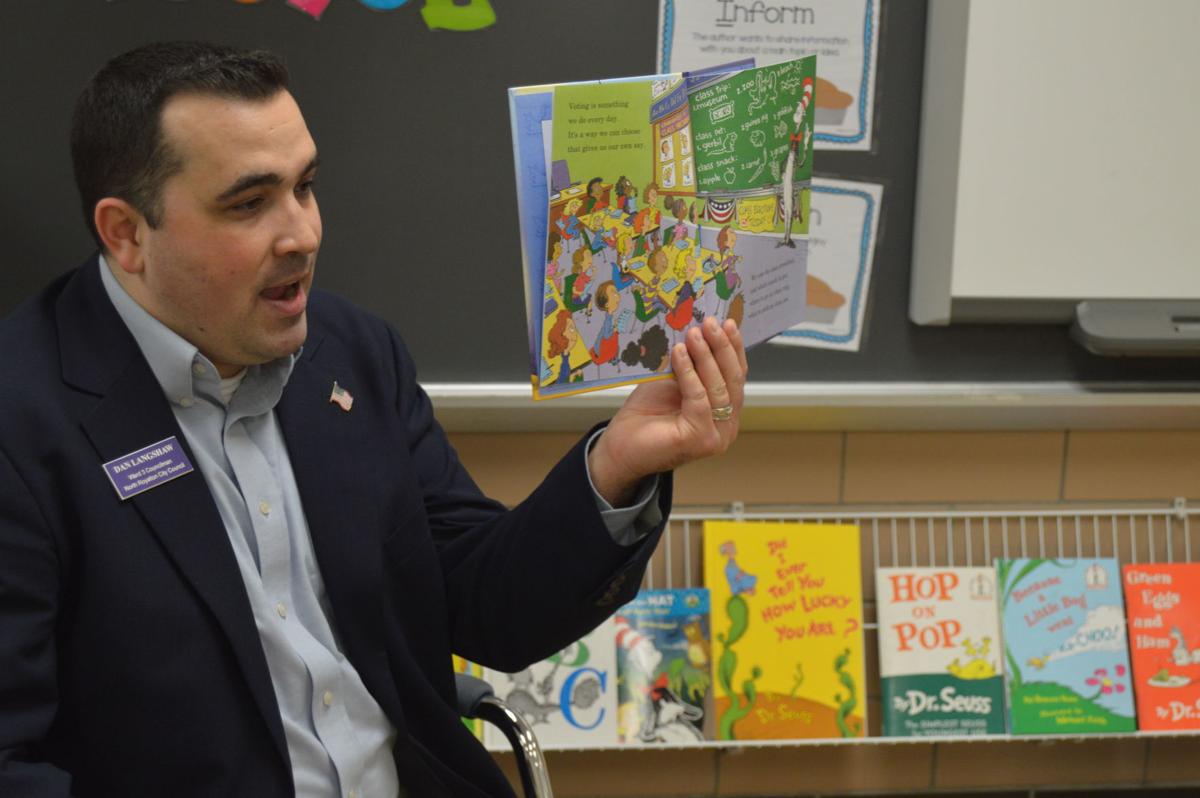 Ward 3 Councilman Dan Langshaw read a book he donated to Royal View called “One Vote, Two Vote, I Vote, You Vote,” which was a lighthearted lesson in politics.

Students were treated to a book from their very own Superintendent Greg Gurka who gave a very animated rendition of “Hensel and Gretel Ninja Chicks.”

Assistant Fire Chief Tom Habak shows the kids the pictures of the book he is reading, “Goatilocks and the Three Bears,” which got a few silly giggles.

Ward 3 Councilman Dan Langshaw read a book he donated to Royal View called “One Vote, Two Vote, I Vote, You Vote,” which was a lighthearted lesson in politics.

NORTH ROYALTON – You’re never too old, too wacky, too wild, to pick up a book and read to a child.

Even Slider, the Cleveland Indians’ mascot, and Clifford the Big Red Dog dropped by to cheer youngsters on and celebrate the importance of reading.

“Eat it!” one child guessed.

Afterward, he shared why he loves this.

“I love to read too,” his own third-grader Lexi interjected proudly.

“I did this even before my kids were up here and now that they go to school here, it’s extra special,” Habak smiled.

Christian Cotrau and his son Noah, 5, listened to Habak read.

“Noah is a preschooler and I wanted to participate since this is his first time. His mom reads a lot to him, and I try as much as I can,” he said.

Elizabeth Bogoi, 7, was excited to attend the event and had one thing on her mind.

“The book fair!” she said, hoping to take some goodies home.

Down the hall, a very animated Gurka was reading “Hensel and Gretel Ninja Chicks” to a group of students.

“Whoa, somebody threw a pan!” he said, peppering the book with his own commentary.

Things got a little electrifying during Antoskiewicz’s reading too but for different reasons. As he was reciting pages of, “Prince Cinders,” a funny boy version of “Cinderella”, the room fell pitch black for a few seconds when the power went out briefly as the snowstorm blew through.

“That was exciting,” one mom thought aloud as the power returned.

“I thought I was going to have to tell a little bit different story,” Antoskiewicz chuckled.

He continued on with the fate of Prince Cinders’ evil brothers whom his new bride, “’turned into house fairies and they flitted around the palace doing the housework forever and ever.’”

Across the room, Langshaw was reading a very appropriate book: “One Vote, Two Votes, I Vote, You Vote.”

“’We also elect sheriffs and mayors and such. Do local elections count?’ I hope so,” he said as an aside. “’You bet, just as much!”

Afterward, he donated the book to the school media center.

“So kids that can’t enjoy it today, can enjoy it throughout the school year. This event is a lot of fun. I’m excited Mr. Pavelich invited me to come back. I love doing this kind of stuff,” he said.

Principal Kirk Pavelich said he hopes the fun and enjoyment of the night continues on for families.

“We want to encourage parents to read to their children, for children to say, ‘I really liked it when the fireman read me a story, will you read me a story?’ he said. “We want the importance of tonight to carry over into the home.”