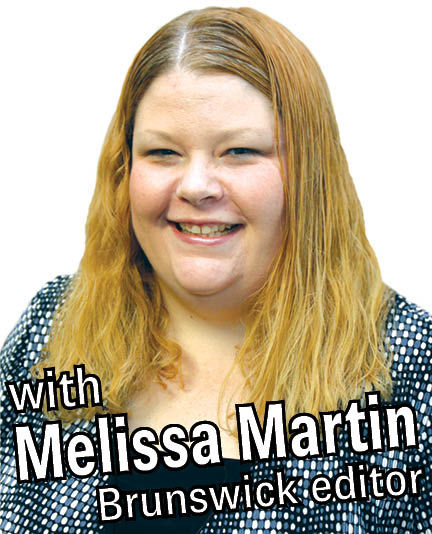 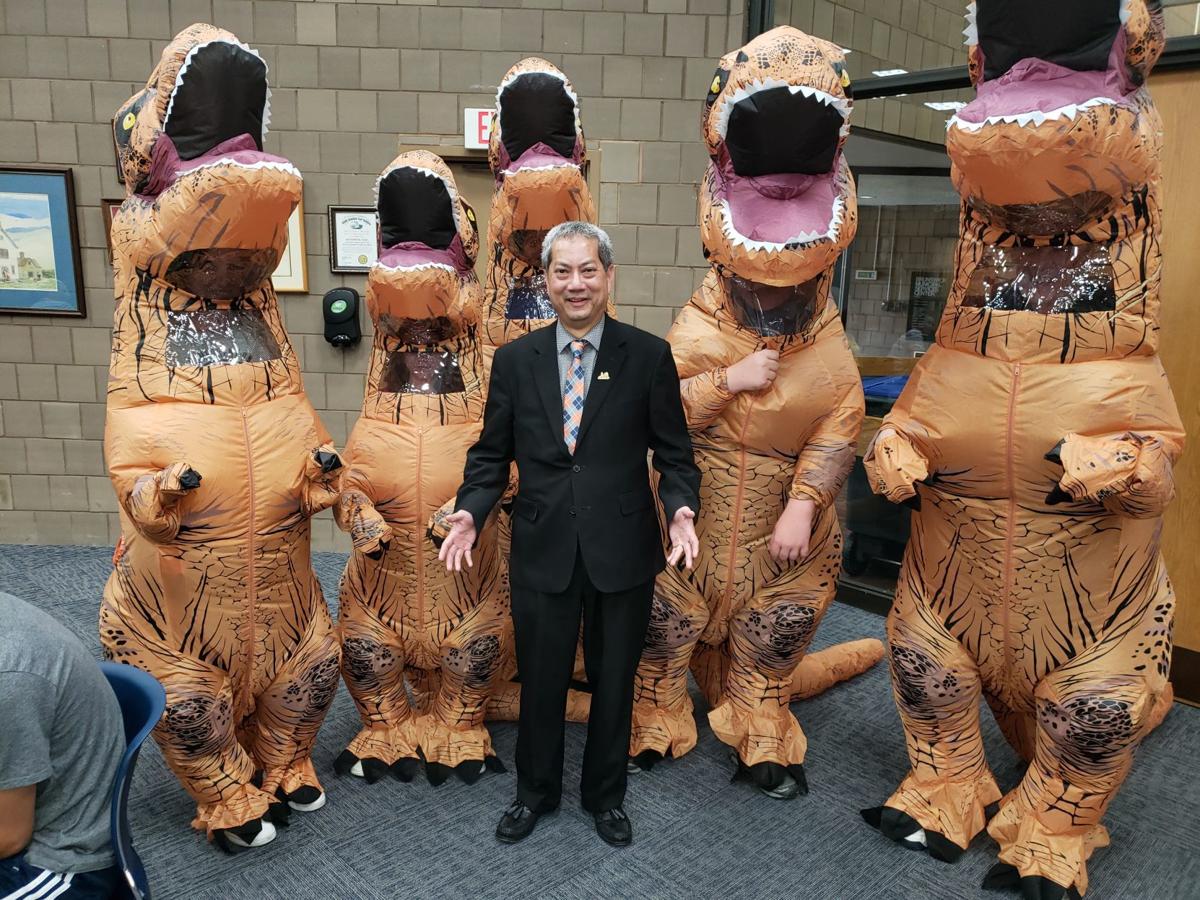 If the dinosaurs that showed up at the July 22 city council meeting taught us anything this week, it’s that we, as a community, have the power to determine what happens at Brunswick Lake and Brunswick Town Center. We just have to start speaking up.

If the dinosaurs that showed up at the July 22 city council meeting taught us anything this week, it’s that we, as a community, have the power to determine what happens at Brunswick Lake and Brunswick Town Center. We just have to start speaking up.

I heard a really good joke the other day that I just had to share with you. It goes like this.

So these five dinosaurs walk into city hall…

No, wait. I’m sorry. That part’s not a joke, but I can attest that it sure did make for some unexpected and well-appreciated laughs.

As you can tell from this week’s cover teaser, five inflatable tyrannosaurus rexes, seemingly in hysterics, were indeed the highlight of this week’s city council meeting. In fact, the only thing that might have made the entire situation even funnier is if those costumes actually had been adorned by the city council members themselves. Even though several of my Facebook friends questioned me earlier this week asking if that was actually the case, I’m sad to report it was not. Still, that didn’t stop me and several others from giggling for the entire duration of the meeting anyway – especially when the dinosaurs stood along with the rest of us to recite the Pledge of Allegiance. As you can imagine, those short, little arms of theirs definitely weren’t long enough to put over their hearts, but, as another reporter friend of mine and I can attest, it sure was fun watching them try!

But alas, the dinosaurs were in attendance as somewhat of a protest and to bring attention to the fact that the Medina County Park District plans to remove a hidden gem, the Dino Trail, from Brunswick Lake Park. Don’t worry. If you never knew that trail even existed, you’re not alone. There was little fanfare when Brunswick Art Works (a community group dedicated to the promotion of the arts throughout Brunswick that no longer exists) got permission from the city to install it at the lake six years ago. There weren’t any ribbon cuttings when it was completed and any attempts to make the public aware of the educational gem we have right here in our community have been practically nonexistent over the years, which is truly a shame.

Coincidentally, if you never knew about the Dino Trail, there’s a good chance you also might not be aware that the shores of Brunswick Lake are also home to a human sundial. Yes, Brunswick Art Works was responsible for securing the funding to build that, too, also getting permission from the city to build it at Brunswick Lake Park, which has historically been referred to as the city’s “crown jewel.”

For you newbies here in the city, when the plans for Brunswick Town Center were approved almost 20 years ago now, the plan was to build a true town center for the community that centered around Brunswick Lake. Since the city did away with its actual town center at the intersection of Center and Pearl roads decades ago, the idea was to recreate that one place where the community could shop, live, play and gather.

Believe it or not, community was always supposed to be the special planning district’s central focus. Those fake second stories on the buildings along Town Center Boulevard? Yeah, those were supposed to be actual apartments. The shops below were expected to be just the first phase of retail development which was expected to continue into subsequent phases of small shops and restaurants – think Medina Square, but on the water. And the pathways that are around the lake? Those were supposed to be trails leading – safely, I may add – from the lake, which was expected to feature an upscale park area, an amphitheater, two picturesque bridges and other elements residents and visitors of all ages could enjoy.

To say those plans fell way short, thanks to a combination of shoddy developers, impatient city officials, squeaky wheels and poor timing, is an understatement. What we’ve actually been given is far less than any of us deserve for a “crown jewel.”

Though none of us has the authority or the power to change any of that now, what remains of utmost importance is that we as a city need to remember we still have control over one element at Town Center – Brunswick Lake Park. Though the city may have signed on to have the Medina County Park District oversee operations and maintenance of the park, the city made certain when formulating that contract that the city would continue to retain the ultimate say in how the property is developed in perpetuity. Which brings me back to the fate of the good, old Dino Trail.

Yes, the park district may have created a master plan for the site that, for one reason or another, does not include the Dino Trail (the sundial will stay). But the community needs to remember that plan is not set in stone – yet. If the community wants it to stay, it can. If we don’t want the park to turn into merely the couple boat ramps, restrooms and fishing piers the park district has proposed for the site, we still have the power to change that and make this park the place the entire community wants it to be. However, it’s going to take voices, folks. Unfortunately, I’ve seen quite a bit of complacency in the community in recent years – people who sit back and watch and then sit back and complain when we end up with nothing more than a big old pond with a fantastic view of dumpsters and the back side of a major supermarket.

If we don’t want a repeat of that – or worse – it’s time to start speaking up.

I am the artist and paleontologist who worked with the Artworks to design and install the Dino Trail. I want to thank Melissa for her great remarks on this subject and the future of Brunswick Lake Park, and urging readers to let their views be known. In order to allow you to more easily do that, and to have more background on the history and many benefits of the Dino Trail, please see my summary at the following link, which includes (at the end) a list of contact numbers for city and county officials. Thank you very much! Glen Kuban http://paleo.cc/dino-trail.htm