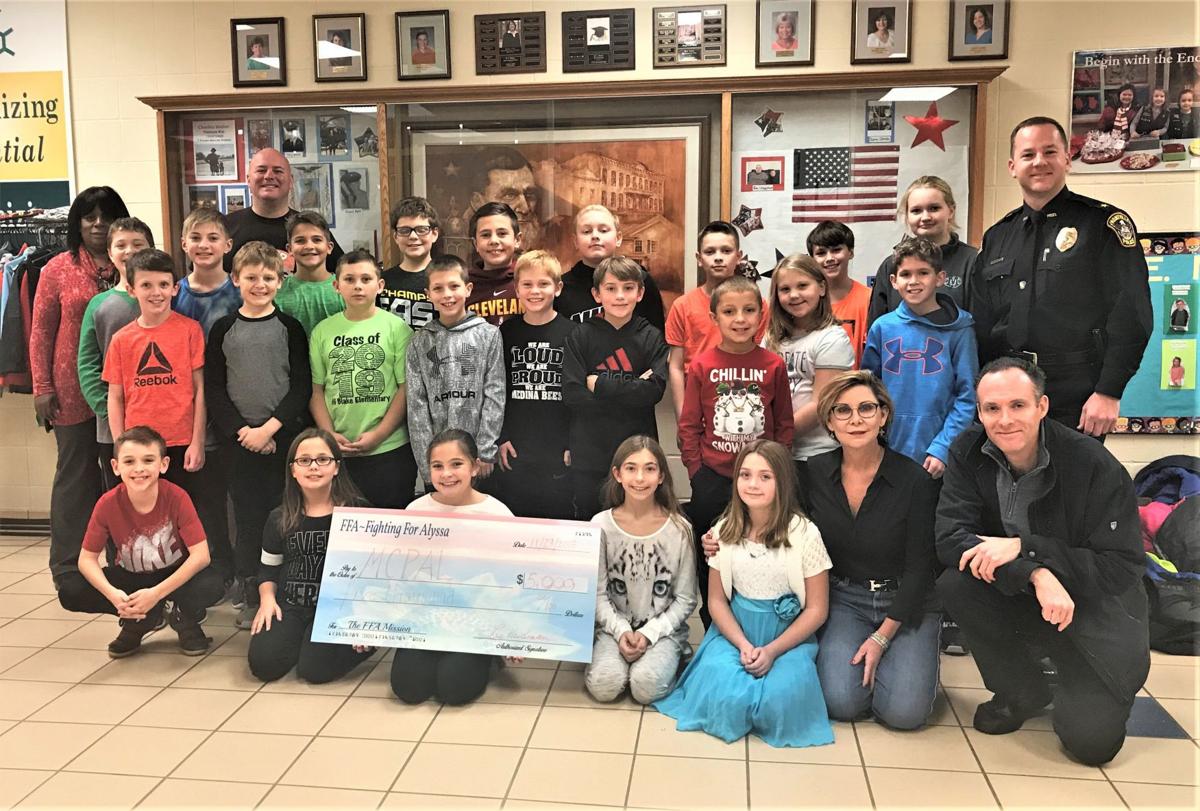 Participants in the Police Athletic League program at H.G. Blake Elementary School accept a $5,000 donation from the Fighting for Alyssa Foundation. 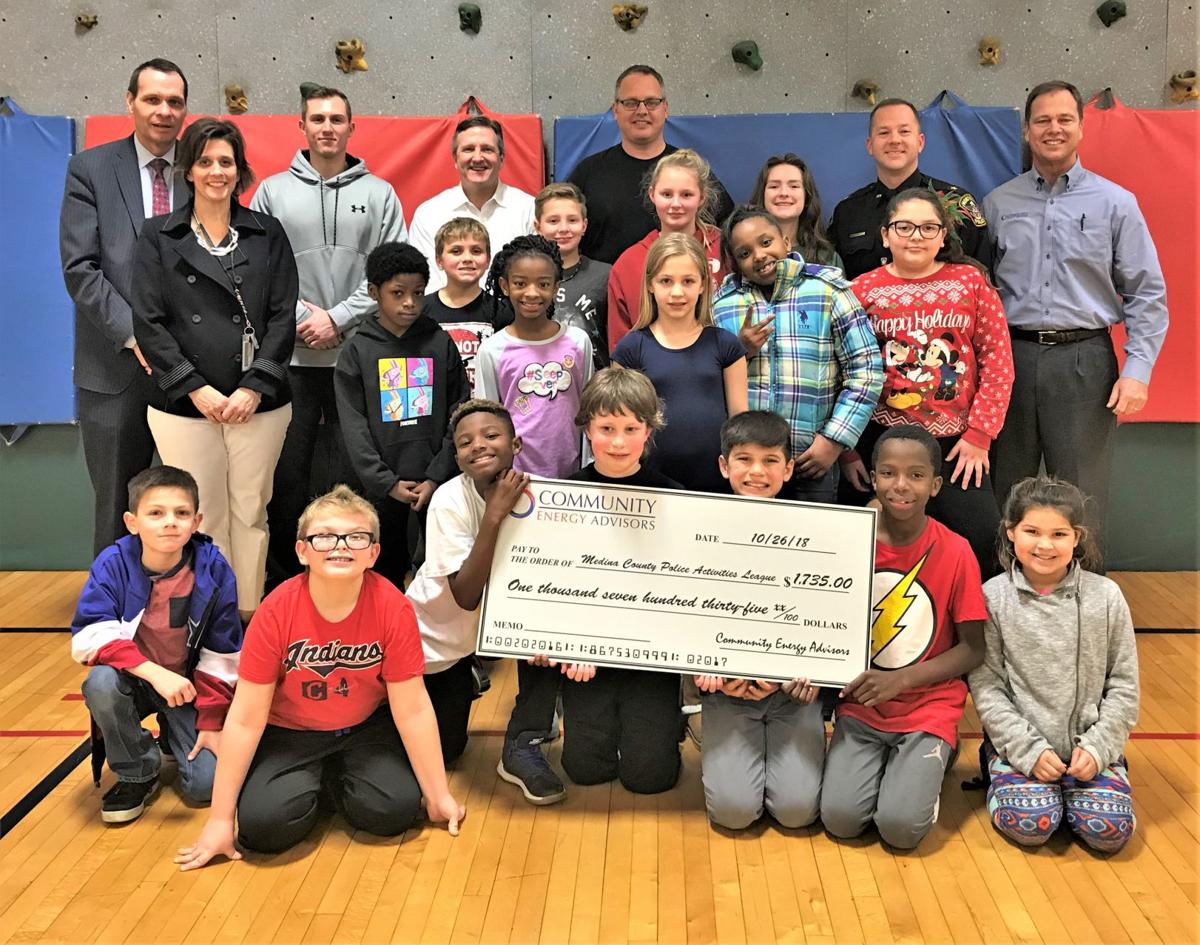 Participants in the Police Athletic League program at H.G. Blake Elementary School accept a $5,000 donation from the Fighting for Alyssa Foundation.

MONTVILLE – Township trustees here started the new year with some good news about the Medina County Police Activities League when they held their first meeting of 2019.

The organization is active in most parts of the county but operates under the direction of Montville Police Chief Terry Grice, who serves as its executive director.

Grice informed trustees that MCPAL was presented with a $5,000 check from the Fighting for Alyssa Foundation and $2,000 from Community Energy Advisors.

Lea Heidman and Brian Malone, founders of Fighting for Alyssa, visited MCPAL at H.G. Blake Elementary School to present the $5,000 check for MCPAL and heard from kids there what they love about MCPAL and why this program is so important.

“I am happy to be able to help such a worthwhile program; it is evident that the kids are benefiting from their participation in MCPAL,” Heidman said.

The cooperation between MCPAL and Fighting for Alyssa is a two-way street. MCPAL had about 25 people register and participate in a road run and kite fest to benefit the Fighting for Alyssa foundation last fall. MCPAL participants represented the Montville, Medina and Brunswick police departments.

Fighting for Alyssa is a nonprofit organization dedicated to awareness, prevention and treatment of substance abuse and addiction.

MCPAL was also chosen as the recipient of the proceeds from a drawing held during an event organized by Community Energy Advisors at Hill and Dale Sportsman Club.

Rick Davidson, event organizer and principal of Community Energy Advisor said, “Programs, like MCPAL strengthen our community and help shape our youth, we are happy to be able to support their endeavors.”

“We are very appreciative to be recognized by these organizations, having community partnerships and support like this is imperative to MCPAL,” Grice said.

MCPAL serves as a community youth crime prevention program by building trust, understanding and respect between police officers and youth through educational, athletic, and recreational activities. They meet bi-weekly at 10 schools throughout Medina County, operate a food pantry and the Medina County Law Enforcement Explorer’s.

Montville trustees plan to attend a public meeting scheduled from 6-8 p.m. Feb. 7 by the Ohio Department of Transportation.

The meeting will be held at the Montville administration building and will include a presentation of ODOT plans to build a roundabout at the intersection of state Routes 3 and 162.

The meeting will be an open house format in which visitors can talk one-on-one with members of the project team, view exhibits, ask questions and express comments or concerns they have about the project.

If you cannot attend this meeting, written comments regarding this project may be sent to ODOT District 3, 906 Clark Avenue, Ashland, 44805-1989.