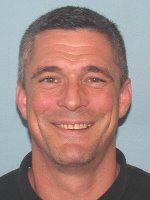 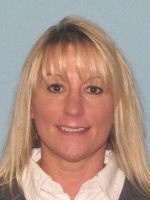 MEDINA – A 45-year-old city resident pleaded guilty to involuntary manslaughter for his role in the 2017 overdose death of a 41-year-old man.

Timothy M. Thomas was sentenced to four years in prison by Medina County Court of Common Pleas Judge Joyce Kimbler Sept. 24. The offense is a first-degree felony. Thomas was also found guilty of corrupting another with drugs, second-degree felony; tampering with evidence, third-degree; cultivation of marijuana, fifth-degree; and possession of marijuana, fifth-degree.

“(This is) a case of an OD death where we tracked down a dealer and charged him with involuntary manslaughter,” Medina Police Chief Ed Kinney said. “If you sell dope in the city and someone dies, you’re going to go to prison.”

Kinney said all overdose deaths are treated “like any full-blown investigation” in order to combat local trafficking.

“It’s pretty much our standard approach,” Kinney said. “If it results in death, we are going to charge that individual (supplier).”

Paul Antonace, 41, of Grove Lane, died Oct. 13, 2017. His death was ruled by the Medina County Coroner to be the result of an overdose on fentanyl, a synthetic, medical-grade opioid narcotic similar to heroin. According to reports, Medina police and paramedics responded to Antonace’s residence on a report of an unconscious male at 9:58 a.m. He was reportedly dead on arrival.

Antonace’s wife, Maria Antonace, 49, was also charged with involuntary manslaughter and corrupting another with drugs. She ultimately pleaded guilty to the corruption charge, a second-degree felony, and received two years in prison Sept. 24 after she testified as a witness in Thomas’ trial, according to court documents.

During the initial investigation, Medina Police and the Medina County Drug Task Force reported they discovered sufficient evidence to believe Thomas and Maria Antonace provided the fentanyl that led to Paul Antonace’s death.

Maria Antonace was arrested April 5 on a warrant by Medina Police and was held in the Medina County Jail on $50,000 bond.

Thomas was arrested during the 2017 death investigation for allegedly tampering with evidence at the scene. After posting bond on that charge, Thomas was indicted for marijuana cultivation and possession in December 2017 after task force agents allegedly discovered over a pound of marijuana during a search of his Brandywine Drive home.