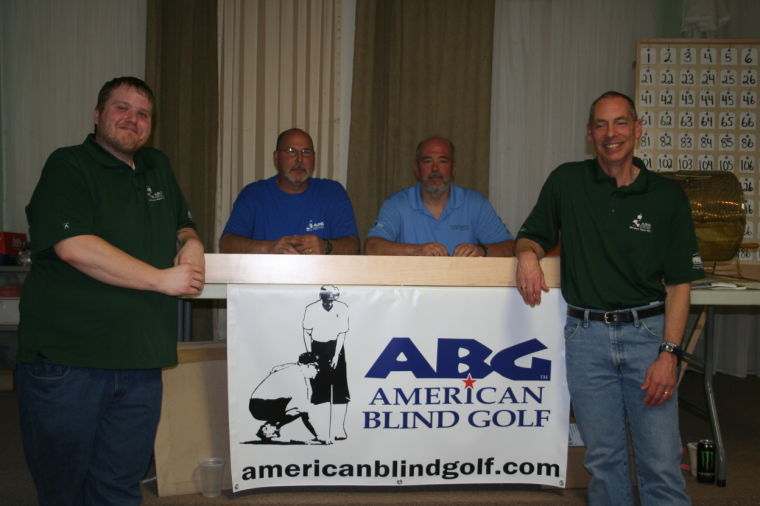 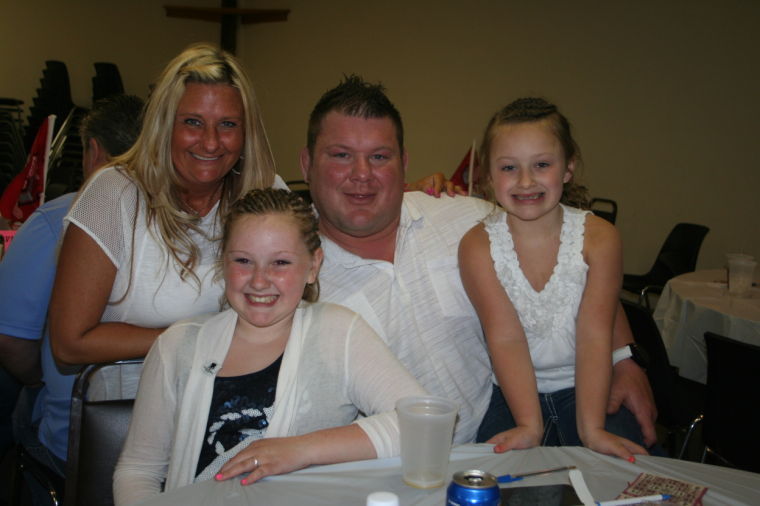 Amaya Nutter (second from left) attended the raffle with her parents, Nick and Amy and her sister, Ava. She was the recipient of a special magnifier that helps her to read. 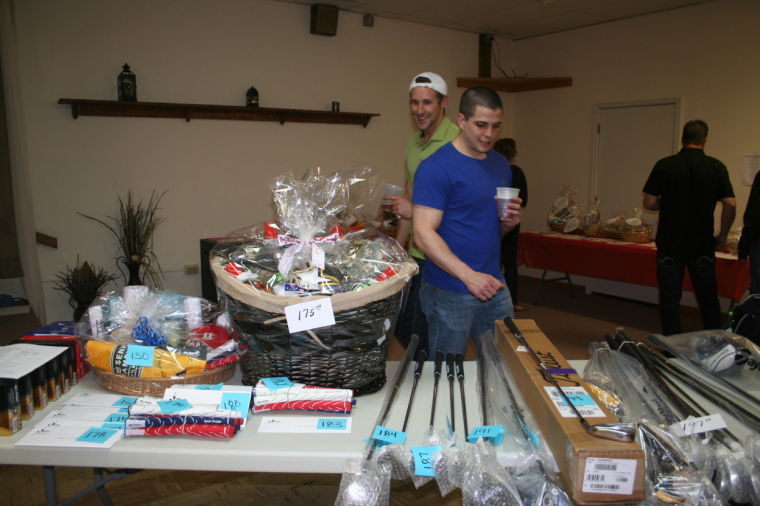 A number of items were donated to be part of a silent auction at the event. Professional golf manufacturers donated gifts to be raffled off. 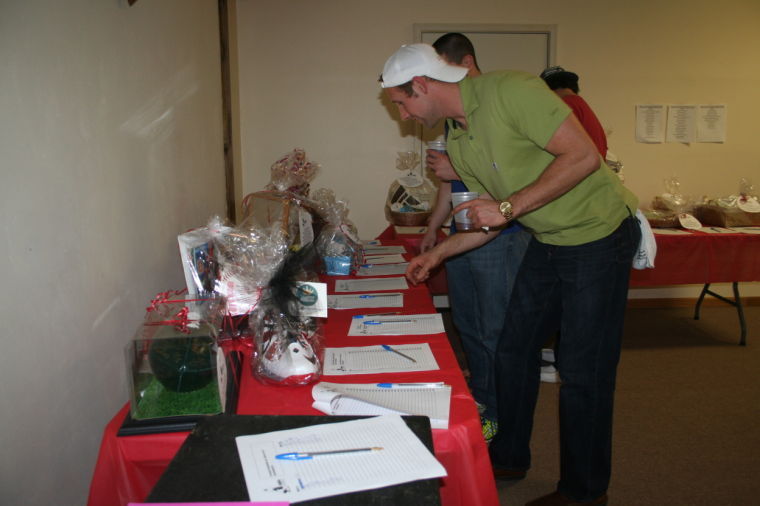 A number of items were donated to be part of a silent auction at the event.

Amaya Nutter (second from left) attended the raffle with her parents, Nick and Amy and her sister, Ava. She was the recipient of a special magnifier that helps her to read.

A number of items were donated to be part of a silent auction at the event. Professional golf manufacturers donated gifts to be raffled off.

A number of items were donated to be part of a silent auction at the event.

WADSWORTH – Just as they have done in years past, numerous groups and individuals from the area came together to ensure that the American Blind Golf Golfer’s Dream Raffle and dinner was a success.

The sixth annual raffle took place at the Eagles Club April 12. Proceeds raised from the event will benefit the Wounded Warrior Project, the Foundation Fighting Blindness and will also help to fund adaptive scholarships for area youths who are visually impaired.

Arnold said he is amazed by everyone who helps make this event, which is the organization’s largest fundraiser, possible. Retired Sgt. Deven Schei of the Wounded Warrior Project traveled from San Antonio, Texas to lend his support to the event.

“We have also had professional golf manufacturers give us generous donations for the raffle,” Arnold said. “And the Wadsworth American Legion handled all of the food. They refused to take any money for it, so we are presenting them with a donation.”

“We are happy to do whatever we can for these guys,” he said.

Rodgers added that he remembers the way returning soldiers were treated during the Vietnam era and said he wants to support the Wounded Warrior Project because he wants to see these younger veterans receive the support and respect that veterans in the past did not have.

Schei, who was injured in Afghanistan in 2010 after four rockets flew into his truck, said he met Arnold back in 2011 and added that his friendship with Arnold has changed his life.

“He was so supportive and really made me feel so appreciated,” Schei said. “He made me realize that he was the type of person that I went over there to fight for. He really was a big part of my recovery.”

Schei said he also discovered that golf was very therapeutic for him as he was recovering.

“I had never played, but I taught myself and it has been a great quiet time for me to think and reflect,” he said.

Because of his bond with Arnold, American Blind Golf and the Wounded Warrior Project have developed a strong partnership.

Since the birth of American Blind Golf 10 years ago, the organization has raised nearly $100,000 and has provided more than 40 area visually-impaired youths with special equipment that helps them to better function in their day to day lives.

“We are planning to give out at least five or six scholarships like that this year,” Arnold said. “During our first year we had raised about $2,000 after we paid all of our bills, but it has just grown exponentially each year.”

Thanks to a special donation from Joe and Michele Ault, American Blind Golf was able to present Buckeye fifth grader Amaya Nutter with a CTT Magnifier. Amaya can slip reading material under the screen so that print is enlarged, making it easier to read.

“I was so excited when I saw it because it is just like the one I use at school,” Amaya said. “I have one at home, but it is a lot harder to use.”

Amaya said that she wants to donate her old magnifier so someone else can benefit from it.

Michele Ault said that she inherited the magnifier from her late father.

“He would be so thrilled to see that this little girl is getting it,” she said.

“We are ticked to be able to do this,” said Joe, who was aware of the American Blind Golf scholarships because he knows Arnold through the Rittman Lions Club.

For the fifth year in a row, Garrick DiSalvo from the Rittman Recreation Department served as the emcee for the evening.

“I just love the fact that the event is like nothing else,” he said. “All of these people are giving so generously and the money is going back to benefit people in the community.”

Arnold said that the organization raised a total of $27,000 last year from the reverse raffle, the golf tournament and other fundraisers. He said he is hoping that the raffle alone will raise around $15,000 this year.

“We are really thankful to Jack Emery for accommodating us because we had it planned at another venue, but that fell through,” Arnold said.

More information about American Blind Golf and the upcoming golf championships can be found at www.ohioblindgolf.com.