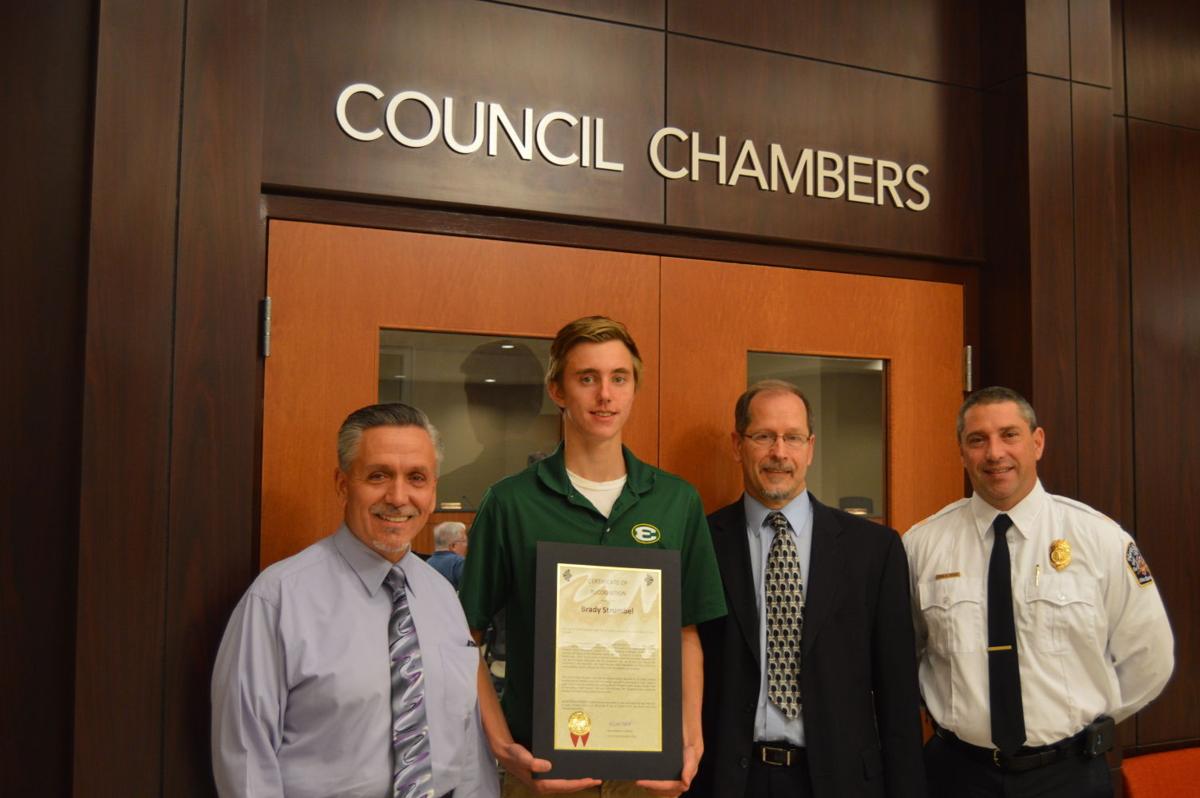 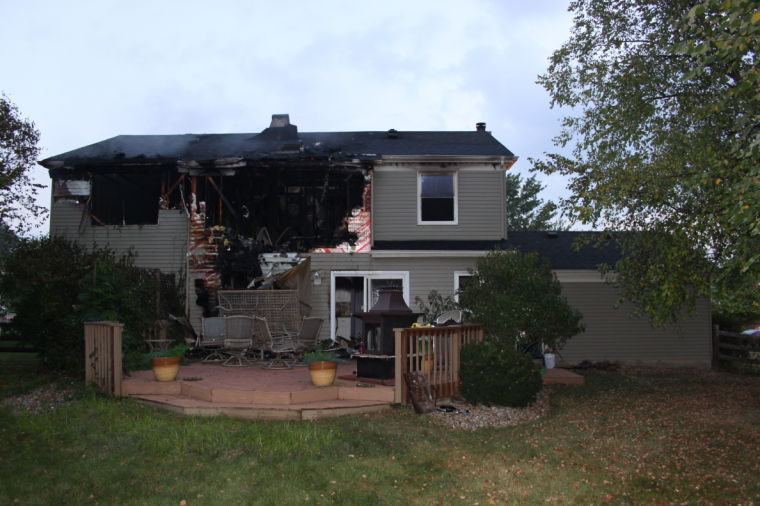 The fire, which originated outside off a rear deck, caused extensive damage to the North Star home Aug. 10. The exact cause was never determined.

The fire, which originated outside off a rear deck, caused extensive damage to the North Star home Aug. 10. The exact cause was never determined.

Brady played a pivotal role in assisting first responders during the fire that occurred at the North Star Drive residence Aug. 10.

At close to 5 a.m., Brady, who lives in the neighborhood, spotted the fire on his way to practice at St. Edward High School.

Fire Chief Bob Chegan said Brady immediately contacted 911, then tried to alert the homeowners. When they didn’t respond, he alerted the neighbors on both sides of the home while still on the phone with 911. Brady was able to find out from the neighbors that no one was in the engulfed home.

Chegan said fires that occur between 11 p.m. and 7 a.m., as this did, can be deadly because often times the occupants are home asleep. Firemen are all too aware of this, so their first order of business is to get inside and rescue lives. But Brady was able to collect critical information, uncovering the residents were not home, and that was relayed to safety crews by dispatch ahead of time, lessening the risk to firemen.

“Brady gave us a lot of information that took away a lot of the safety hazards to us and the risks,” Chegan said.

When most would simply spot a fire and call 911, Brady went above and beyond to do more on scene and that’s why he was recognized by Chegan and city officials with a formal proclamation Oct. 6.

“This young man not only called 911, but he did a few things that were above and beyond,” Chegan said. “People call 911 but very rarely do we have people stop and take other action. We are very appreciative of your efforts.”

Brady was a bit caught off guard with all the pomp and circumstance. He said he thought he was merely doing what anyone would do in that situation.

“I thought it was just something normal citizens would do,” he said, “so, it’s pretty neat to get this award.”

Ward 3 Councilman Dan Langshaw said Brady’s efforts may seem small to some but are truly huge.

“This is phenomenal. You potentially saved people’s lives,” he said. “To you it might be small, but to the city, this is big.”