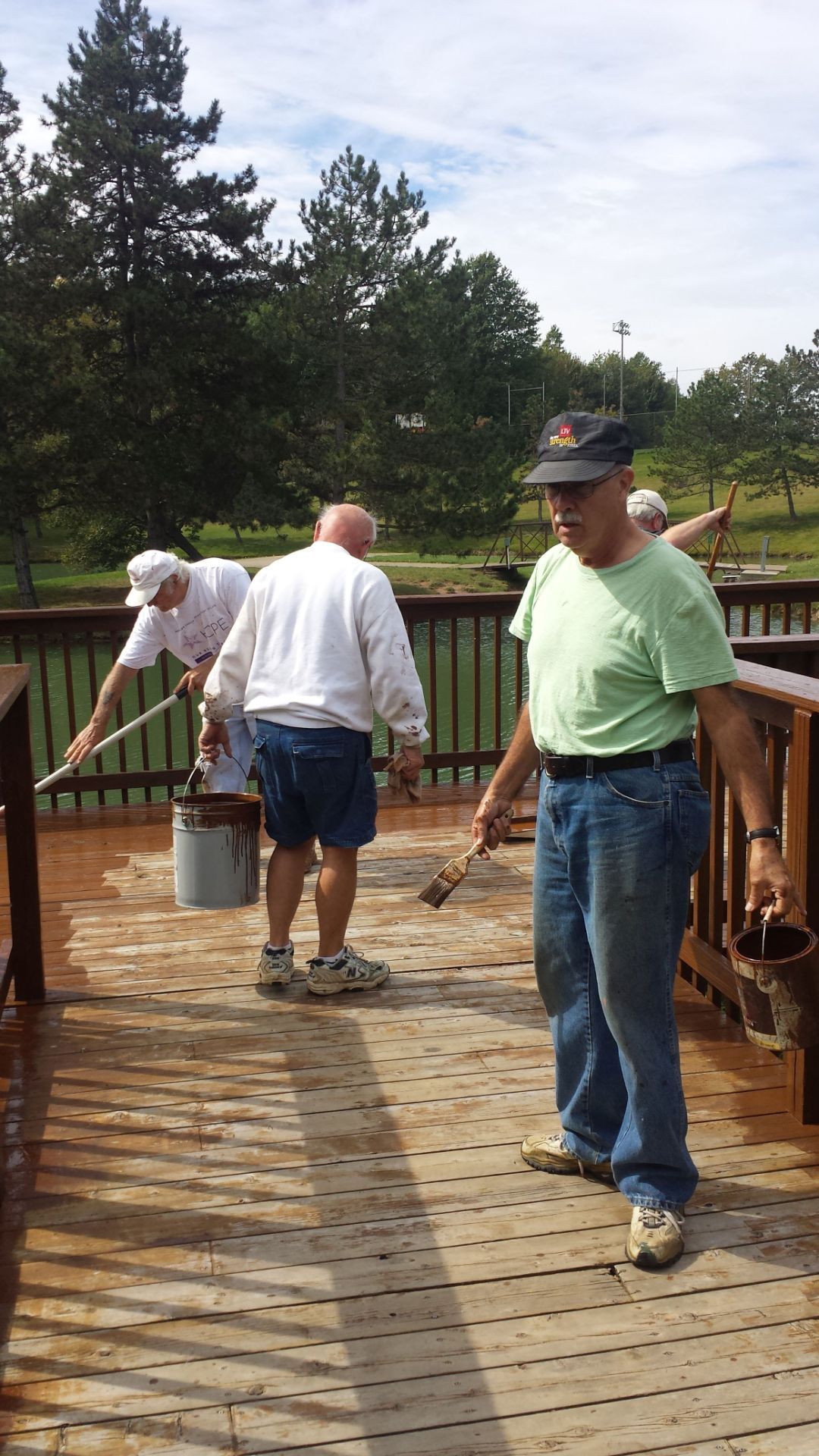 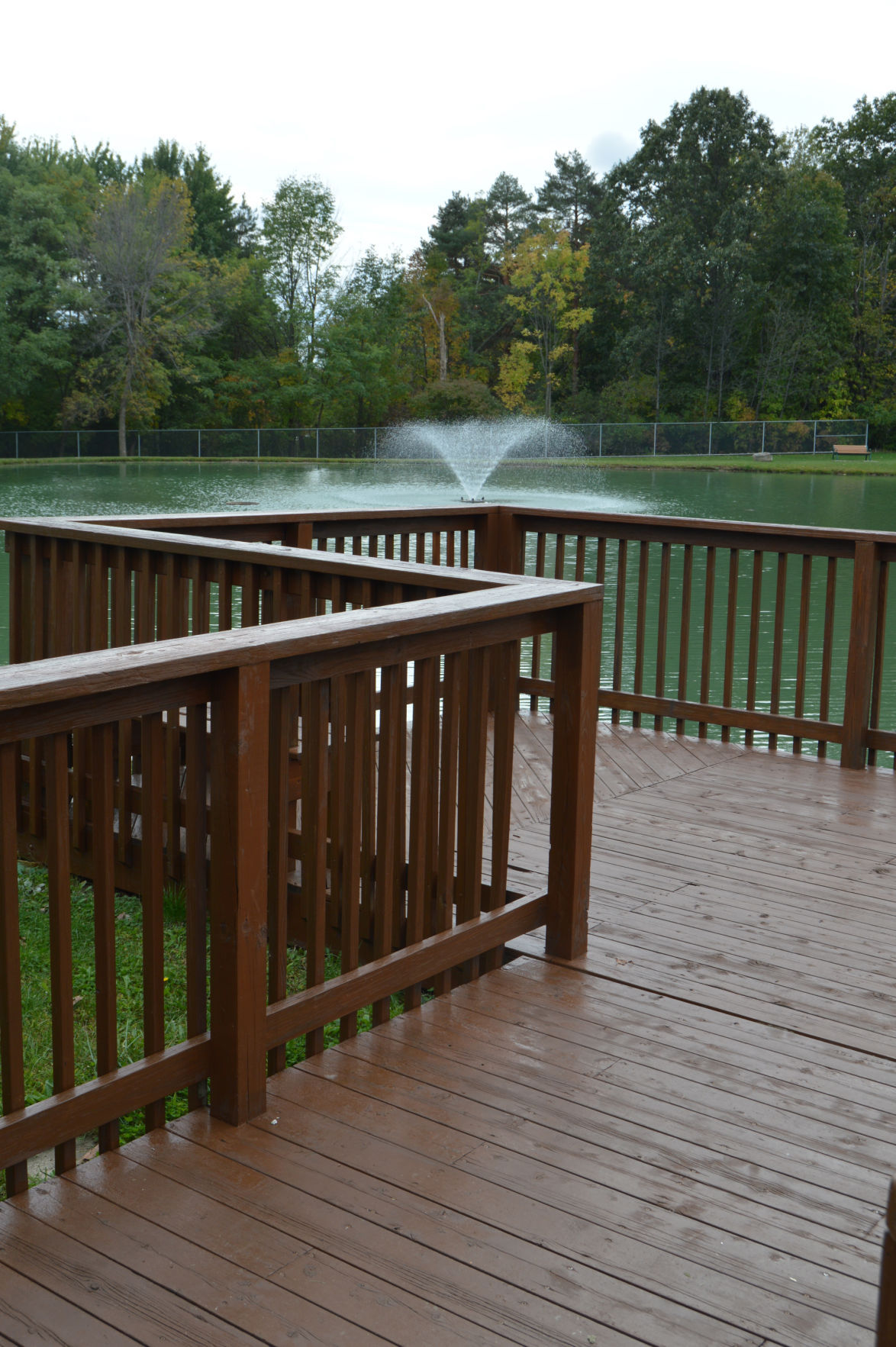 NORTH ROYALTON – The North Royalton Lions Club roared into action recently to live out their “we serve” motto by refurbishing the deck overlooking Memorial Park Lake.

Two weeks ago members started by giving it a good power wash.

Then five of the group’s members applied a stain of coat to the boards.

“It came out pretty nice,” said Neil Sheeley, Lions vice president and District Governor of the 13th C. “Next year I think we’ll need to replace a couple of the boards on it though.”

Tony Sandora, a Lions member, said when the club had a picnic there back in August, they noticed the deck could use some TLC.

“We walked out on to the deck and saw it and thought, ‘Well this might be a good project to do.’ It came out pretty good,” he said.

Lions members are the ones who constructed the pavilion and the deck in 1999, Sheeley added. Many may have spotted the Lions’ seal there.

Because they built it, they take care of it.

“Our names are on it, so we maintain it,” Sheeley said. “It’s a service project and something we do. We try to do something civic wise each year, as well as something charitable.”

The group conducts a few projects behind the scenes that many residents probably may not even realize. In addition to the pavilion and the deck at Memorial Park, the Lions also installed the Veterans Memorial at the North Royalton Cemetery in 2008.

Mayor Bob Stefanik, a Lions member, said this club has long had a reputation of lending a helping hand.

“The North Royalton Lions Club has a history of pitching in and helping throughout the city,” he said. “We can always count on them to do at least one yearly project in our community.”

Council President Larry Antoskiewicz agreed and said the city is thankful to have so many service groups and organizations like the Lions who are willing to make a difference.

“Our community has so many great service clubs and organizations that do so much to make North Royalton a great place to live,” he said. “Often their work may not make the newspapers, but the impact they make is greatly appreciated by residents, including myself.”

He said this is just one more shining example of how the Lions Club is helping better the community while also beautifying Memorial Park. He encourages residents who want to make a difference in the community to join a group.

“I encourage residents if they want to get more involved in the city, there are a number of great community groups happy to add them to their membership ranks,” he said, “which can be found on the city’s website.”