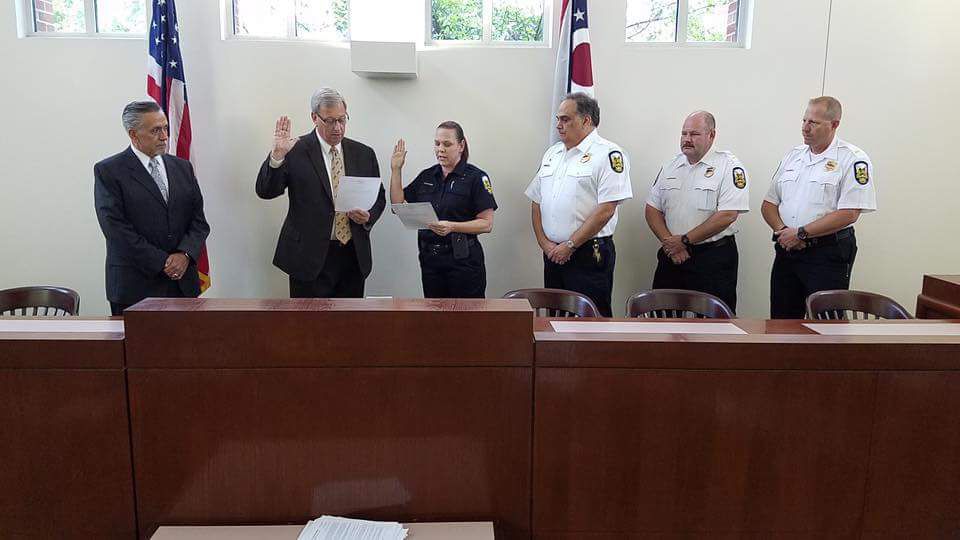 Detective FloAnn Rybicki moved up to sergeant effective June 26. She was sworn in to the new role by Mayor Bob Stefanik on June 23. 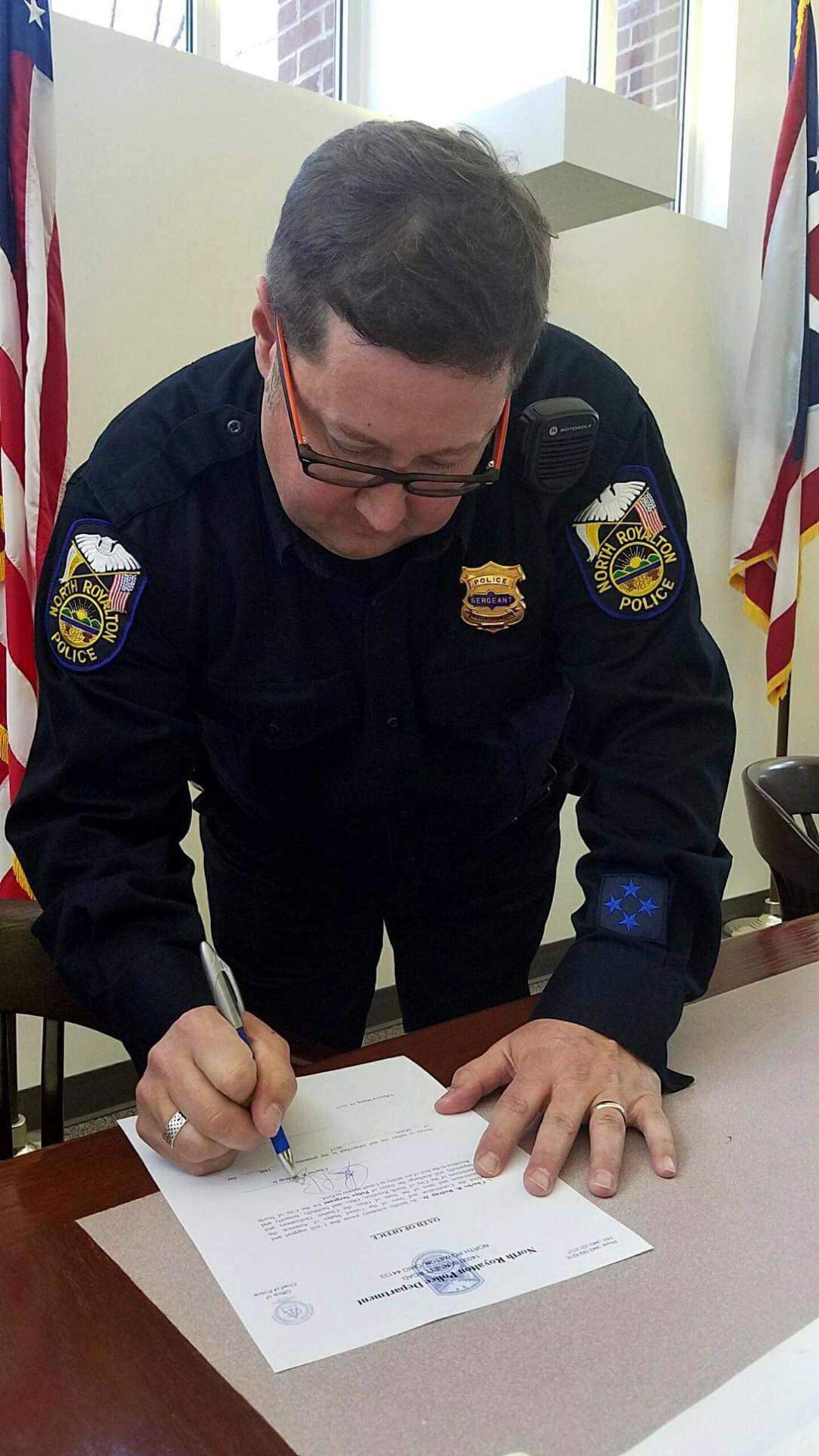 Charles Redrup moved up to the role of sergeant in March following the retirement of former Sgt. Glen McGraw.

Detective FloAnn Rybicki moved up to sergeant effective June 26. She was sworn in to the new role by Mayor Bob Stefanik on June 23.

Charles Redrup moved up to the role of sergeant in March following the retirement of former Sgt. Glen McGraw.

NORTH ROYALTON – This year has shaped up to be a year full of change for the North Royalton Police Department.

The catalysis for several personnel shifts started back in March.

Former Police Chief John Elek started a chain reaction when he retired March 17 after 33 years on the force. Sergeant Ken Bilinovich was promoted as the new police chief effective May 14. This meant a new sergeant was needed to fill Bilinovich’s former position.

FloAnn Rybicki, a police officer with the department for 20 years who has spent the last 12 working as a detective, was promoted to sergeant effective June 26. This then necessitated a need for another police officer.

Daniel McClintic was welcomed into the fold as the newest patrolman June 23. McClinitic hails from the MetroHealth Police Department and is currently undergoing field training.

Just prior to Elek’s retirement in March, Charles Redrup, who has served with the department for over 20 years, was promoted to sergeant following the retirement of Sgt. Glen McGraw. Jasmin Coralic was hired to serve as a patrolman to fill the vacancy Redrup’s promotion created, however, Coralic is still completing the police academy and will have to undergo field training at the station before he hits the streets.

Bilinovich said the station is still in flux with him just becoming chief, the two new sergeants and two new patrolmen, but he is looking forward to these positive changes.

“So this summer we will have a lot of training and adjustments going on,” he said. “But, I am pleased to see both Redrup and Rybicki get promoted. They are longstanding, good officers with this department, and I’m pleased to see them further their careers.”