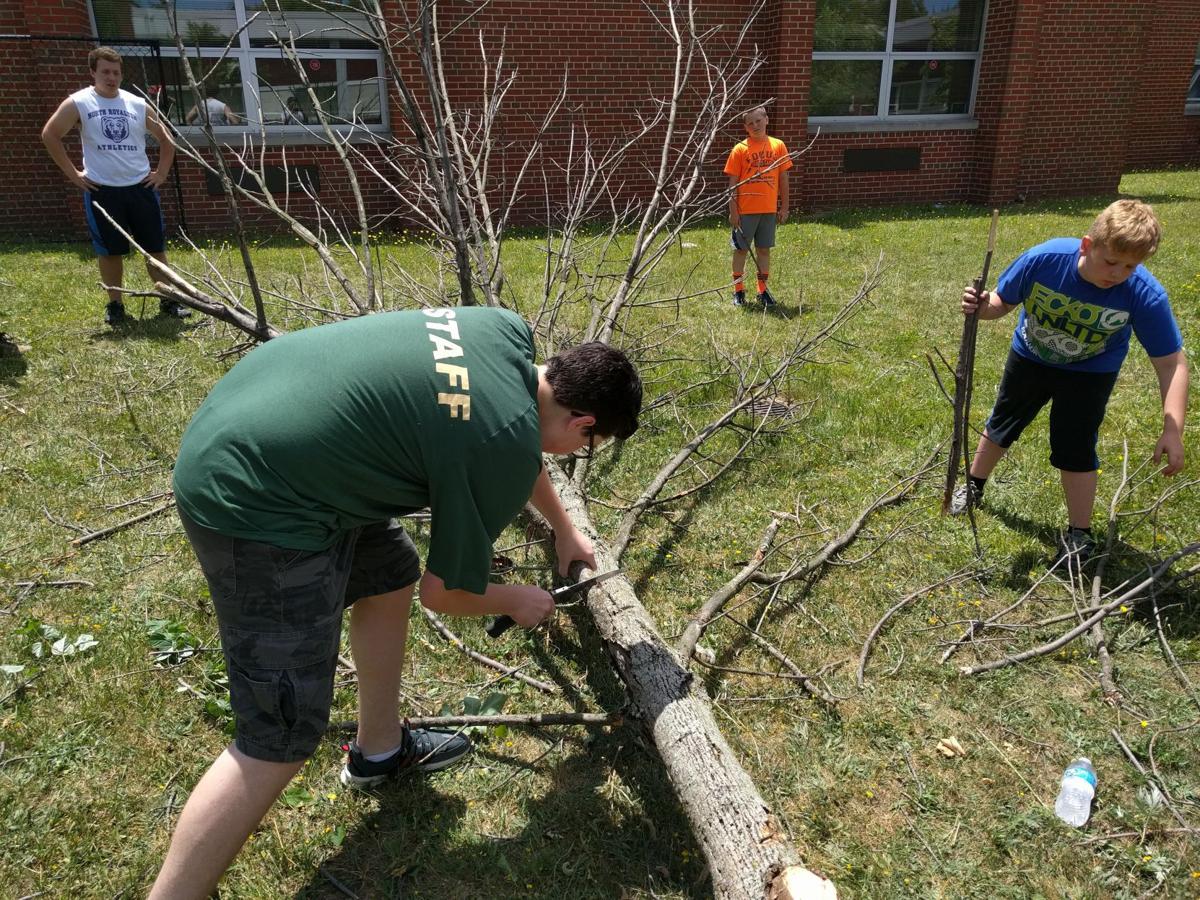 Scouts worked together to help Nick MacKay, in the background on the left, complete the restoration of the Albion Butterfly Garden. 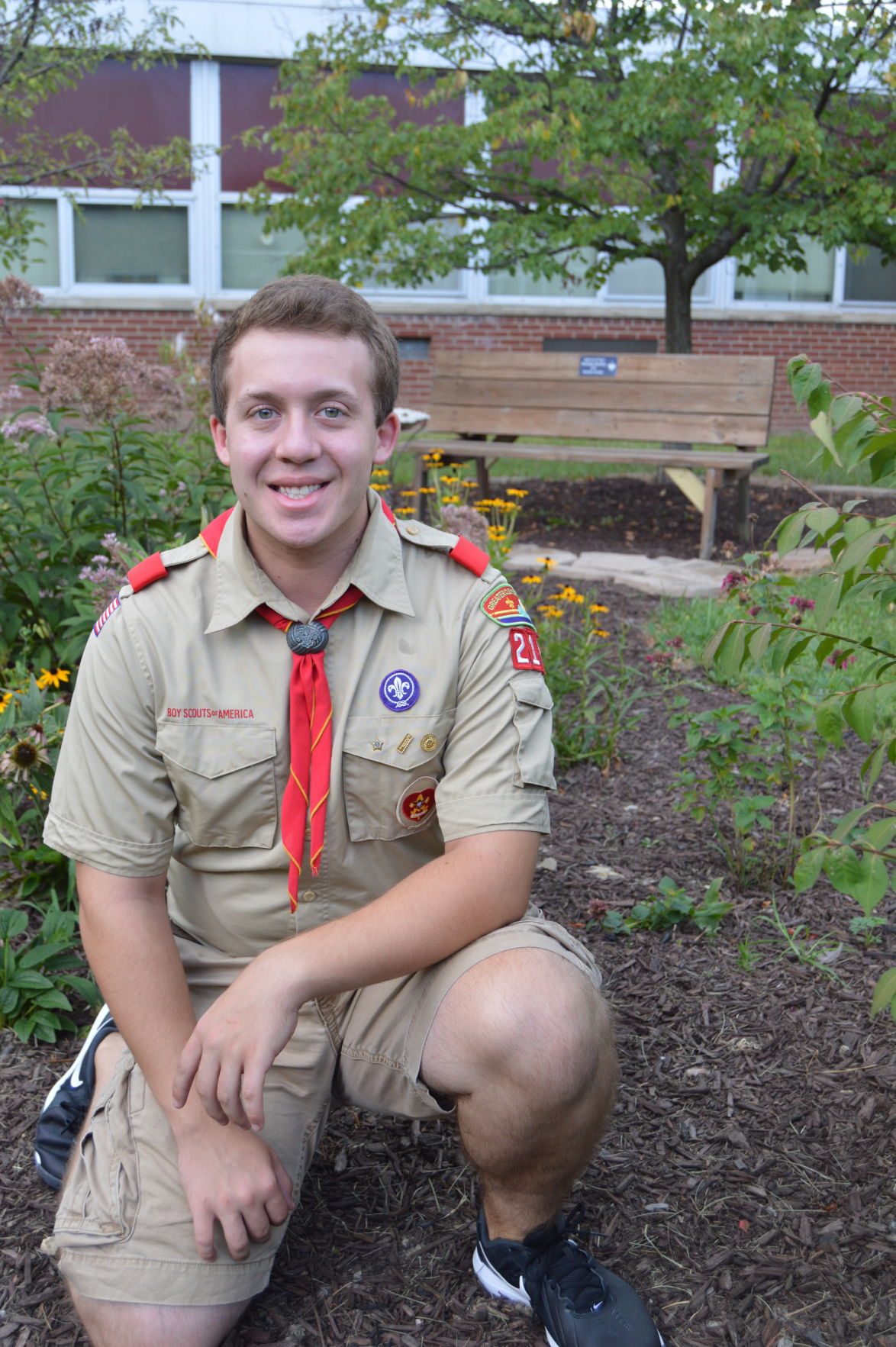 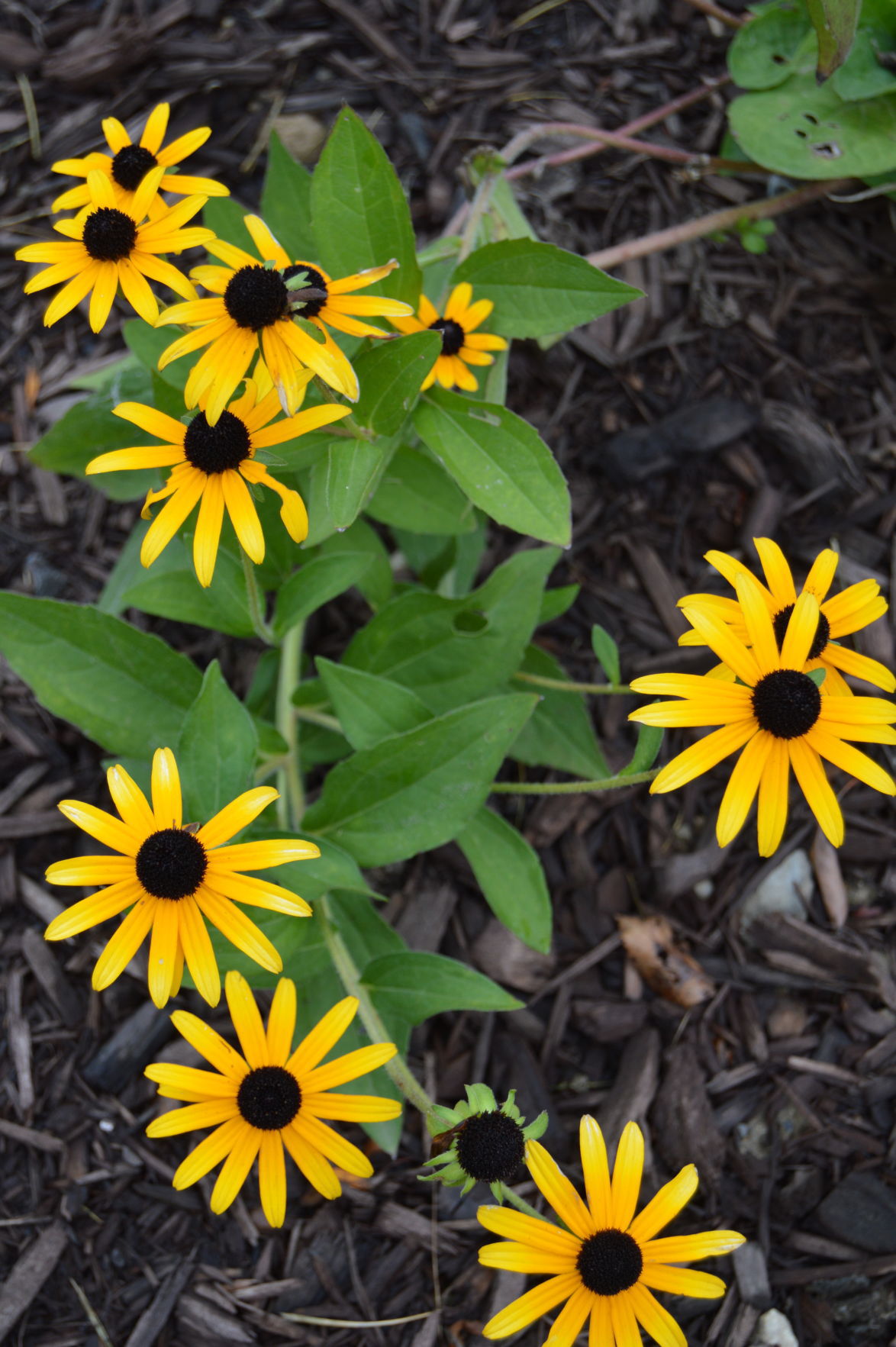 These Black-eyed Susan are one of the various types of flowers planted in the butterfly garden to attract pollinators like butterflies and bees.

Scouts worked together to help Nick MacKay, in the background on the left, complete the restoration of the Albion Butterfly Garden.

These Black-eyed Susan are one of the various types of flowers planted in the butterfly garden to attract pollinators like butterflies and bees.

NORTH ROYALTON – City hall, the North Royalton Garden Club and the Boy Scouts of America teamed up to do something about the unfortunate plight of the butterflies.

Many may have noticed less butterfly this year and that’s because in the spring, a massive storm killed 7 million Monarch butterfly, about 40 percent of the population, before their migration from Mexico to the United States.

The Monarch population has decreased by an estimated 90 percent over the past 20 years, according to the National Wildlife Federation.

“People have said, ‘where are the butterfly, I’m not seeing them?’ This is why,” Pam Wetterau, garden club president, said.

The NWF created the Mayors’ Monarch Pledge as a way to encourage municipalities to take an active role in restoring the butterfly’s habitat and encouraging citizens to do likewise.

The Boy Scouts always approach the mayor about ideas and ways they can work together for the benefit of the city and the Scout earning his Eagle Scout rank.

Nick MacKay, 18, a senior at North Royalton High School and a Scout with Troop 218, visited with the mayor and the garden club. The pledge came up in conversation.

Albion Elementary School is Nick’s alma mater, and he wanted a way to give back. Albion has a butterfly garden, installed by the garden club in the spring of 2015, but it was in need of some tender loving care.

When the garden club originally installed the garden, they used a variety of plants exclusive to the Monarch.

“Milkweed is the only thing Monarch butterflies lay their eggs on and their caterpillars feed exclusively on it,” Wetterau pointed out.

“All of these are good nectar plants to feed any butterflies or any pollinators, like bees, but Milkweed is specific to Monarch,” Wetterau said. “But, after two seasons, the courtyard had gotten overgrown and was really needing some attention. The mayor called me about this opportunity with Nick, I had already been bugging him for two years about Monarch gardens.”

Nick and Wetterau worked together extensively. All the butterfly plants were removed, so they wouldn’t be in the way, and Wetterau cared for them personally during the summer at her home.

“The courtyard was overgrown with weeds and looked a bit abandoned. I made it my job to clear out the weeds, cut down dead trees, replant the Monarch butterfly garden and lay mulch around the area,” Nick said.

Once Nick and fellow Scouts finished rehab efforts, the butterfly plants were replanted in a configuration supplied by Wetterau.

She is pleased with the outcome.

“He did a great job. I feel so honored the garden club could be involved with this. The kids were wonderful to work with, and kudos to the mayor for bringing projects to them and getting all of us involved,” she said.

Stefanik was happy to do his part to see the mayor’s pledge fulfilled.

“This was a project important to our local garden club, so we seized the opportunity to recruit the Boy Scouts in helping us complete the Monarch butterfly pledge,” he said. “The city of North Royalton is always happy to partner with our local Eagle Scout candidates.”

Revisiting his old school and doing this project taught Nick some lifelong lessons.

“To be an Eagle Scout means that you have leadership and dedication, two very important traits one must acquire in order to be successful in this world,” he said.

So has the butterfly garden been fruitful?

“I saw two or three butterflies one of the days we were there,” Nick said. “So it is working.”

Wetterau said Mother Nature can be stormy, but the sun always shines again.

“There is always hope. For every down she gives you, she pays you back,” she said. “We’re trying to help her along.