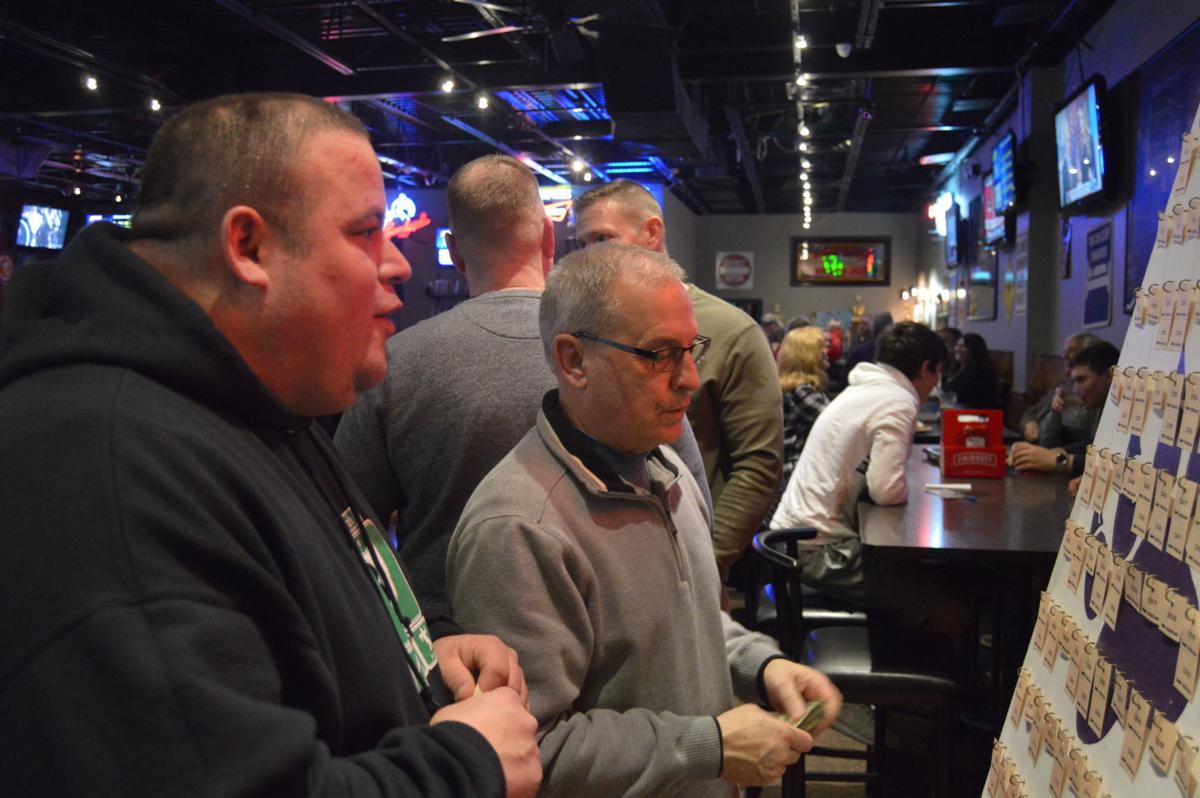 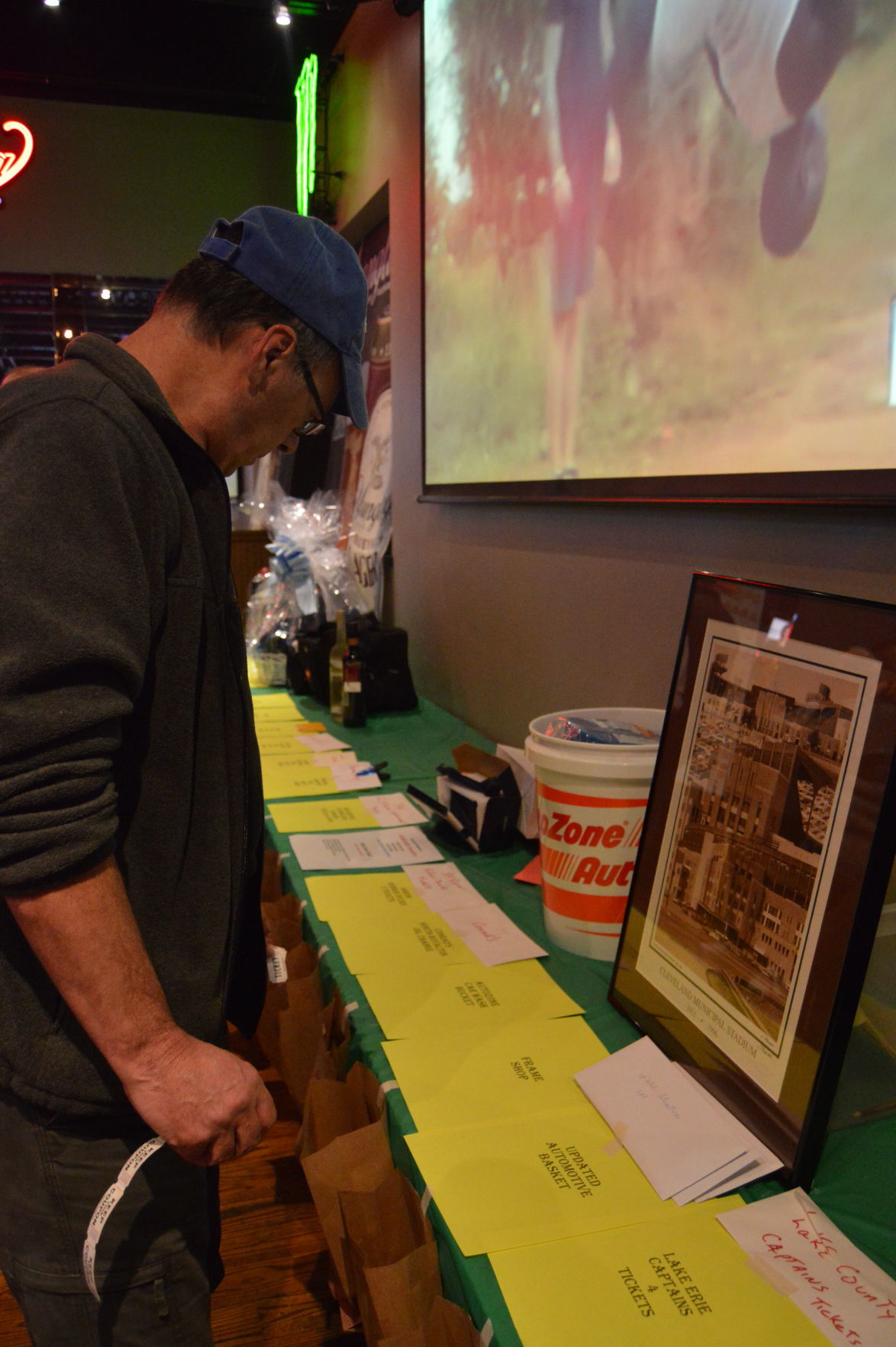 It was a case of decisions, decisions for retired police officer Wally Augustyn who was sizing up the raffle goods. 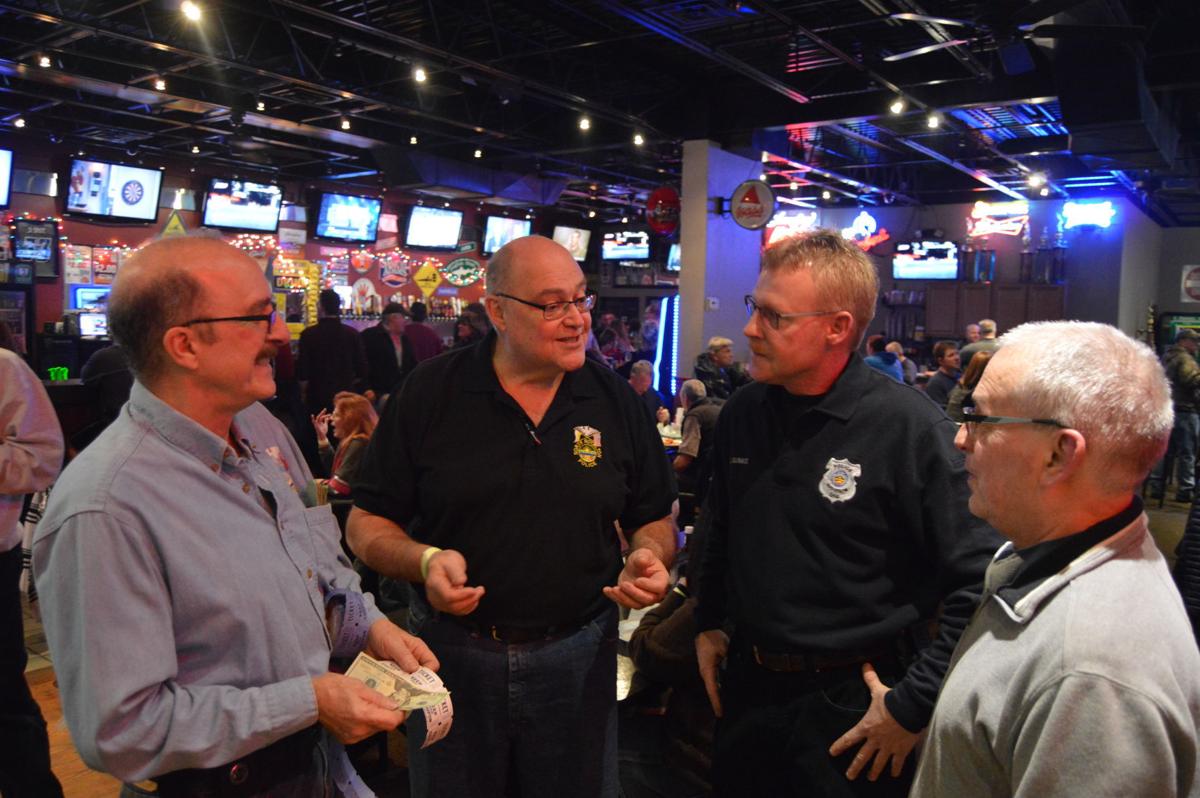 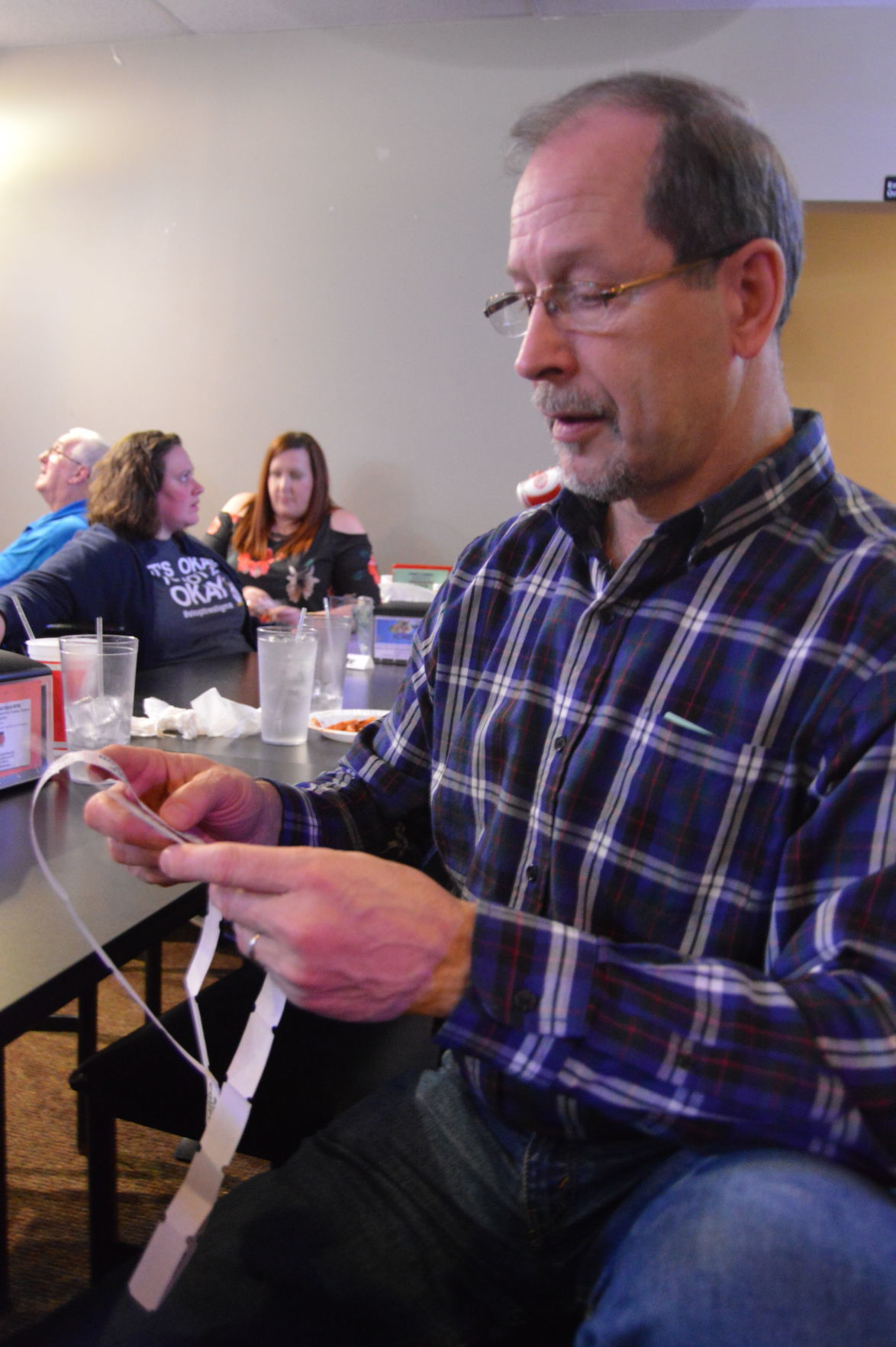 Council President Larry Antoskiewicz searched his raffle tickets to see if he was a lucky winner but came up short.

It was a case of decisions, decisions for retired police officer Wally Augustyn who was sizing up the raffle goods.

Council President Larry Antoskiewicz searched his raffle tickets to see if he was a lucky winner but came up short.

NORTH ROYALTON – Dozens of supporters responded to the call to serve and protect the police reserve’s community projects last month.

Residents, friends and family showed their love for the 11 officers and all they do during the annual Valentine’s Charity Raffle on Feb. 17 at The 3 Spot.

This is the reserve’s one and only fundraising event of the year which supports a $250 scholarship awarded to North Royalton graduates entering law enforcement or criminal justice; a donation to the North Royalton food pantry; and sponsorship of two youth baseball rookie leagues, to name a few. Reserves also pass out candy to boys and ghouls as they are patrolling the streets on Halloween.

Those who attended say it’s the least they can do for a group of unsung heroes who aid the city’s police department in working to keep North Royalton safe and secure.

“They do a lot of the grunt work that the regular officers can’t get to: directing traffic, working security at games, security at home days and parade routes, fireworks detail. They do a great deal and are a great asset,” said Police Chief Ken Bilinovich.

“I’m all about community,” Prehauser said as he picked a potential winner.

“We just wanted to support the community,” Regina Porter agreed as she and Michael Modrak, both of North Royalton, purchased raffle tickets from police reserve officer and raffle coordinator Mark Zackery.

“The North Royalton Police Reserves do so much to support our police and generally go unnoticed, but, without their training and dedication a lot of city functions wouldn’t run as smoothly,” Antoskiewicz said.

Police reserve officer Larry Battaglia said it’s all in the line of duty.

“For us, it’s about being part of a brotherhood and helping out in the community,” he said. “This is our way to give back and help out.”