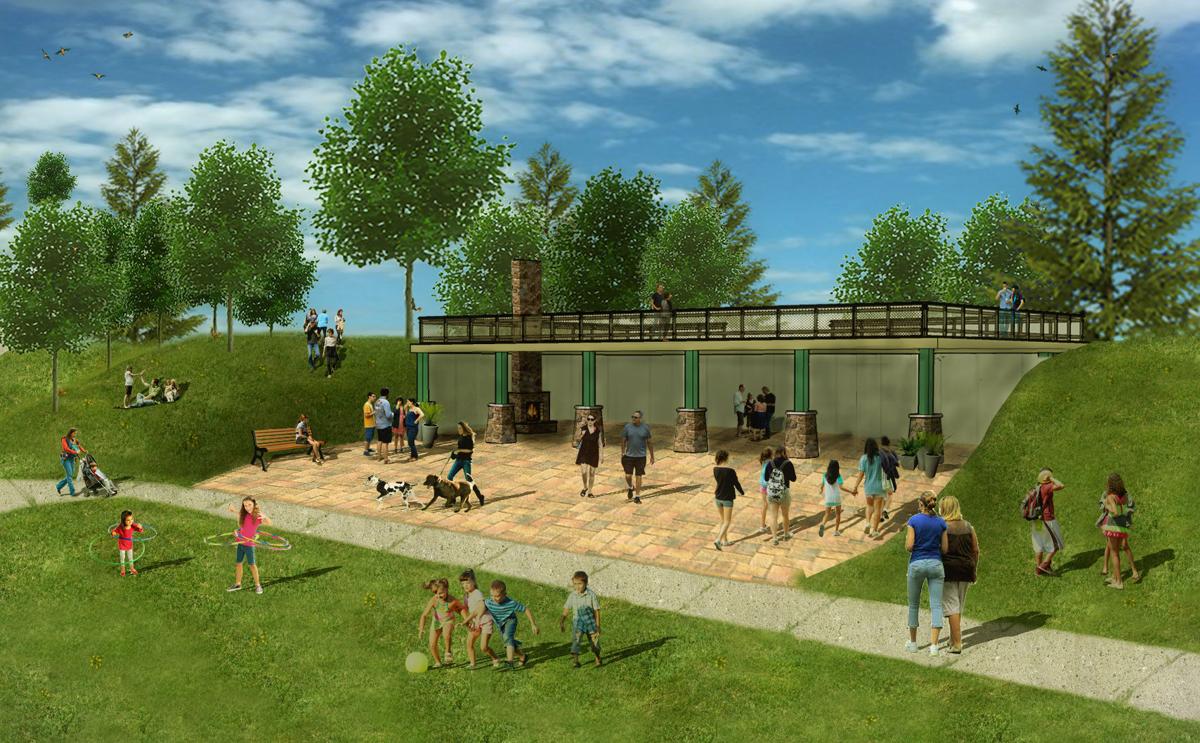 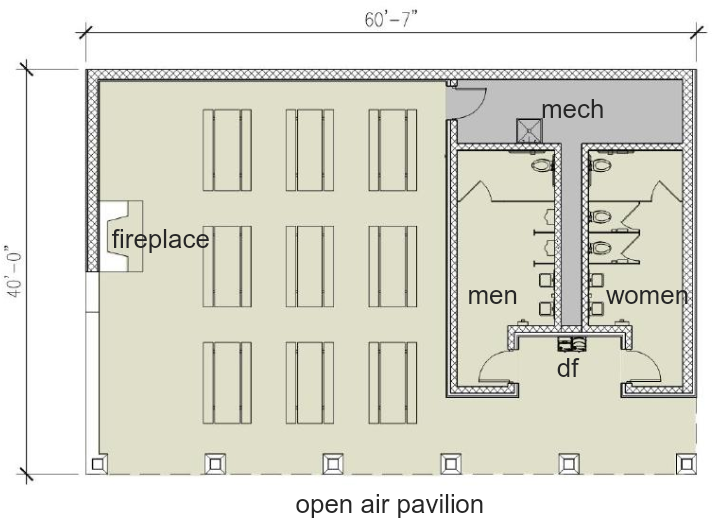 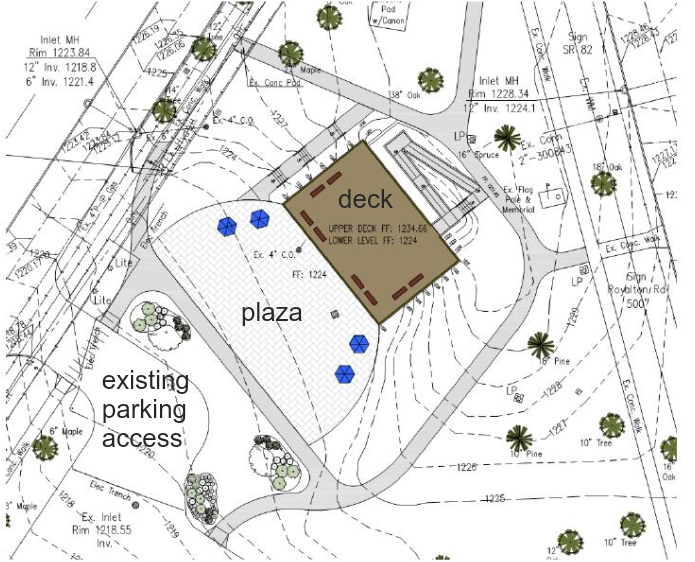 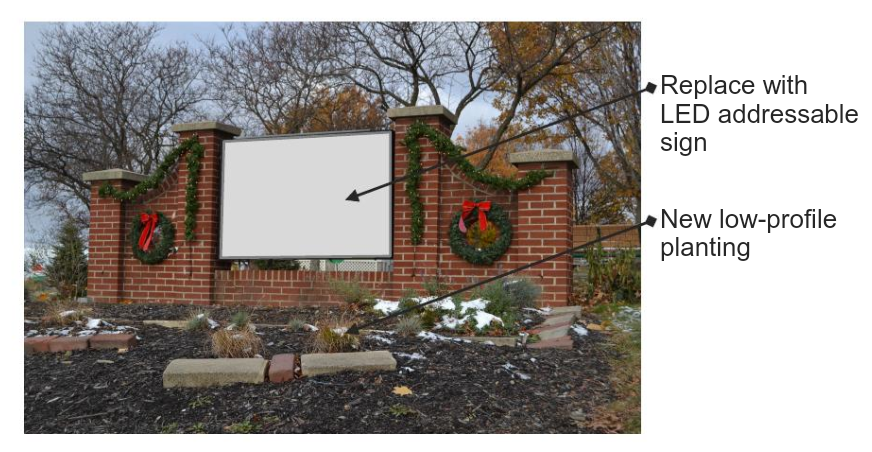 NORTH ROYALTON – Final plans for the City Green pavilion project were presented to city council, and the project is expected to go out to bid in January with a completion date targeted for July.

The structure itself remains much the same as presented earlier this year; however, council was provided with much more detail of the physical structure itself down to the color and textures of the pavilion’s exterior and interior features.

The presentation was given by Nancy Nozik, division principal for the project’s architect Brandstetter Carroll Inc., the same firm that designed the new city hall.

The pavilion is being constructed into the hillside where the old city hall once stood. The further most interior wall that cuts into the hillside will act as a retaining wall. Residents will be able to not only enjoy the interior but also walk onto the top of the structure to enjoy the view from one of the highest points in Cuyahoga County that looks to the south over Medina County.

The deck area will feature eight backless, simple benches around its perimeter for seating and have black ornamental metal railing that is six inches higher than required by code, at 48 inches, to err on the side of caution, safety wise.

The pavilion’s exterior will be done in simulated stone and fiber-cement siding, which is meant to look like wood but is more durable and requires little maintenance. The concrete deck will be waterproof and slightly slopped to drain back to the hillside.

There will be a series of steps leading from the top area down to the lower level along the Bennett Road side. The other side of the pavilion has a sloped sidewalk.

When residents enter the pavilion, it is an open feel with columns. The pavilion’s interior is a large, open gathering space roughly 40’ by 40’, with a gas fireplace along the wall closest to Bennett Road. There will be nine, sturdy picnic style tables. Space will be designated on the walls to display artwork by local artists, which can be interchanged periodically.

The other portion of the pavilion’s interior will feature public restrooms that are accessible without disturbing those in the gathering space. There will be a drinking fountain and bottle filler.

The area in front of the pavilion’s entrance, or plaza, will become more of a park-like setting featuring four hexagon-shaped picnic tables with umbrellas. The plaza, which will be done in stamped concrete, will take up six parking spaces that formerly abutted the old city hall building. However, the main parking lot will remain to accommodate City Green events.

The pavilion will have surveillance cameras to deter vandalism.

As for the city’s brick monument sign at Ridge and Royalton roads, the center marquee portion will be removed and replaced with an LED addressable sign. The pillars on either side will remain as is.

Councilmen tossed out a few ideas to add to the pavilion project though nothing was decided.

Ward 1 Councilman John Nickell suggested incorporating script writing in some way into the deck’s railing as he envisions this becoming more of a local tourist spot; adding wooden bench swings; and installing a sidewalk leading from the pavilion south to the gazebo, though there is the outer sidewalk that runs along Ridge Road.

Excitement is building for the project.

“The presentation made me excited about the improvements we are looking to make to the City Green. I believe we owe it to the residents to make this an even greater space for all to enjoy. The designs help build up progress we are making to improve the overall character and image of the city,” he said, after the meeting.

Mayor Bob Stefanik said he appreciated council’s input and a few ideas will be incorporated into the project.

“Some members of council came up with ideas we will incorporate into the plan, specifically an area for bike parking, or bike racks, and a charging area for electronic devices,” he said. “We’re looking forward to sharing the final plan with city council and the community before it goes out to bid.”