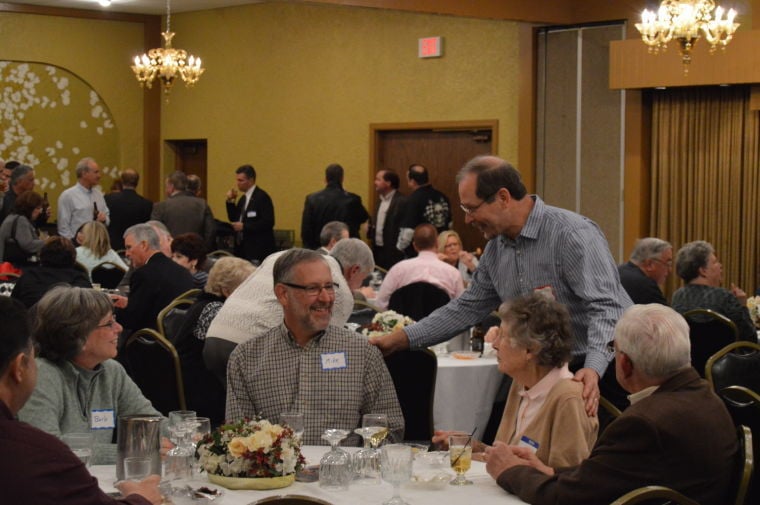 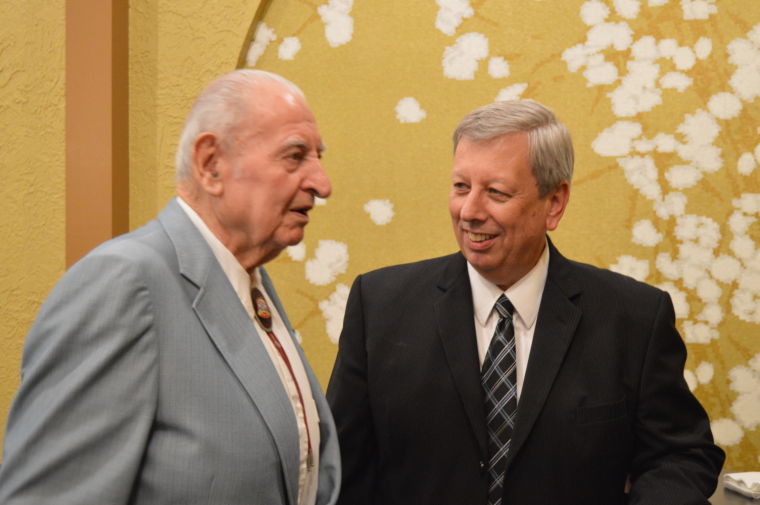 NORTH ROYALTON — Andy Stefanik admires his son’s heart for others.

His son, Mayor Bob Stefanik, has long felt a strong pull toward both community and public service.

It all began when he accepted a coaching position that eventually spurred him to make the leap to public service in 1999 as Ward 6 councilman, council president in 2003 and mayor in 2007.

“He will take care of anybody,” Andy Stefanik said proudly. “That’s how he is. He’s old school.”

Andy Stefanik was one of more than 100 people who supported the mayor at his annual booster committee fundraiser hosted March 26 at Carrie Cerino’s Italian Ristorante.

Mayor Stefanik has said his goal is to leave the city he’s called home for 30 years in a much better position than he found it.

Every year, even during non-election years, his boosters committee hosts this fundraiser, but instead of keeping the dollars for his campaign like most mayors do, he gives the bulk of it away to Royalton service clubs and causes he believes in.

Stefanik is seeking his third and final four-year term as mayor this year, filing his petitions March 19.

To date Stefanik has given back to the community upwards of $100,000 in donations, scholarships, gifts and informational pieces through newsletters over the past 16 years. He has pledged $25,000 alone to the North Royalton Family YMCA project.

The list of groups and causes he supports is extensive – the American Cancer Society; Alzheimer’s Association; Muscular Dystrophy Association; the Children’s Miracle Network; the Blossom Hill Foundation; band, baseball, soccer, athletic, softball, cheer and swim boosters and clubs; the high school’s after prom; and the North Royalton Educational Foundation to name a few.

He strongly supports seniors too, providing for their St. Patrick’s Day party as well as their summer cookout annually. He is also a major backer of the North Royalton Community Festival.

But he says it goes deeper than clubs and causes for him.

Stefanik helps families in need of support too, such as the Dumm family, whose 11-year-old son John Owen was born with a rare and fatal form of muscular dystrophy known as Duchenne. He also gave to a family last year whose husband and father was killed in a tragic backyard accident.

He said he cares about and respects what volunteers do because he’s been there. So, he tries to do all he can to help them succeed because they share a common goal of advancing the community and its residents forward.

“I like to support others — community groups, clubs and nonprofits,” he said. “They all do great things, and they need to be supported. I’m all for giving back. These are all volunteers working for nothing to make the community a better place to live, and they deserve everyone’s support. I’m fortunate I can use my position as mayor to raise money and give them additional support.”

Several city officials attended the event to show their support for what the mayor does. Council President Larry Antoskiewicz said the turnout at the fundraiser speaks volumes.

Nicholas Phillips, director of the city’s CERT, has called North Royalton home for more than 60 years. For him, the city comes first, and right now, he said it’s on a solid path he’d like to see remain.

“North Royalton city government has been doing a fine job. I’d like to see the government’s direction continue on its present trajectory,” he said.

Ward 4 Councilman Paul Marnecheck said he respects that Stefanik never treats the job as a 9-5 but instead goes above and beyond, never afraid to roll up his sleeves and get his hands dirty.

“He is the hardest worker in the city. Many times on the weekends, I call him only to find out he is at city hall working,” he said. “He is always willing to discuss Ward 4 issues and brainstorm possible solutions. He never demands credit but always gives praise. His record of accomplishments shows why term limits are a bad idea.”

“His pragmatic, fiscally conservative and hands-on approach to leadership is a major reason why North Royalton is seeing so much progress. Our city is heading in the right direction over the course of his tenure in office and the results speak for themselves such as the positive financial outlook for the city, new city hall, YMCA, library, business growth and collaborative regional partnerships. I value and respect the positive working relationship that I have with him,” Langshaw said.

Stefanik does not like to toot his own horn.

“I just want the community to succeed,” he said.