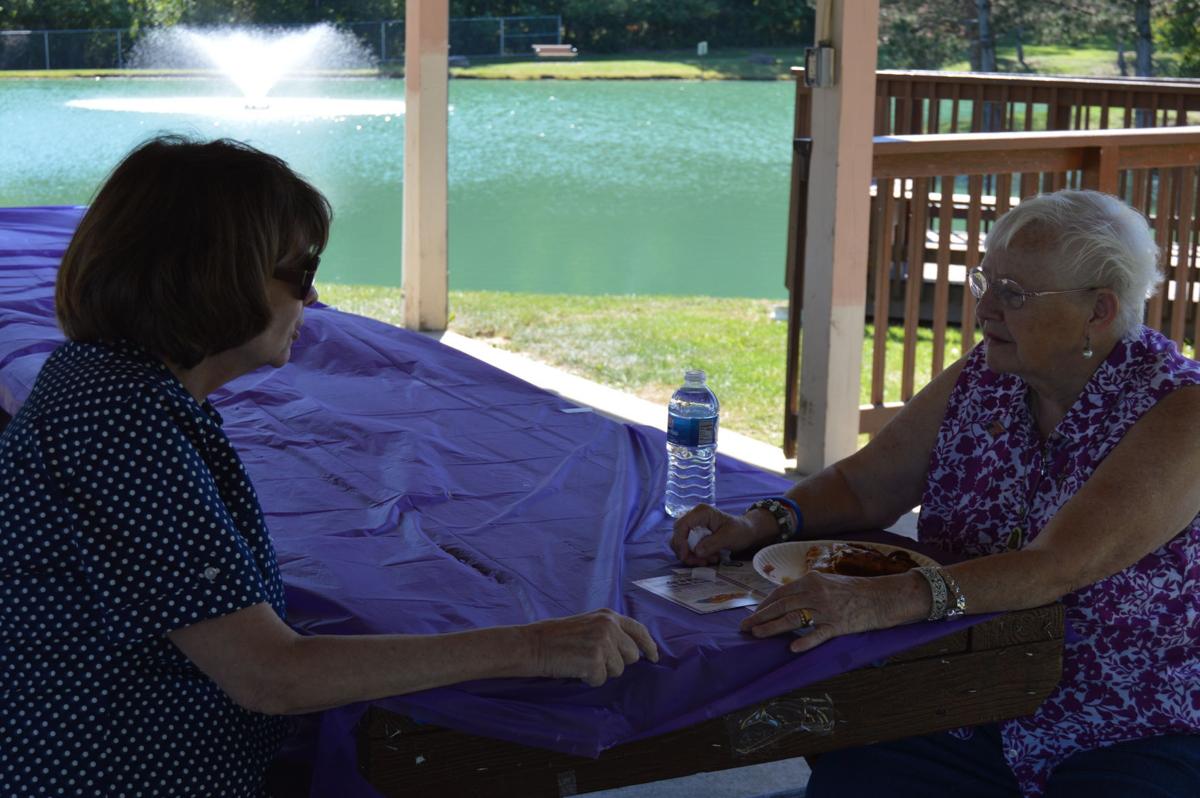 Deborah Demming and Helen Kristancic are two Ward 3 residents who had never met but became good acquaintances over lunch during the social. 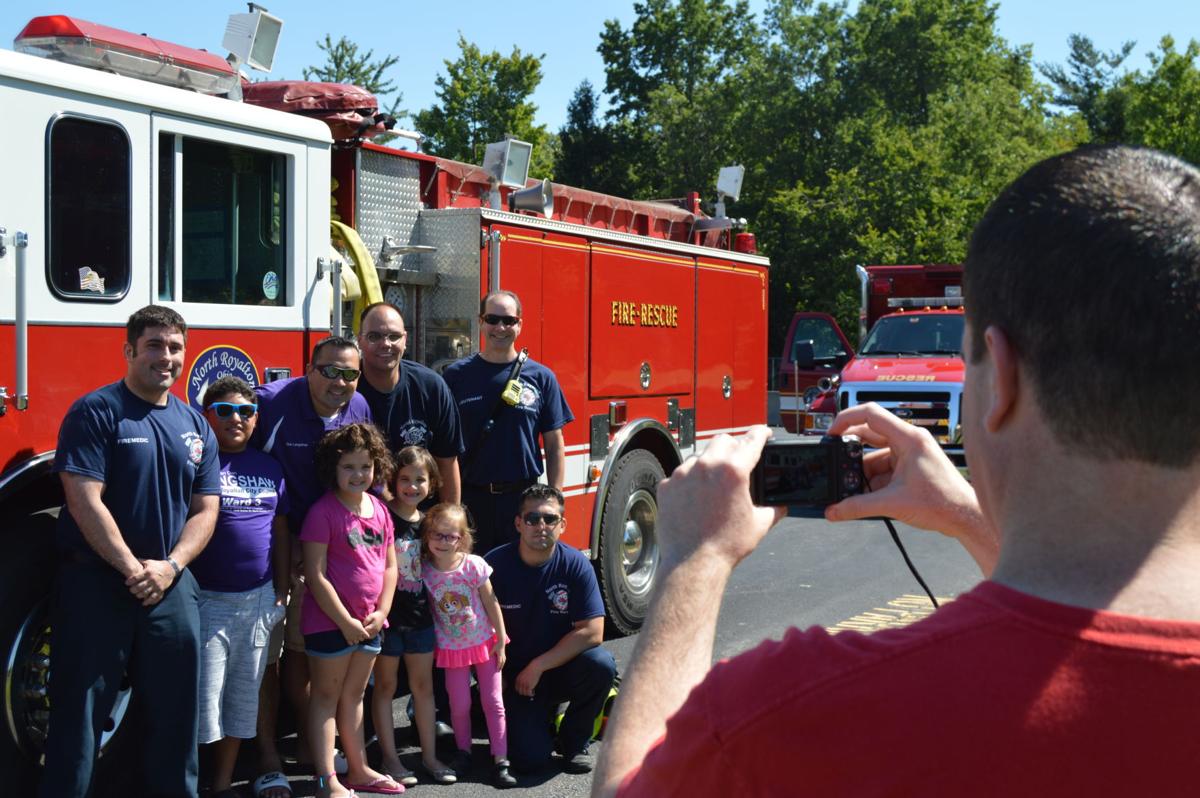 John Burke, of North Royalton, snaps a picture of his kids posing with Ward 3 Councilman Dan Langshaw and a group of firemen who brought a firetruck and squad out to the event for residents to see and explore up close. 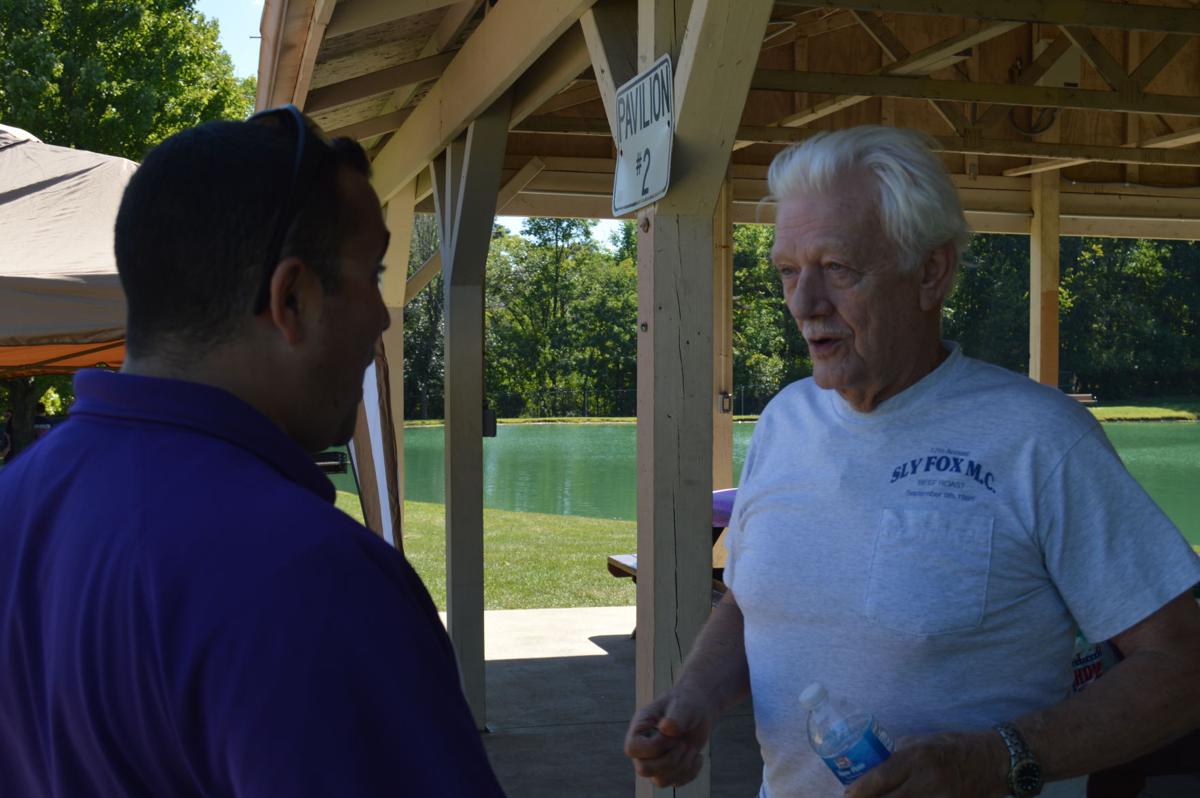 Deborah Demming and Helen Kristancic are two Ward 3 residents who had never met but became good acquaintances over lunch during the social.

John Burke, of North Royalton, snaps a picture of his kids posing with Ward 3 Councilman Dan Langshaw and a group of firemen who brought a firetruck and squad out to the event for residents to see and explore up close.

NORTH ROYALTON – Ward 3 residents Deborah Demming and Helen Kristancic had never met but had the unique opportunity of getting to know one another over lunch and light conversation at Memorial Park.

“How long have you been here?” Kristancic asked.

“I’ve been here 30 years too!” Kristancic said, pointing out something else the now acquaintances have in common.

The two walked away happy to have had the chance to meet thanks to Ward 3 Councilman Dan Langshaw’s ward picnic, an event he’s been hosting annually since taking office in 2013.

This year it was held Sept. 3 at the Memorial Park’s lower pavilion overlooking the lake. Langshaw treated the more than 50 residents who attended to pizza, pasta, salad and beverages. Though free, everyone was encouraged to support the Muscular Dystrophy Association as Labor Day weekend is one of the organization’s biggest fundraisers of the year with firemen hosting Fill the Boot events nationwide.

Kristancic and Demming both appreciate the intent of the picnic, allowing neighbors a chance to catch up or get to know one another and their councilman and vent any concerns in an informal setting.

“I think it’s wonderful,” Demming said. “He has coffees once a month too. I’ve never gone, but I may now.”

“You can meet people as well as your councilman, and he’s willing to talk. And, Memorial Park, I will say the renovations they have done here are nice,” Kristancic said, surveying the park.

Bill Dvornicky enjoyed the picnic too.

“Langshaw’s a good guy, an outgoing guy. This is fabulous. I’ve gone to his coffees too and that was wonderful,” he said.

Elaine and Ed Miller also dropped in for a bit.

Langshaw said this is what it’s all about, creating opportunities to bring his residents together while also making himself available to them.

“My ward event is something I look forward to each year because many of my residents I have helped over the years with various issues have now become my extended family of sorts,” he said. “It’s always great to catch up with them even if it is just to say hi or learning about the exciting things going on in their lives, and, of course, to help them when they have an issue that needs to be addressed.”