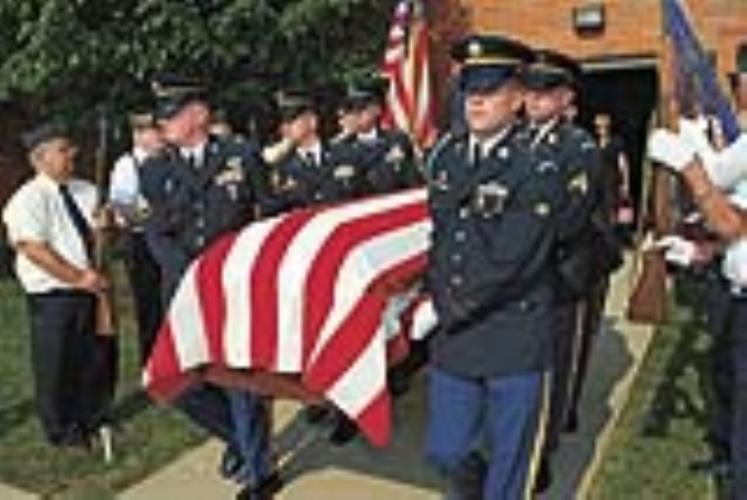 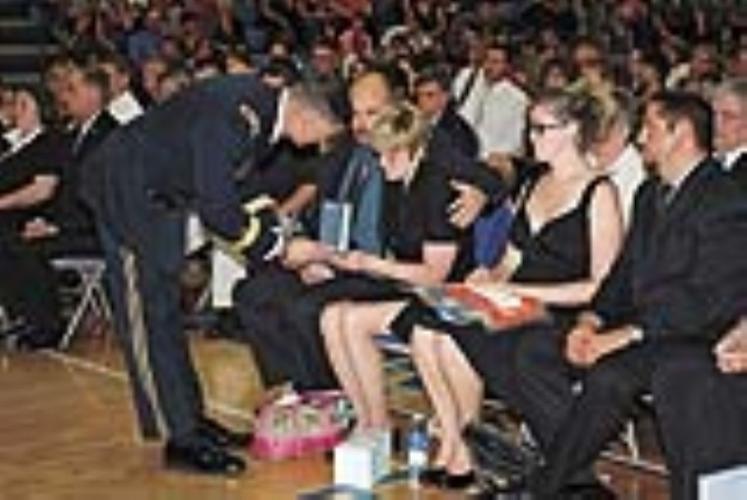 WEST SALEM - As you pulled into town the afternoon of June 8, tribute signs sprouted in the lawns and tree-lawns on both sides of the street. American flags of all sizes waved free in the early-summer haze. The village council canceled its meeting for that night.

1st Lt. John M. Runkle Jr., an Army Ranger, was killed May 26 near Kandahar, Afghanistan, when an improvised explosive device blew up as his unit passed. June 8 was his funeral.

His Alma Mater, Northwestern High School, where he graduated in 2002, opened its doors for family, friends and well-wishers to say goodbye.

"We have heavy hearts but not hearts without hope," Rev. Bradley Kelley, of the Grace Brethren Church in Homerville, told those gathered.

Runkle had enlisted in the Army right after graduation and served tours in Iraq and South Korea before being accepted into the U.S. Military Academy at West Point. After receiving his commission, he went to Ranger school and was later deployed to Afghanistan.

"Fortunately, I had a brother who was also my best friend," Cory Runkle said.

Cory said his brother pushed him to return to college and kept in constant touch, Cory at Ohio State, John at West Point.

"He would end every conversation the same way," Cory said. "'Take care of Mom and Dad, I love you and until next time, keep on truckin'.'

"So John," Cory continued, "I'm taking care of Mom and Dad, I love you, and until next time, keep on truckin'."

Younger brother Brent described John as utterly family-focused and "the perfect blend of fun and serious."

"Every time we talked, it was how's the family first," Brent said. "Then it was all about me."

He said he wasn't sure John even knew how to talk about himself.

The American Red Cross presented John's mother with a memorial quilt and the Blue Star Mothers presented both parents with Gold Star Banners, signifying the family lost a soldier.

John was interred at Ohio Western Reserve National Cemetery. A procession more than four miles long took him there and many hundreds of people lined the streets in town and township, many waving small American flags, either saluting or placing their hands over their hearts as the parade passed. Firefighters from departments miles around blocked the intersections for the procession, saluting as it passed. Someone had placed hundreds of small American flags on the center guardrail on U.S. Route 42 on the processional route.

At the cemetery, Mann presented the flag that had draped the coffin to John's mother and another to his father. Riflemen fired three volleys and a bugler sounded "Taps."

Family and friends offered condolences to the family and John was left to his rest.