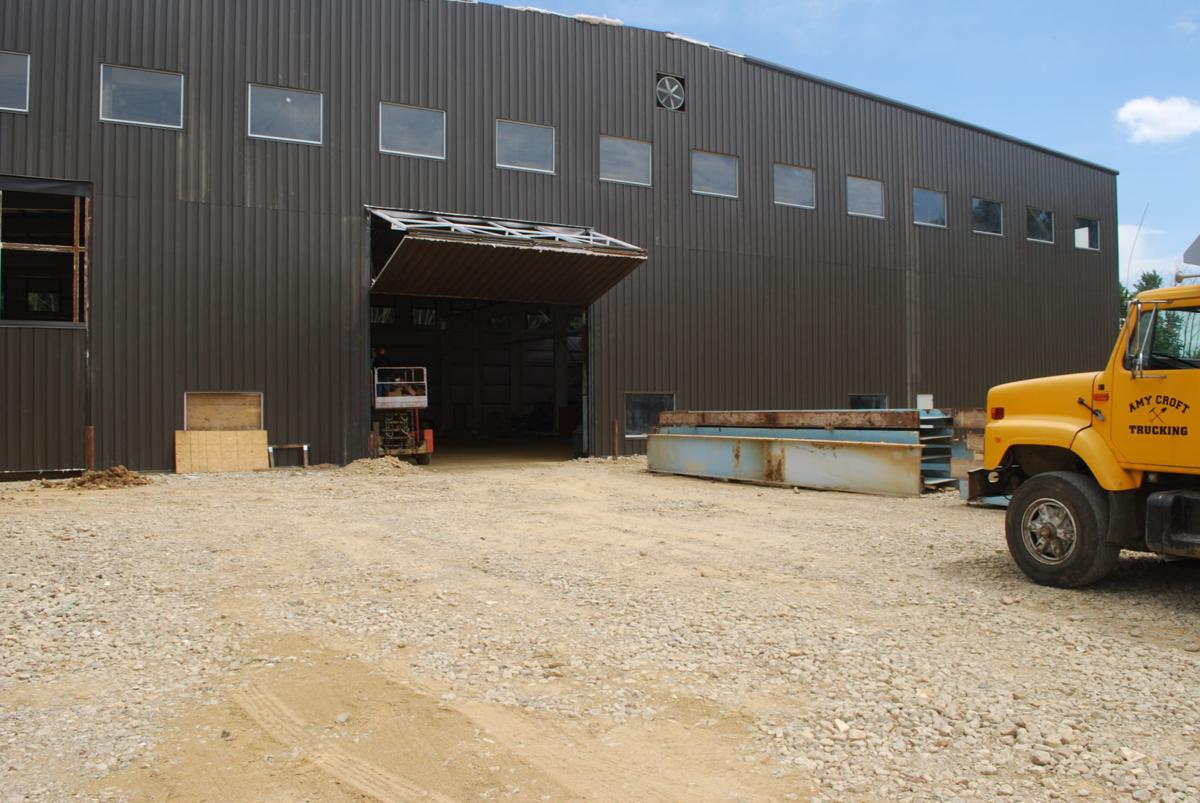 Sprouting in a park-like setting, KDA wants to be the destination for industries needing custom-fabricated parts of any size. 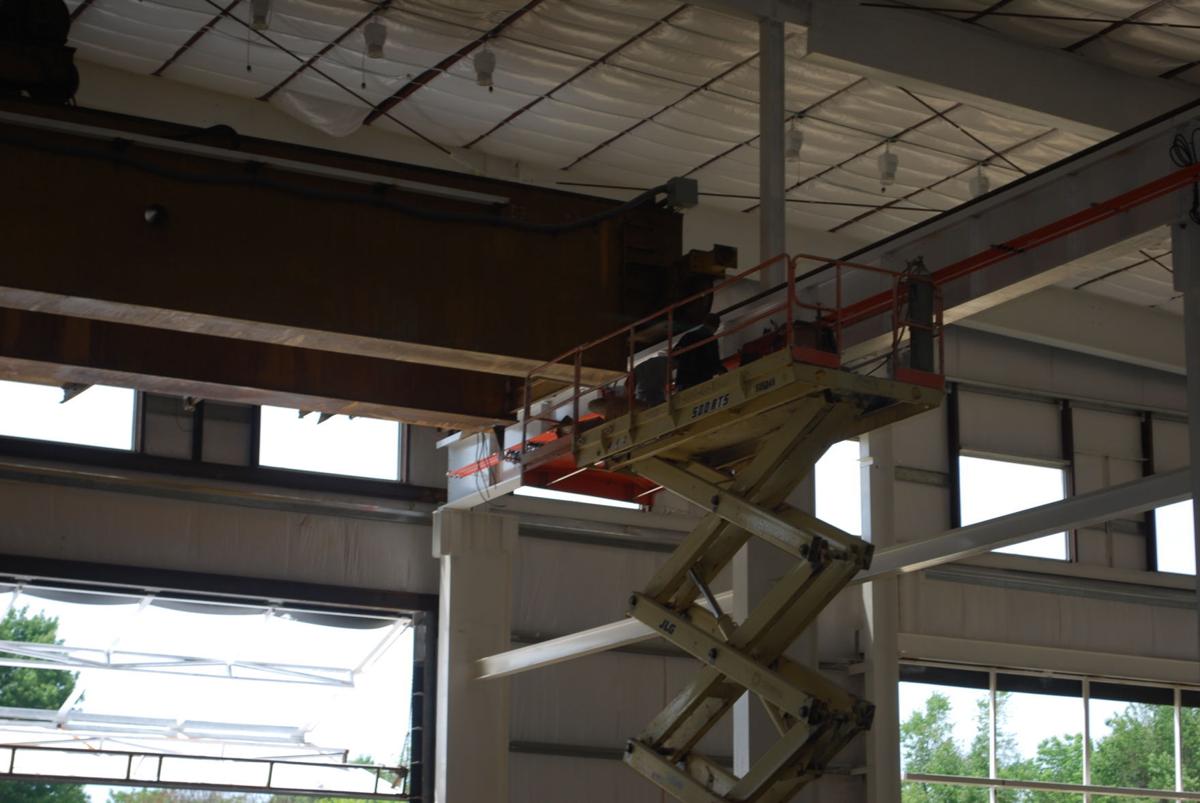 Welders work on a portion of KDA’s 100-ton crane. 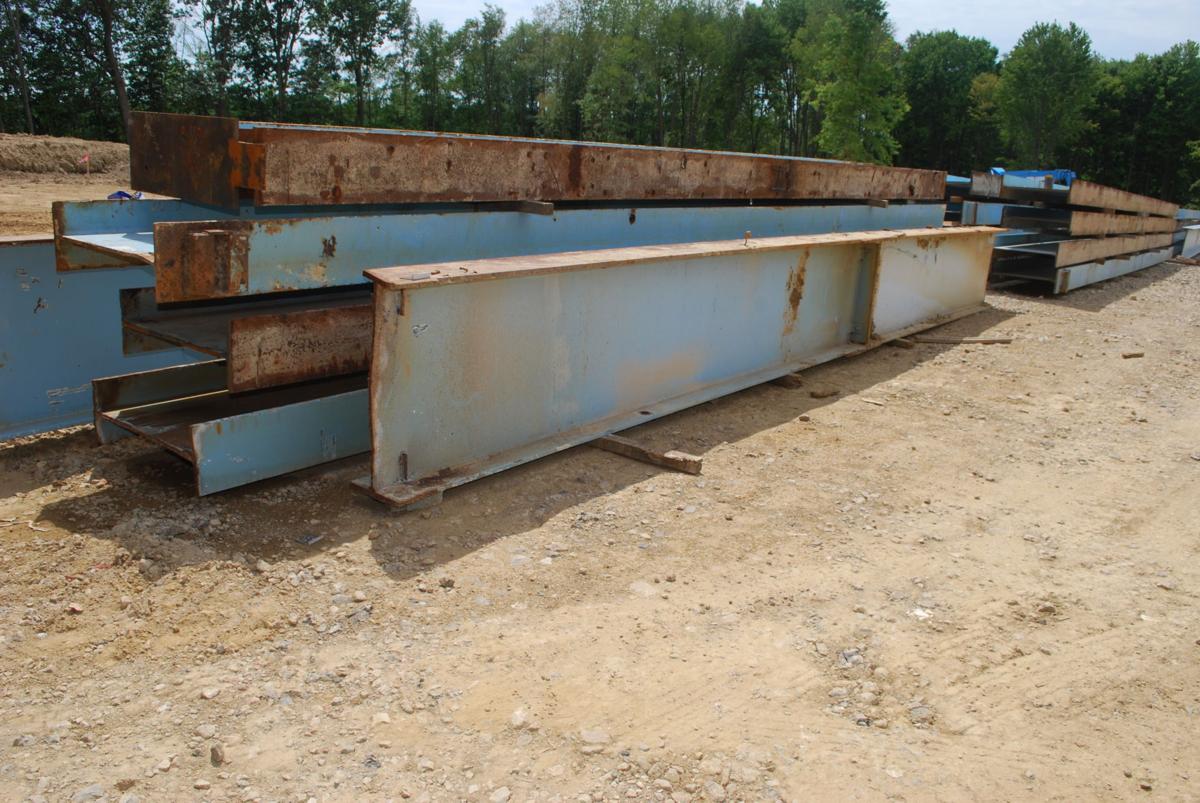 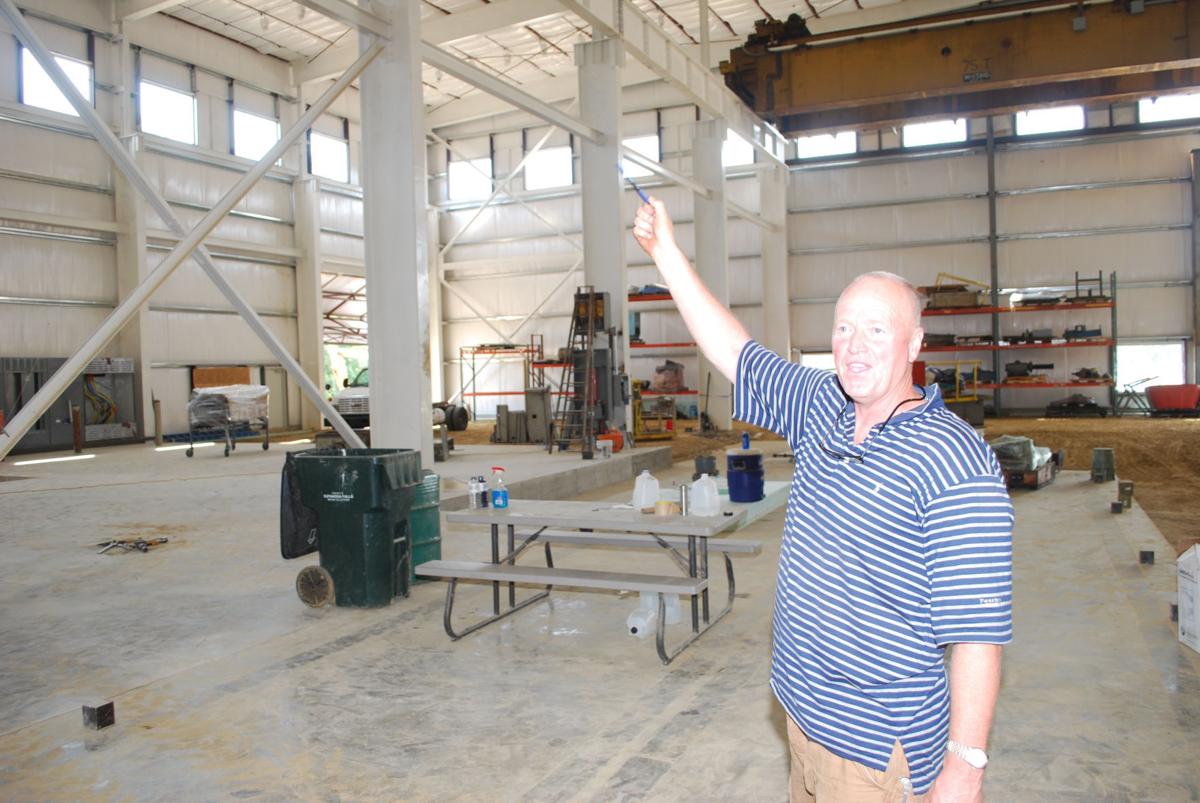 Industrialist David Klossner points out a beam that used to help make fenders at a General Motors plant.

Sprouting in a park-like setting, KDA wants to be the destination for industries needing custom-fabricated parts of any size.

Welders work on a portion of KDA’s 100-ton crane.

Industrialist David Klossner points out a beam that used to help make fenders at a General Motors plant.

NORTON – The setting there on Cleveland-Massillon Road, just past where it splits from 31st Street, a gravel drive winds into the woods. Driving up it (assuming you have permission, it’s posted), you come to a mammoth steel building and the builder hopes to use it as a global “green” manufacturing destination.

KDA Industries is moving into the park-like setting. Indeed, the Metro Parks recently bought the land to the south. McCafferty Park is to the north. Company president and CEO David Klossner wants to keep his facility compatible with his surroundings.

“I want to try and make this an environment where people like to work,” Klossner said. “When we get done, it will be very comfortable here.”

The structure boasts ample energy-efficient windows providing natural light and this is augmented by LED lighting that he says burns less than two amps.

He said the factory will recycle all its rain water in two cistern tanks and most of the materials used to build the plant are “upcycled.”

“I went to all the prefab companies and told them I needed beams to support a 100-ton crane and they all said they couldn’t do it,” Klossner said.

But employing his own engineers and welders and renting space from I-80 Trucking in Norton, he was able to use steel recycled from bridge replacement projects on Interstate 70 as it crosses the Ohio River and fabricate them himself. Smaller beams were repurposed from a General Motors plant in Pontiac, Mich., where they had previously helped press fenders.

The factory will be a custom machining facility that can make just about any large parts. Potential customers include power generation stations and “green energy” facilities. Klossner said he understood how some might not understand. Rather than a factory built to manufacture something specific, KDA, at full build-out, will be able to make essentially anything a customer wants, up to 100 tons. It uses colossal machines that operate on multiple axes, machine components moving back and forth, side to side and up and down, while the material they’re working on rotates this way and that. The end result is any part the customer can think of, made to order.

The plant is being constructed in phases, with the first phase expected to be done in about two months, firing off some of the company’s smaller machines. Larger machines, including a monstrous engine with a 20-by-90-foot steel table, will come later. For that giant, Klossner had to pour 200 yards of concrete for its pad alone, driving steel beams six feet into the ground and pouring the concrete around them. The ends of the beams will act as studs, anchoring that 90-foot table.

Klossner said the pad for the next phases, including corporate offices, are already laid out.

KDA expects to employ 25 highly skilled welders and machinists. He chose this area because of its rich history in the machine trades but added that his needs will make it challenging to find the workers he needs, even here.

“At B&W, for instance, the welders weld one thing one way and they get very, very good at that,” Klossner said. “I need a welder who can weld like that lots of different ways.”

He described a welder currently working for him who can smoothly weld a rotating object.

Construction to the point we’re at brought its own unique challenges.

A video of that operation was shot and is linked in the online version of this article.

Besides the “green” initiatives, Klossner said the company is “partnering” with the Occupational Health and Safety Administration to ensure the best working conditions, both during construction and after the plant starts rolling. The agency’s next audit is set for Aug. 2. The previous one was May 17.

The plant was lured to Norton last summer as city council established a Community Reinvestment Area in the city. The CRA grants the company tax abatements to facilitate construction.

The plant had previously been slated for a parcel off Portage Road in Chippewa Township. The Wayne County Economic Development Council approached the township trustees in February 2015 to create an economic development zone for the plot. However, the Chippewa plan fell through at the last minute.

“Hours before we were supposed to close (on the property deal) the owner changed his mind,” Klossner said. “I already had all this equipment in storage. It cost me nine months and meant I had to build through the winter, which is never fun.”

Klossner opted to stay in the area, though, for the aforementioned history of heavy manufacturing here and he prefers the park-like setting anyway.

Details on the new facility can be found at www.kdaindustries.com