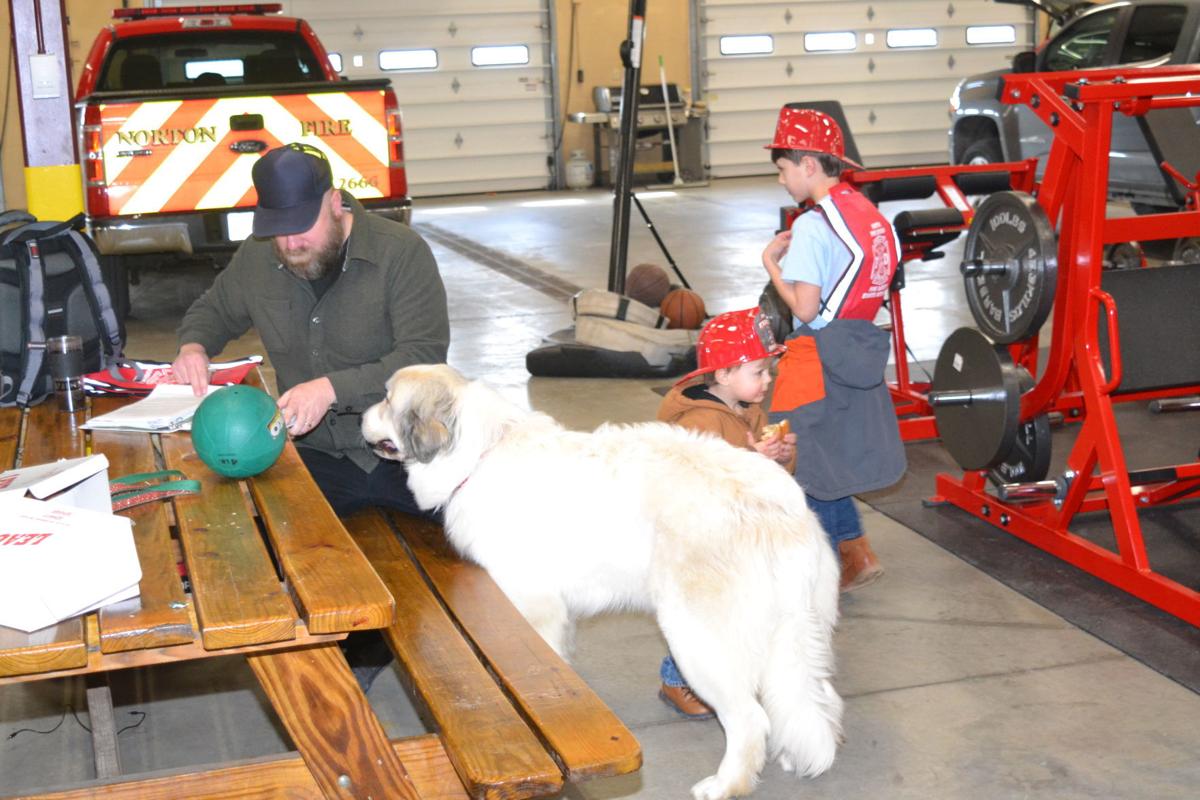 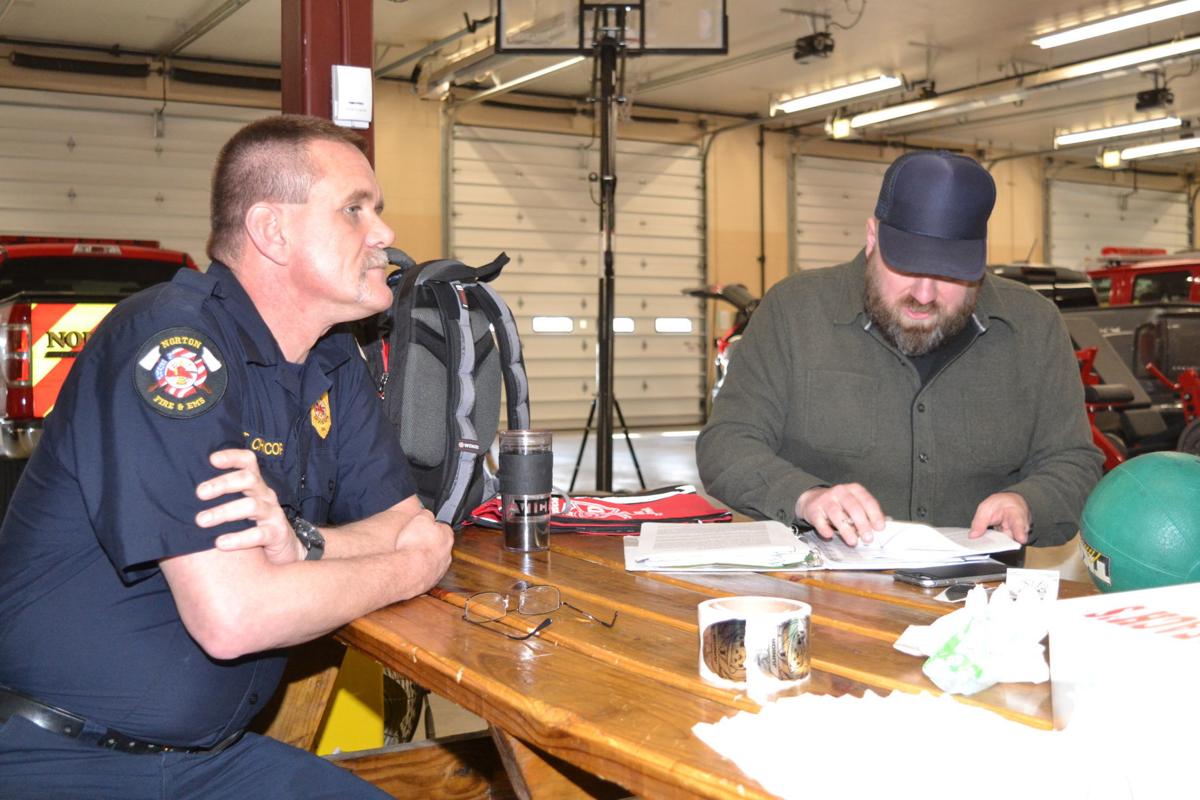 NORTON – An unusual rescue earlier this winter has landed the fire department on network television.

Representatives of the ABC Saturday daytime television series “Rescue Heroes” were in town March 7 and 8 to record interviews with Fire Chief Mike Schultz about the rescue of a dog that fell through a frozen pond Nov. 29.

Someone called into dispatch that day and asked if the department rescues dogs on ice. By chance, Schultz happened to be standing nearby and answered swiftly that they do. He added that not doing so would have the department out rescuing desperate pet owners.

Again, by chance, the department had a squad already out and it had ice rescue equipment aboard.

That unit was dispatched to Jillian Olsen’s Rush Road property where her dog, Frankie, was stranded on a frozen private pond.

By the time the crews arrived, the dog had fallen through and was floundering in the icy water. As expected, when they got there, the dog’s family was trying to deploy a kayak to save the dog themselves.

The rescue truck had an inflatable boat and one firefighter suited up and went in while Assistant Chief Mike Copen and Schultz tended the rope.

Schultz said in animal rescues there’s always a fear how the animal will respond to the rescuers. This wasn’t an issue in this case; Frankie was very happy to see her saviors.

The rescue and its happy ending were recorded on cell phone video and posted online where they caught the attention of a researcher with “Rescue Heroes.” She forwarded the link for review.

“I saw it and said we gotta do this,” program field producer David Reppond told The Post as he procured release forms from his interview subjects March 8. “A lot of our programs have to deal with natural disasters. This was a breath of fresh air. Hope really resonates with our young audience.”

Reppond and his crew interviewed Schultz March 7 and was back at the fire station on March 8 as Olsen brought Frankie, her kids and a couple dozen doughnuts to thank the crews.

The show is produced by the makers of “Good Morning America” and airs on most ABC outlets at noon on Saturdays. Reppond said he expects Norton’s segment to air in May.