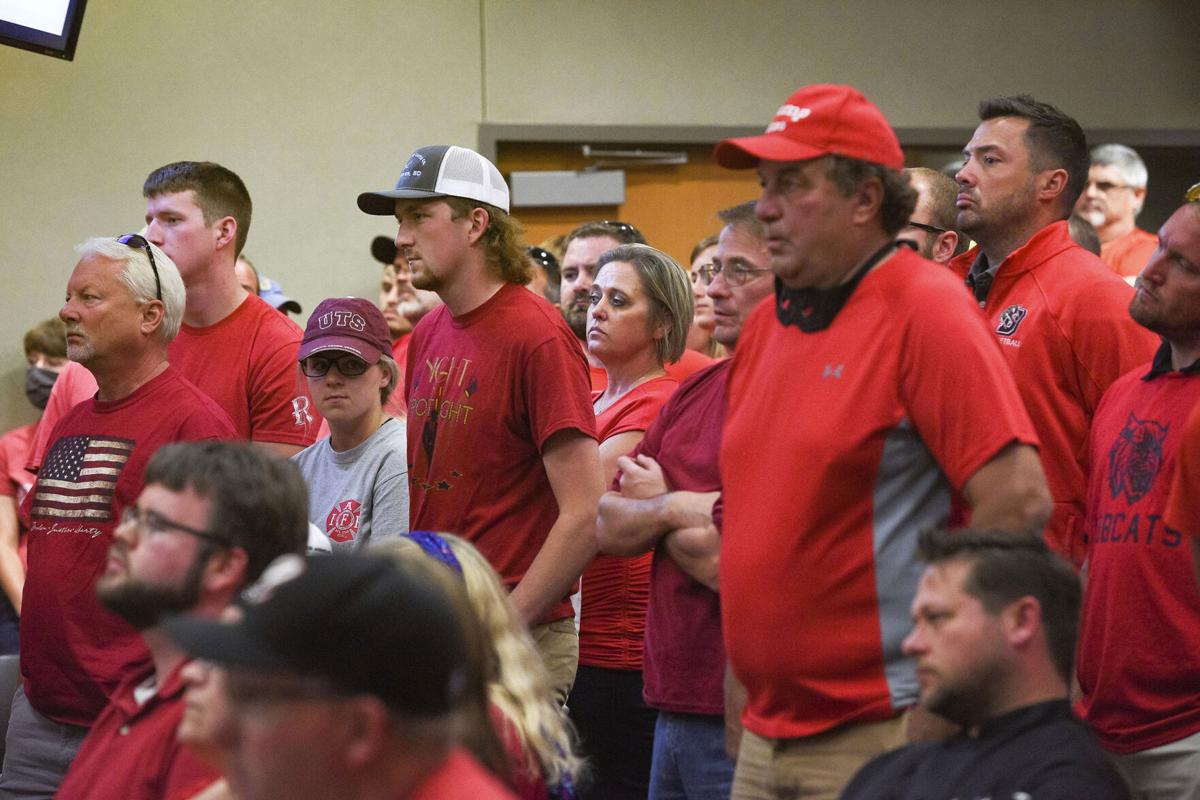 People wear red in solidarity against a potential city-wide mask mandate during a city council meeting Sept. 2 in Brookings, S.D.

People wear red in solidarity against a potential city-wide mask mandate during a city council meeting Sept. 2 in Brookings, S.D.

It was fun taking a day off politics and watching the Browns, but now it's back to reality. We ran an interesting story in our national news section yesterday that you may have missed in the midst of all of our football promotions.

The news report detailed how coronavirus infections in the Dakotas are now growing faster than anywhere else in the nation. This has fueled impassioned debates over masks and personal freedom after months in which the two states avoided the worst of the pandemic.

South Dakota posted some of the country's highest positivity rates for COVID-19 tests in the last week – over 17 percent – an indication that there are even more infections than tests are catching.

Prior to South Dakota's decision to hold the Sturgis Motorcycle rally, both states were relatively virus clean. South Dakota opened their state's restaurants and facilities to nearly a half million mostly unmasked bikers for the 10-day event.

The Republican governors of both states have eschewed mask requirements, so most of the state's population were not mask-wearers, either. South Dakota Gov. Christie Noem has yet to appear at a public event with a mask. She adheres to a reputation as a staunch conservative and defied calls early in the pandemic for lockdown orders.

Both governors are now facing increasing pressure to step up their approach, but neither appears ready to yield. “We will not be changing that approach,” a Noem spokesman said Thursday.

The city council in Brookings, S.D., recently decided to debate initiating face covering requirements in businesses. The city was forced to move its meeting to a local arena to accommodate the intense interest. Many citizens spoke against the proposed rules, but the mask requirement ultimately passed.

“It is not a surprise that South Dakota has one of the highest (COVID-19) reproduction rates in the country,” a City Council member commented about the many people who forgo masks in public. “People have a tendency to become complacent. Then they start to relax the things that they were doing properly, and that’s when the increase in cases starts to go up."

State health officials argue that the COVID-19 case increases have been mostly among younger groups that are not hospitalized at high rates. But infections have not been contained to just college campuses.

"In the end, it’s about individual decisions, not what the government does," a city councilor said. But it is more than that. The decision to hold the rallies was not merely a decision affecting the individuals who attended, but the effects of those actions upon people all over the country.

New research estimates that the Sturgis Motorcycle Rally led to significant spread of the novel coronavirus nationwide. By analyzing the parts of the country that had the highest number of Sturgis attendees and changes in coronavirus trends after its conclusion, a new report estimated 266,796 cases could be linked to the rally. That's about 19% of the number reported nationally between Aug. 2 and Sept. 2.

Officials in Sturgis did consider postponing the 80th edition of the rally. But the event encompasses hundreds of miles outside their jurisdiction, on state-licensed campgrounds and roads traveled by bikers. After determining that many would come regardless of what the city did, city councilors voted to allow the rally so they could prepare for their arrival. The reported attendance was put at 462,182.

State health officials acknowledged that mass gatherings carry a higher risk of spreading the novel coronavirus but questioned the San Diego State University analysis and its methodology. Noem called the study "grossly misleading" and said it "isn't science; it's fiction."

Regardless of which scientists and what statistics you choose to believe, the decisions that every American is now having to make has enormous consequences beyond one's self in a time of pandemic.

"Do you feel personally responsible for the potential effect of your own pandemic lifestyle choices on others?" That is our Daily Post Reader Poll question for Monday.