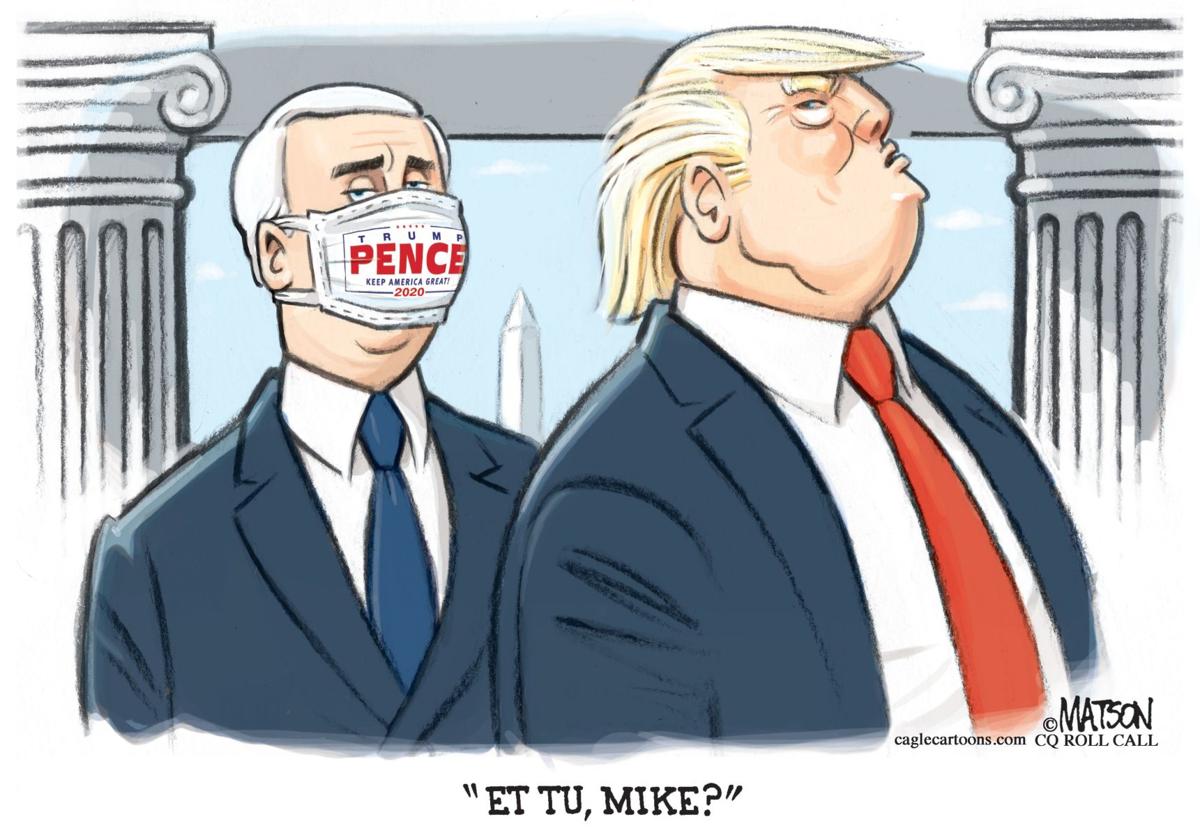 The Trump administration said Monday that it has the coronavirus epidemic under control. This, despite a resurgent outbreak in the Sun Belt states.

It is bad enough that Jacksonville, Fla., where President Donald Trump has been planning to pack a convention hall, just switched gears and declared that mask-wearing will be mandatory in public and indoor locations.

It is not yet known whether this new requirement will still be in place at the time of the convention, or whether Trump and attendees would abide by it.

The World Health Organization reported over the weekend that the outbreak is far from over. Deaths now surpass a half million and total cases have soared past 10 million. A staggering one-fourth of those come from the United States.

Trump still refuses to wear a mask in public. Yesterday's Post reader poll showed over 80% of responders think Trump should be wearing a mask to set an example. Few around the president wear masks, despite their own federal guidelines asking the public to do so.

Vice President Mike Pence did not wear a mask Friday as he was leading the first public briefing on the pandemic in two months. Yet on Sunday, on a trip to hard hit Texas, he not only wore one but asked all Americans to do so.

Arizona, just days after Trump visited the state and staged a raucous indoor rally during which almost no one wore a face mask, saw another record high in hospitalizations. "We're aware that there are embers that need to be put out," White House press secretary Kayleigh McEnany said during a news briefing.

Despite rising infection numbers across the United States, most Americans still don't believe their own state opened too fast. A new CBS News-YouGov poll released Sunday found that 41% of adults said their own state had moved at the right pace to reopen the economy and lift stay-at-home restrictions. Almost as many, 39%, said their state had moved too quickly. This was based on interviews conducted last week so those numbers could be changing.

The national poll also found widespread dissatisfaction with Trump's handling of the crisis, with 72% saying the administration was unprepared to respond to the pandemic. Seventy-three percent said the U.S. death toll could have been lower if plans to combat the outbreak had been in place sooner.

At the rate the virus is spreading, some experts are now predicting nearly half the country could be infected with the virus by the end of this year.

The Post LIFESTYLE section today features "Tuesdays with Mitch," and I highly recommend the column from the author of the best-selling book "Tuesdays with Morrie." Mitch Albom speaks to the issue of how difficult this has been for small businesses and writes his story through the eyes of a couple that own a popular bar.

Many big businesses are hurting as well. The chief executives of some of the nation's largest companies said in a survey that the economic ill effects of the coronavirus pandemic will last through 2021. Nearly a third of them say the harm will remain even longer.

With so much bad news going on right now, we are curious how things would play out if the presidential election were now. The Daily Post Reader Poll for Tuesday asks "If the election were held today, who would you vote for between Donald Trump and Joe Biden?"