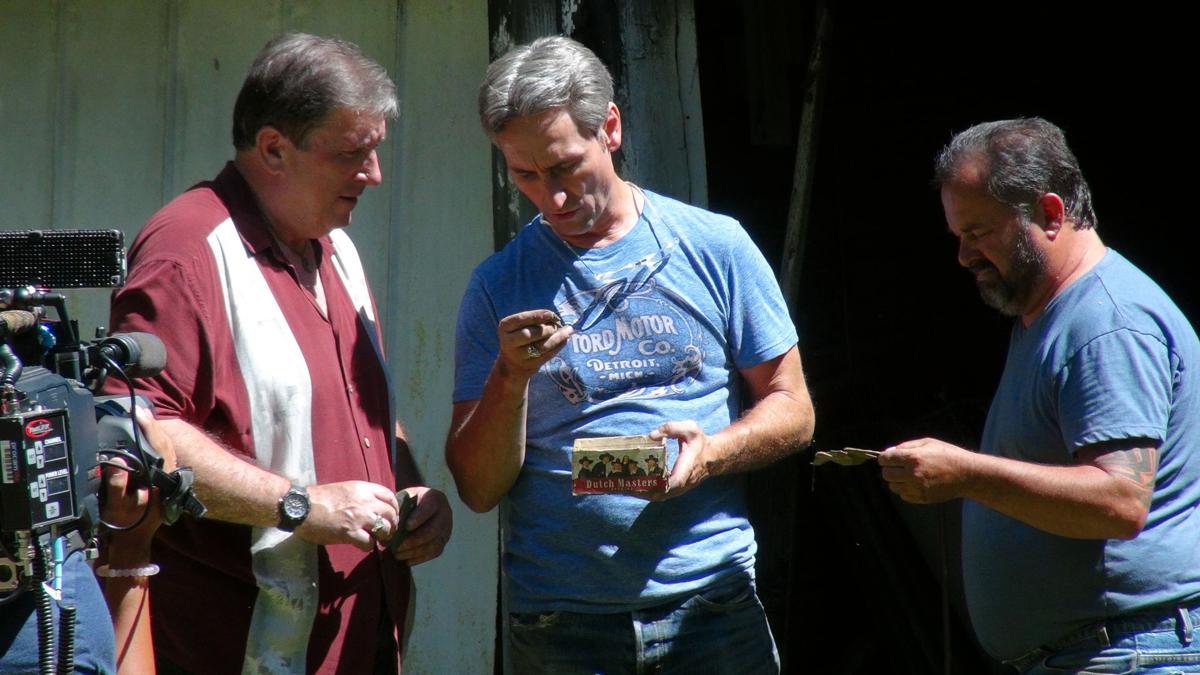 The Lodi segment will air on the History Channel on Monday, Nov. 14. 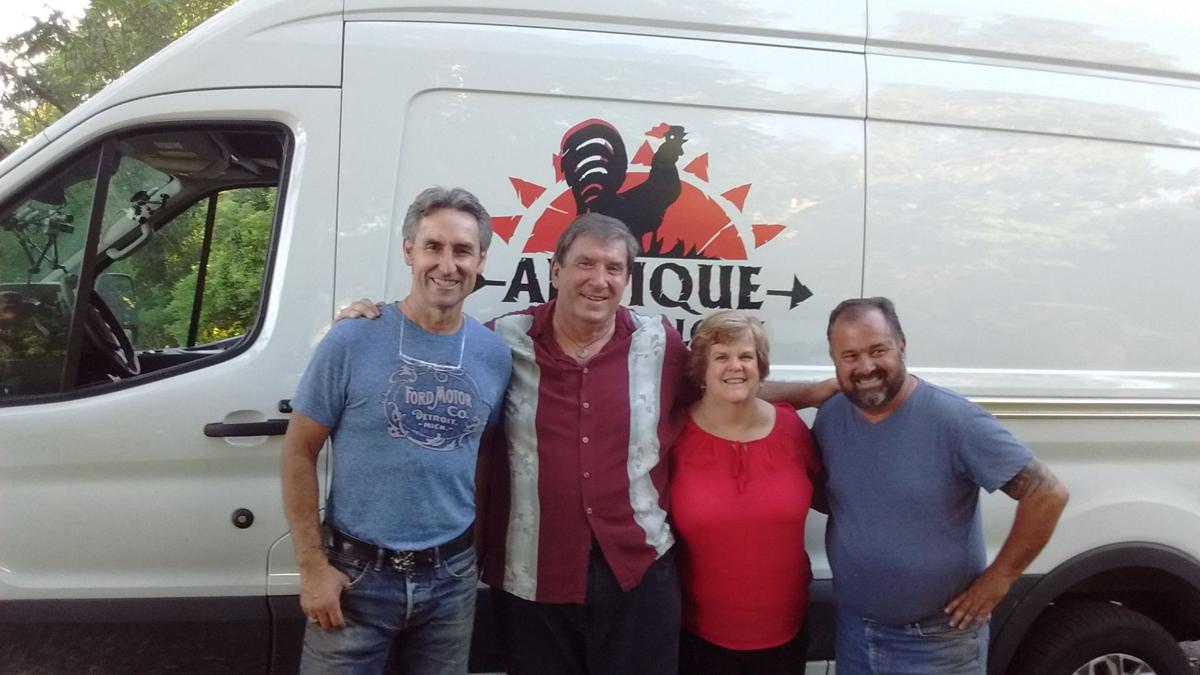 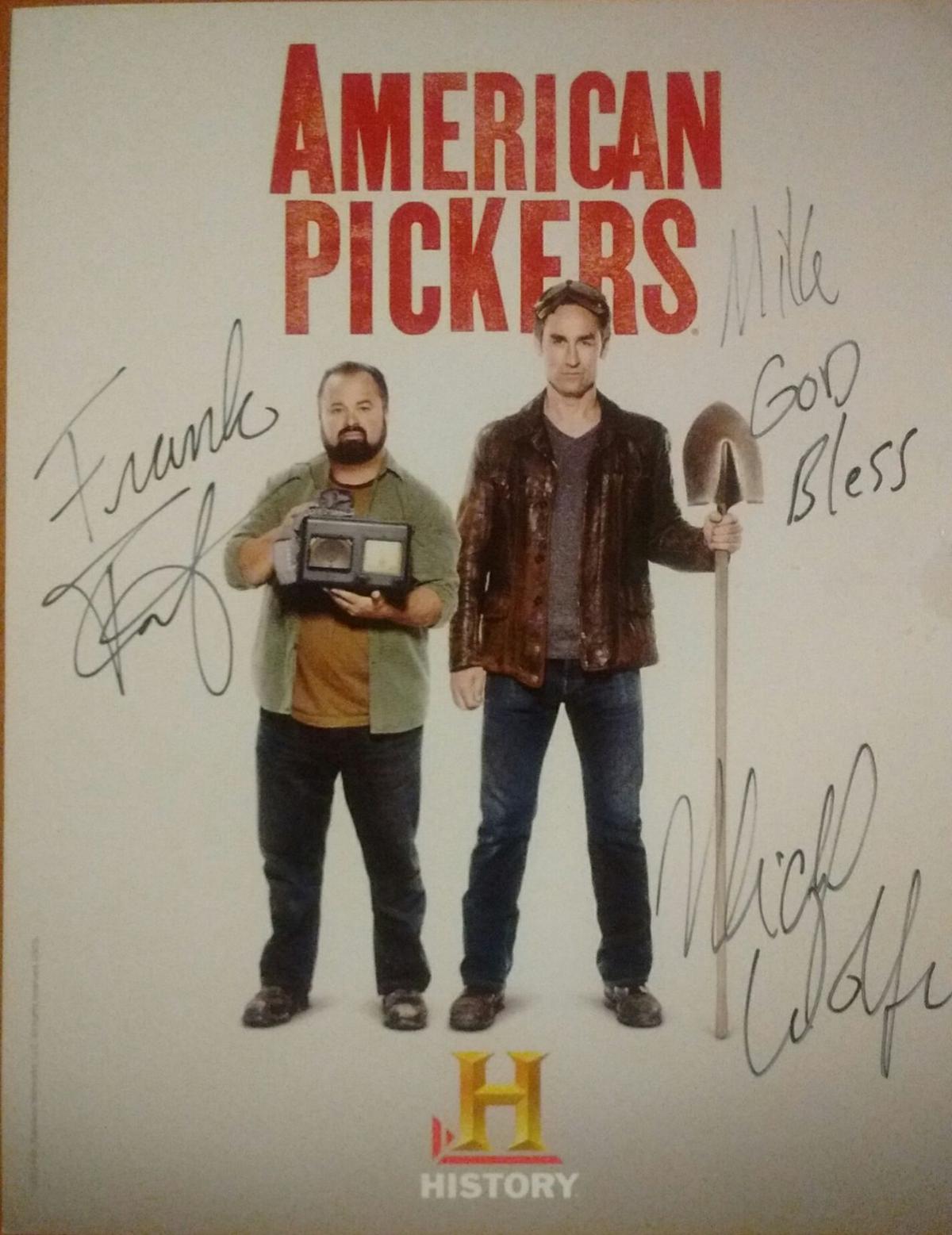 Frank and Mike, known as the "American Pickers" signed autographs. 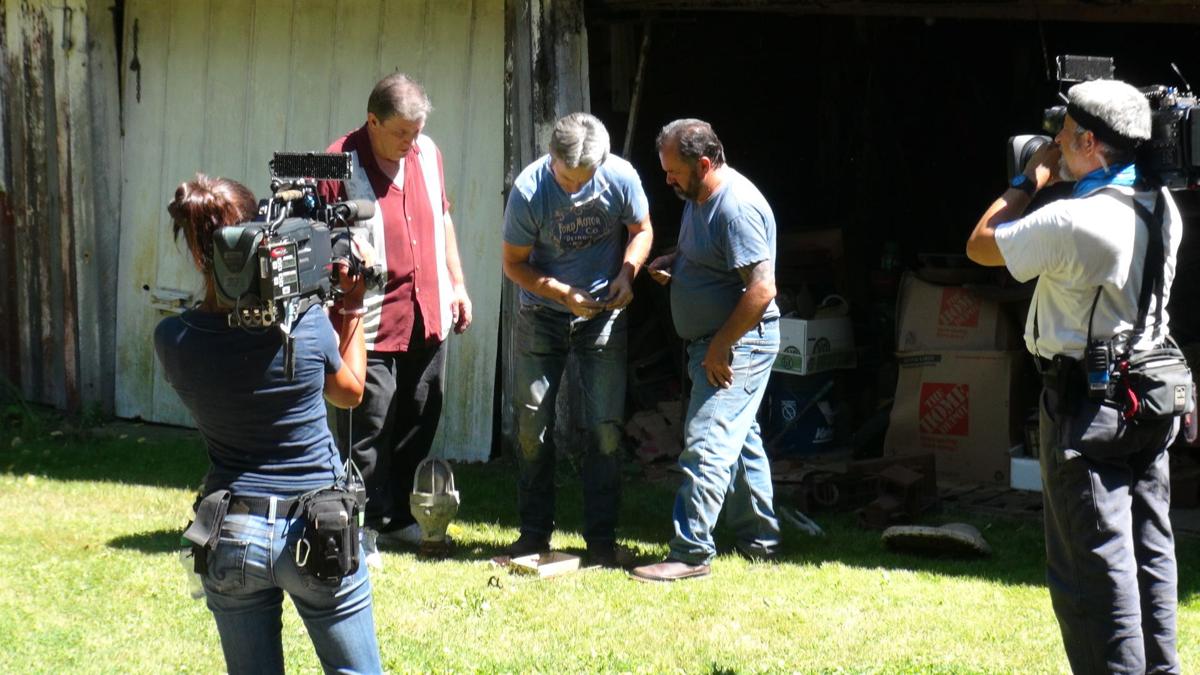 An upcoming episode of the History Channel TV series "American Pickers" was recently filmed in Lodi.

The Lodi segment will air on the History Channel on Monday, Nov. 14.

Frank and Mike, known as the "American Pickers" signed autographs.

An upcoming episode of the History Channel TV series "American Pickers" was recently filmed in Lodi.

LODI – The village of Lodi was abuzz June 24 once word got out that Mike Wolfe and Frank Fritz and the production crew of the History Channel’s popular “American Pickers” was in town.

They were in Lodi at the suggestion of Mike Mace who got wind, a year ago, of the plan for the show to visit Ohio.

Mace sent an email to the producer of the show describing a few of the items his dad, Harvey Mace, had stashed in garages, barns and attics on their properties just outside the village. Mace said he related some stories of his dad.

“I gave them a pretty good pitch,” he said.

Time went by and finally Mace got a call from the lead casting producer who wanted to come and “scout” with the show’s senior casting director Tom Carrera and Mike Wolfe’s brother, Robbie, on June 10.

“Dad’s items were fair game. They wanted to bring the show,” Mace said. “It was a pretty good day. They had me bring the ’36 Ford out of the garage. Then to the really hot attic, the garages, storage buildings and barns. Mike Wolfe did not want to leave.”

The big-ticket items included a 1954 Zundapp German-made motorcycle and a 1919 Franklin car.

Wolfe is known for his love of motorcycles; he was seen driving his own Indian motorcycle through Lodi where he stopped to put air in his tires at Cheapy’s service station.

“They were a really nice group, very personable,” Mace said. “The crew was great to work with. They have no idea what they’re walking into. We were in my grandfather’s barn across the street. Mike (Wolfe) is above in a room and encounters a baby buzzard in the barn!”

The crew included Wolfe and Fritz – who have been “friends forever” – the documenting crew, a sound guy and two camera people, a total of seven or eight people, according to Mace.

Frank was really easy to get along with. They’re welcome here anytime.”

Harvey Mace passed away on New Year’s Eve 2015. His son said he felt his presence while the American Pickers were exploring what Harvey left behind.

Information on Mike Wolfe and the premise behind the show, for those unfamiliar with “American Pickers,” is they hunt old barns, sheds and dilapidated warehouses seeking buried treasures to sell in Wolfe’s Antique Archaeology stores in LeClaire, Iowa and Nashville, Tenn.

Wolfe began at the age of 6 by pulling old bicycles from his neighbors’ trash.

He cleaned and sold his first bike for $5 to another kid, his first “flip.”

He was a professional “picker” for 20 years until his idea for a television show was picked up by the History Channel.

Mike Wolfe hosts fundraising events for St. Jude’s Children’s Hospital, Operation Smile and animal shelters. When he heard of a young Lodi mother recently diagnosed with cancer, he dug into his own pocket and gave $200 to fundraising efforts to help her family.

Mace estimated it might take three to four months to edit and produce the Lodi segment for airing.