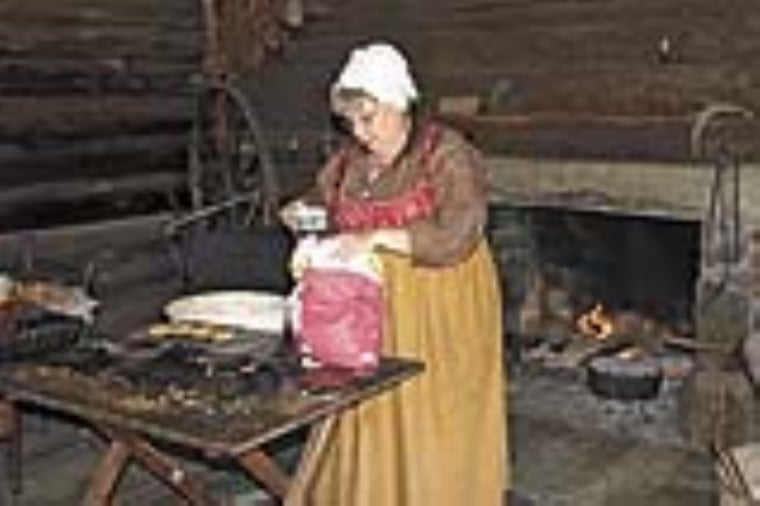 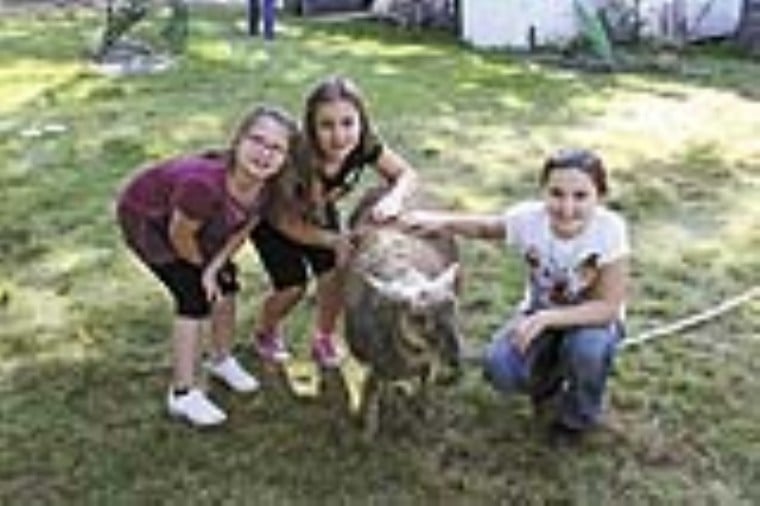 Photo by ANN MORRISON Mackenzie, Madison and Lauren Fioritto enjoy the animals in the petting zoo.

Photo by ANN MORRISON Mackenzie, Madison and Lauren Fioritto enjoy the animals in the petting zoo.

Residents can always feel the seasons change when Harvest Festival takes over the Strongsville Historic Village. This year, on Sept. 24 and 25, the festival was packed with people of all ages who were enjoying old-fashioned fun and experiencing the traditions of many years ago.

There were many activities going on for children. Some were making old-fashioned dolls, others were decorating pumpkins, and some were enjoying freshly-baked cookies hot off the fire. With a mild, sunny weekend to set the stage, there was something for everyone.

"This is a tradition that you look forward to every year. It is something that always brings the community together," said Ruth Brickley, president of the Strongsville Historical Society.

The festival always attracts many people, with several coming year after year to see their favorite exhibitors and take in the sights and smells. Each day, there is a special food attraction that really brings in the crowds. On Saturday, there was a pig roasting all morning that was served to festival-goers in the afternoon. On Sunday, a chicken dinner was hosted by the United Methodist Church. For dessert, guests could stop by the log cabin to enjoy fresh snickerdoodle cookies that were being made over an open fire by Donna Bristol.

As visitors made their way through the village, there were many other activities going on, as well. They could make their own candles and ropes, see men caning chairs, view a stained glass making demonstration and more. At the farmer's market, they could buy homemade pies, fudge and syrup, along with fresh pumpkins, gourds and apples.

"This evolved from a few pumpkins and mums to what we have now," said Gina Cathcart, member of the historical society. "I really enjoy doing it. The customers always seem happy with the pricing and what we have to offer, and it's for the good of the society."

Guests also had the chance to enter to win prizes and money. In a raffle, they entered for a chance to win a queen-sized quilt, which was made by Mary Lou Wright and quilted by Ruth Brickley. The other winnings came from the cow pie lottery. In the cow pie lottery, a young cow is taken into a large pen with a grid. If the animal makes a "cow pie" on your square, you win $1,000. If you have an adjacent square, you win $250.

"The cow always goes - eventually. And you have a good chance of winning something. The odds are better than the lottery," said Pam Hughes, a member of the historical society.

With the raffles, sales and admissions, the festival was estimated to bring in about $6,000. That money will be allocated for the historical society's general fund, which pays for upkeep of the eight buildings in the village and other expenses.

The event has been taking place in the village since 1984. It was originally started to make the community aware of the history of the city. Today, that is still one of the main goals of the historical society.

"This brings people into the village who otherwise wouldn't be here. It brings people together, especially all of the volunteers. They really make it happen every year, and that's part of the community spirit that we have here in Strongsville," said Ruth Mitchell, a member of the historical society.

All of the people putting on the festival were volunteers, and they numbered well over 100. They help make the festival a success year after year, raising money for the good of the historic village and the preservation of the city's history.