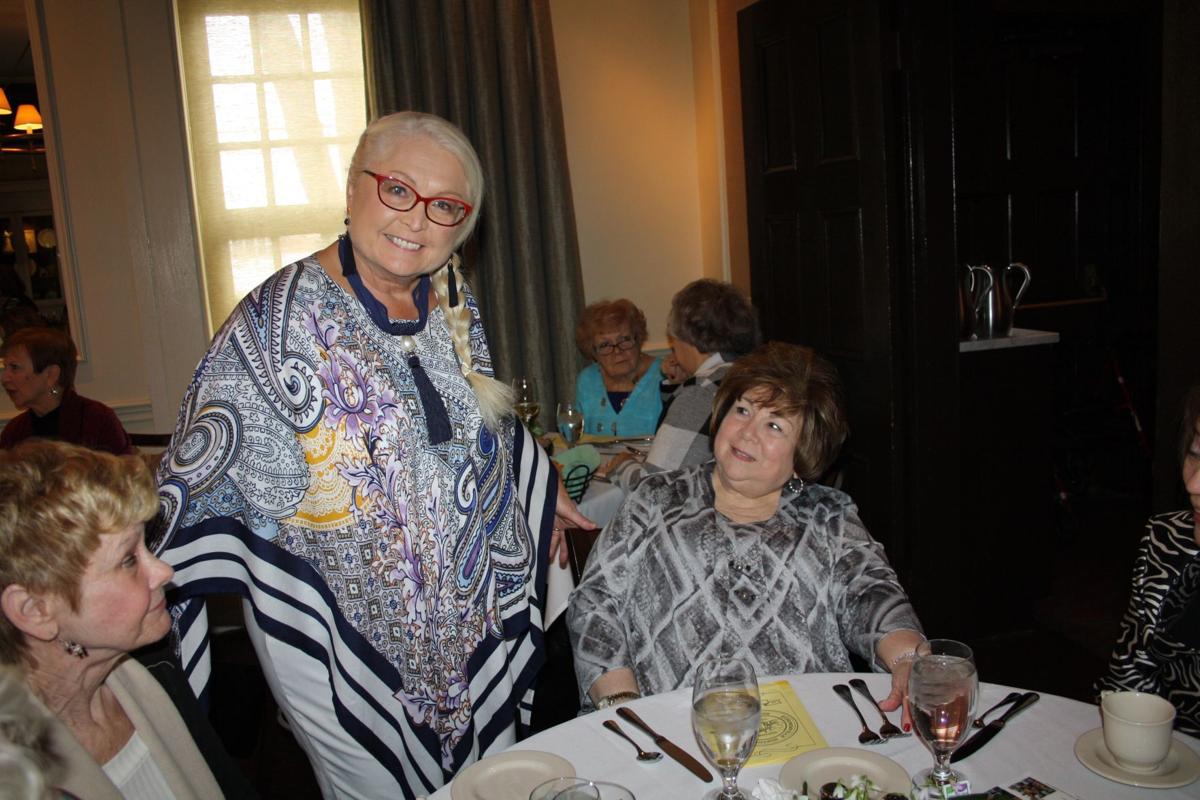 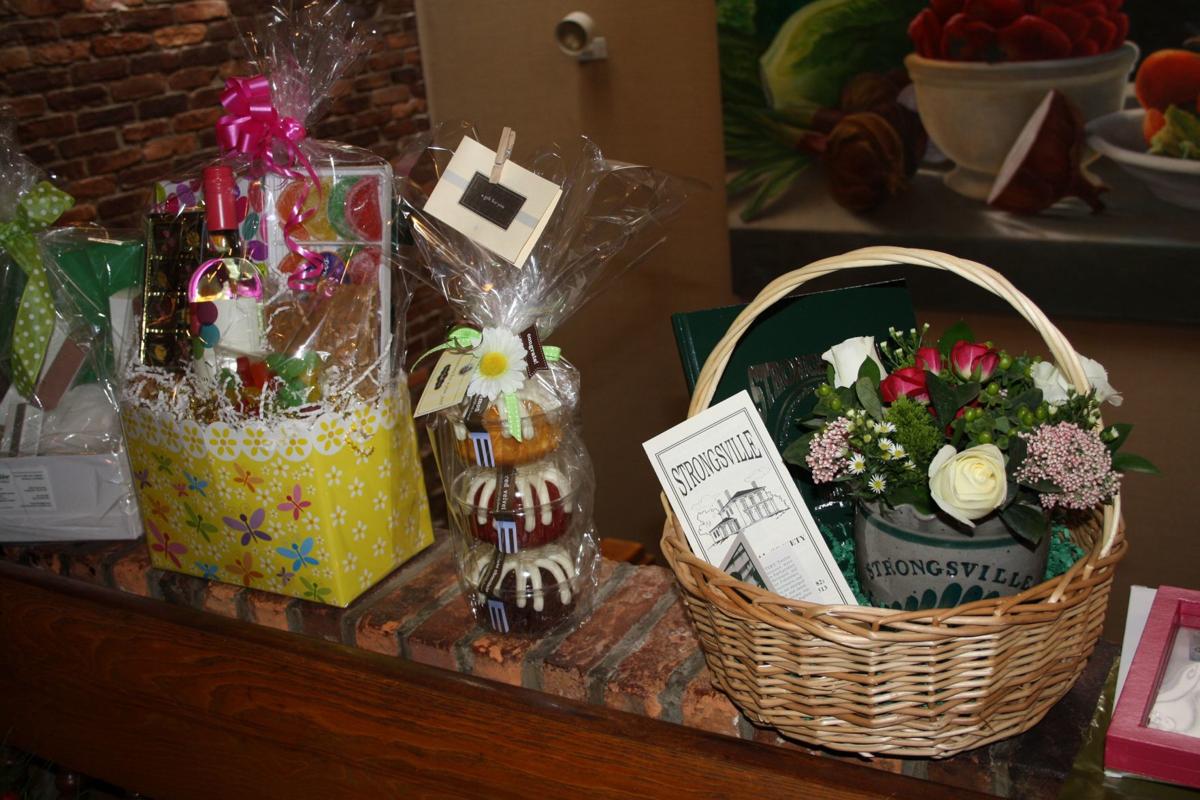 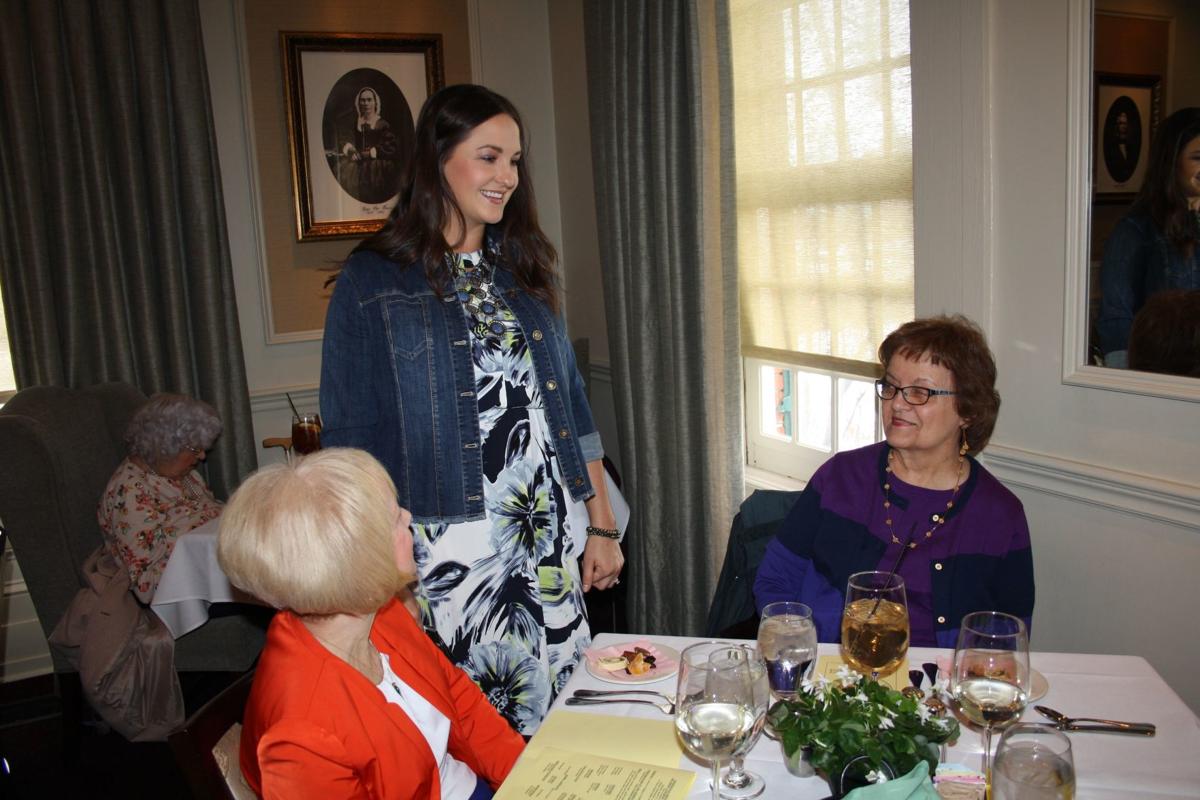 Models showed off spring clothing as guests enjoyed time together in support of the Strongsville Historical Society. 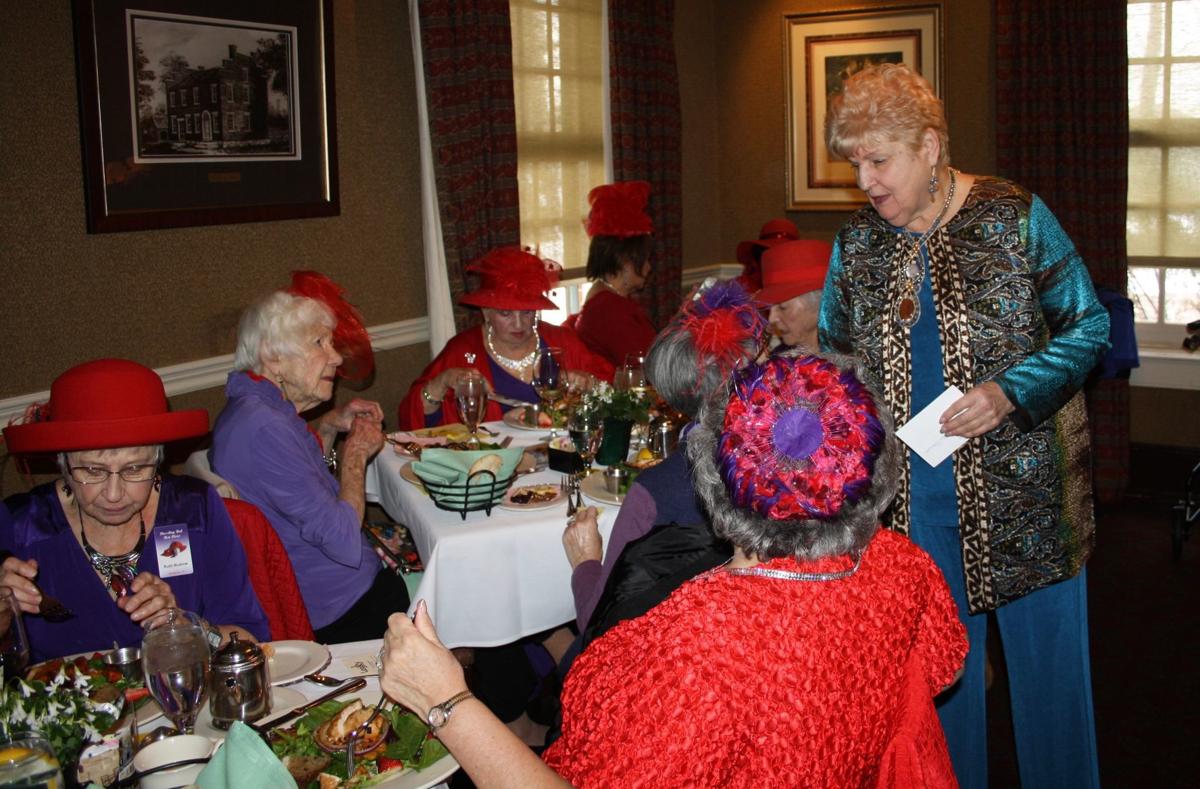 Volunteer models mingled with guests, including the members of the Red Hat Society who attended the historical society’s luncheon.

Models showed off spring clothing as guests enjoyed time together in support of the Strongsville Historical Society.

Volunteer models mingled with guests, including the members of the Red Hat Society who attended the historical society’s luncheon.

STRONGSVILLE – The Strongsville Historical Society hosted its 26th annual Spring Luncheon and Fashion Show March 10. With nearly 200 guests in attendance, the event was a success, as it has been for many years.

The event, hosted at Don’s Pomeroy House, is put on every year as a fundraiser for the Strongsville Historical Village. Guests enjoyed lunch, which was prepared and served by the staff at the Pomeroy House. They also got the chance to see the spring line of clothing from Chico’s at Southpark Mall. The clothing was modeled by volunteers, who also had their hair and makeup done by Today’s Headlines Salon.

“People come from all over for this – they aren’t just Strongsville people, but they are here to support us. And some people come year after year and really look forward to it,” said historical society President Ruth Brickley.

During the event, guests purchased raffle tickets to win donated prizes. The prizes included baskets with everything from flowers and chocolate to a Waterford crystal bowl, spa services and more – nearly all donated by local businesses.

Proceeds for the event were anticipated to total over $6,000, according to Brickley. That money will go straight back to the village, which requires a great deal of ongoing upkeep.

In addition to the maintenance of the eight buildings on the grounds of the historic village, the Roe-Chapman House has been a recent focal point of the society. The house was home to Howard and Velda Chapman, the historical society’s original founders. Much of their history has been brought back to life over the last few years. This year, two more rooms in the upstairs of the house will be opened up. One will display Velda Chapman’s artwork. There will also be a military display in the basement of the home.

“We’ve been focused on getting the founders’ house up and running in the way they had it. There is a lot of Strongsville history in that house alone,” Brickley said.

There have also been new displays in the Lathrop House, including the dishes that belonged to the first mayor of Strongsville in the 1920s, Grant Atkinson, as well as dishes residents have donated that date back into the early days of the city.

Next up for the historical society will be “Rally with Rosie,” a tribute to Rosie the Riveter. It will be held at the Ehrnfelt Recreation Center on April 24, at 7 p.m., and will tell the stories of the women who joined the work force to support America’s World War II efforts, along with history specific to Strongsville during the era.

Village tours will begin in May, and more events will continue throughout the year to support the society’s mission of preserving Strongsville’s history and educating the public.