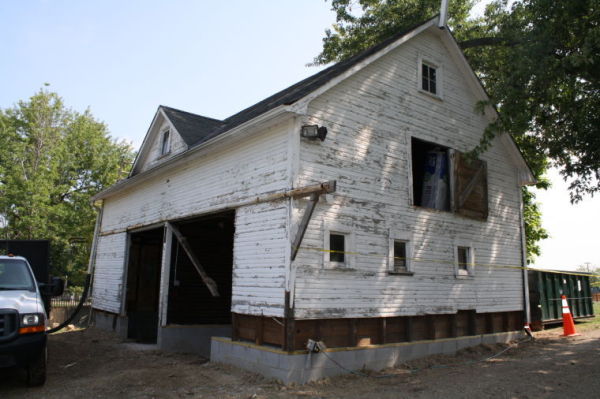 The Roe-Chapman barn has had a foundation installed underneath the original structure so that it can last into the future. 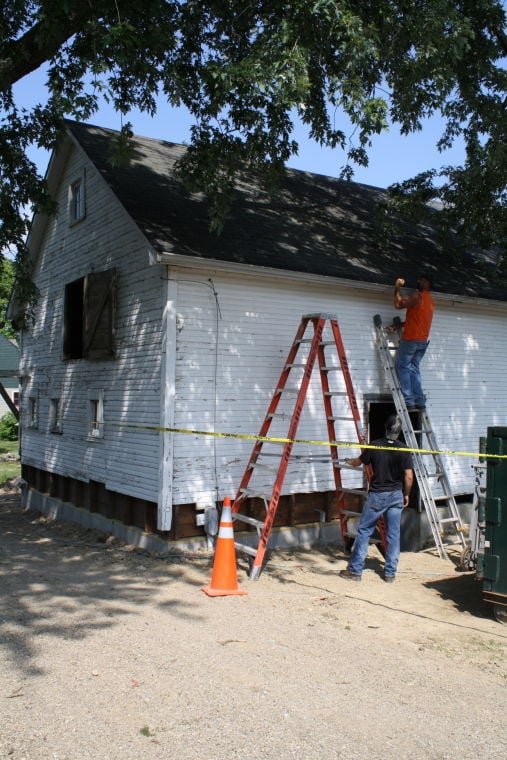 Crews are working to restore the Roe-Chapman barn to look like it did when it was built in the early 1900s, but with a stronger foundation and structural supports.

The Roe-Chapman barn has had a foundation installed underneath the original structure so that it can last into the future.

Crews are working to restore the Roe-Chapman barn to look like it did when it was built in the early 1900s, but with a stronger foundation and structural supports.

STRONGSVILLE – Work is underway on a major construction project in one of the most historic parts of town.

The Roe-Chapman barn on the grounds of the historic village is being restored, and when the work is done, it will be true to its time period and also safe to use today.

The barn was part of the original property, and was built where it now sits. It was constructed in the early 1900s, just shortly after the Roe-Chapman house was built by Wesley Pepper. It has served as storage for a collection of tools and farm equipment that was used from the early 1800s through the 1900s.

With the fundraising efforts of the Strongsville Historical Society, the renovation is now possible. It should be completed by the end of the summer.

“At the end of this project, the barn will be back to what it looked like when it was originally built, but it will be much stronger and more usable for the village,” said Marty Shaw, historical society member.

The barn was built without a foundation, just sitting on the ground. In order to create a solid foundation, the structure had to be jacked up while crews worked beneath it. They are also adding structural supports and repairing damaged portions of the barn.

“Considering how long it stood it was doing well, but it was in need of repair. It was so well-built for that time period,” Shaw said.

The work is being professionally done by Pro Built Construction, a company that restores old structures. Volunteers from the historical society also pitched in to sort through the contents and safely store them.

When the barn is completed, it will be used in part to display some of the antique farming equipment. Some of the things that were discovered were horse- or oxen-drawn farm equipment, antique tools and other things that were used by settlers in the early days of Strongsville.

“It was amazing to find the amount of things that had been kept in there for so many years,” Shaw said. “It was obviously used and rusted, but in really good shape overall.”

Members of the historical society hope to have the project completely done and ready to show to the community in time for the Harvest Festival on Sept. 27 and 28.