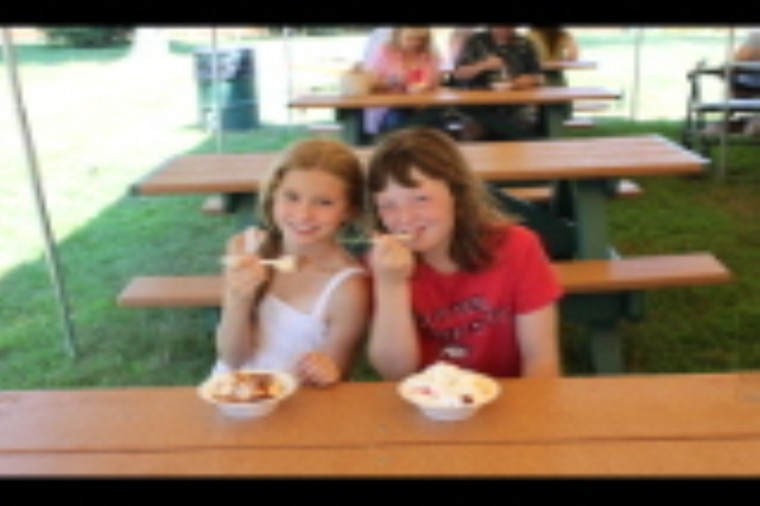 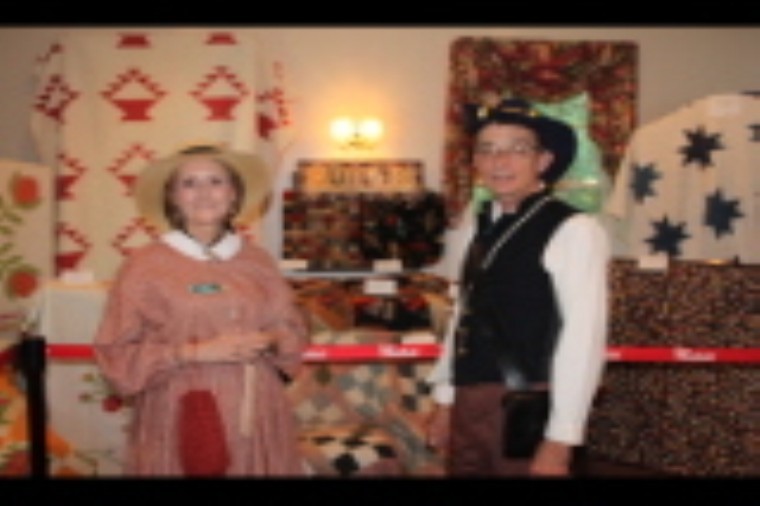 Photo by ANN MORRISON Marie Shaw and Marty Shaw dressed in Civil War-era clothing to tell the history of some of the oldest quilts on display at the historic village.

Photo by ANN MORRISON Marie Shaw and Marty Shaw dressed in Civil War-era clothing to tell the history of some of the oldest quilts on display at the historic village.

The Civil War was the theme at the Strongsville Historic Village on July 10, when visitors of all ages gathered to view a display of quilts and enjoy old fashioned ice cream.

It was the first such event put on by the historical society. For the next few years, the group will be celebrating the 150th anniversary of the Civil War, along with people all around the country, and that theme will be tied into many of their events. Throughout the afternoon, guests had the opportunity to see quilts that dated back as far as the 1870s. Historical society members dressed in period-appropriate attire, told stories of where the quilts came from and how they ended up in Strongsville.

Some of the oldest quilts had symbols of the Underground Railroad that the slaves would have recognized that would lead them to safety. Others were made more recently, some even by members of the historical society. In total, nearly 100 quilts were on display for the afternoon and no two were alike.

Marty and Marie Shaw were two of the people dressed for the Civil War era. Marty was dressed in a traditional sergeant uniform, while Marie was wearing a long day dress, both very warm outfits for a 90 degree day.

"Women would not expose their arms during the day," Marie said. "If you were tan, it meant that you had to work in the fields."

With their clothing, they were hoping to stir up questions in some of the visitors, and be able to educate people about the history of the Civil War, as well as its anniversary.

"We're trying to give people information about the Civil War era throughout each event this year. Dressing in clothing that is accurate to the period helps give people a visual," Marty said.

Also taking people back in time was the traditional ice cream parlor atmosphere that was set up. With upbeat music played by historical society member Alice Frawley on the keyboard, the scene was set for an enjoyable family afternoon.

In addition to seeing all of the quilts and enjoying ice cream, people also entered for a chance to win a new quilt at the Harvest Festival on Sept. 25. Tickets are still available for a chance to win the queen-sized quilt, which was made by Mary Lou Wright and quilted by Ruth Brickley, both members of the historical society. It has a rose border with multi-colored floral plates. Those who would like to purchase a raffle ticket may call Ginny Rios at 440-238-7617. Proceeds from the raffle will go to the historical society.