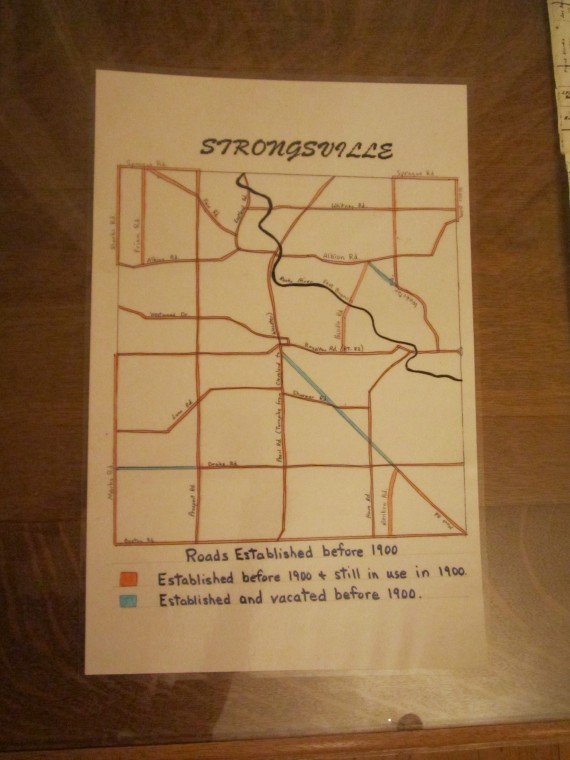 A basic map of the early days of Strongsville depicts the roads that started the city. 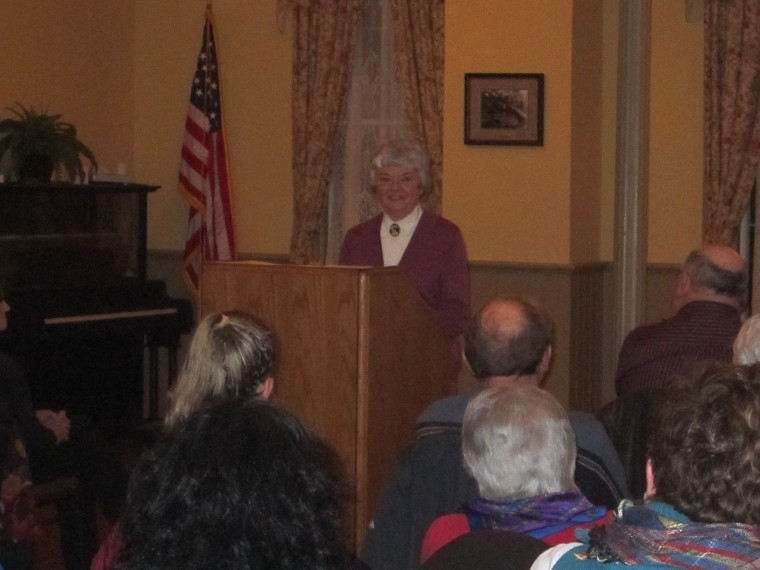 Louise Varisco spoke to the historical society about the early roads in Strongsville.

A basic map of the early days of Strongsville depicts the roads that started the city.

Louise Varisco spoke to the historical society about the early roads in Strongsville.

STRONGSVILLE – Did you know that the oldest road in Strongsville is Boston Road? Or that when the first settlers came to the city in the 1800s, it was no more than a forest?

Guests of the Strongsville Historical Society learned that information and more at the annual Founders Day celebration on Feb. 26. The event took place at the Old Town Hall in the middle of town, a historic building that highlights historic Strongsville.

Louise Varisco was the speaker for the evening, and she talked largely about the history of the roads that make up the city. When the settlers came to town, they came from the East with as much as they could carry. They found a plot of land and decided to make it their own. Among them were John S. Strong, his family and a group of supporters who would become the very first residents.

At that time, there was no road that went from Cleveland to Strongsville – that road, Pearl Road, came later.

“The first roads started out as little more than dirt roads,” Varisco said.

It is thought that the more permanent roads, such as Boston Road, were built by armies to use as they traveled. Gen. Anthony Wayne is believed to have been behind the construction of Boston Road following his Indian Campaign in western Ohio from 1795 to 1796. The Ohio Western Reserve wanted the road to become a federal highway, but that never happened.

Following Strong and his group of travelers, the first settlers in the city came in about 1816. From there, the roads began to develop more rapidly as the city came together over the years. Settlement happened quickly, and the roads were built to accommodate the growing number of families that were calling Strongsville home. Many of the roads that still exist today were named after the families that originally settled on them, such as Drake and Howe.

Along with Varisco, most of the historical society’s officers and event chairs were in attendance. Additionally, guests came from both in and out of town to be part of the event that celebrates the founding of Strongsville and provides new insights to the early days in the city.