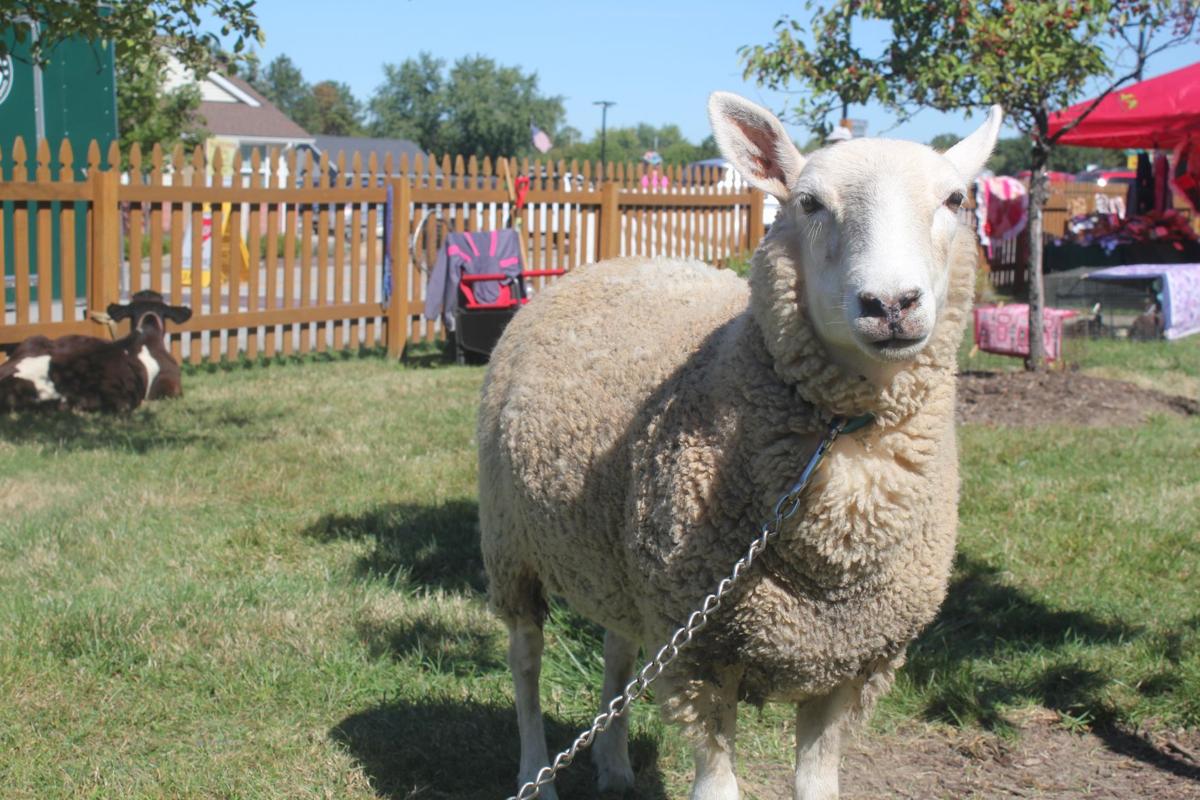 A petting zoo was one of the many attractions at Harvest Festival. This sheep is ready for the next child. 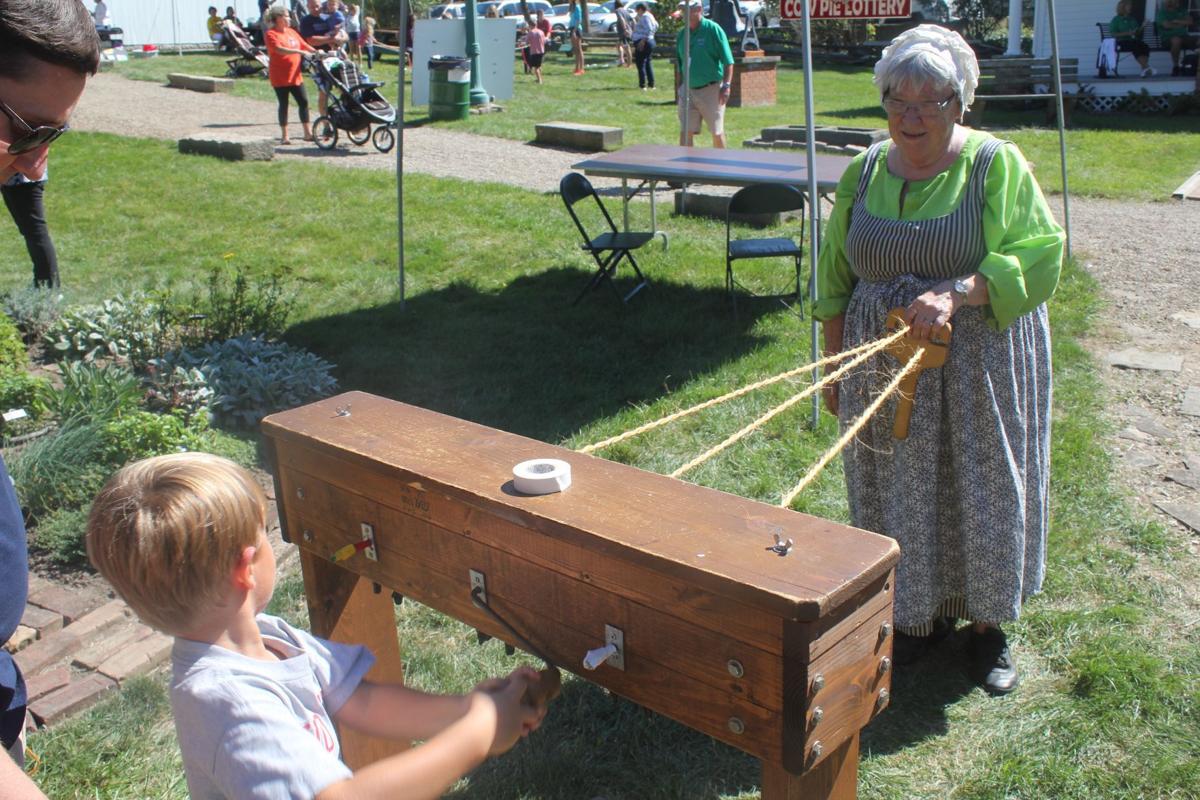 Donna Bristol gets some assistance from Malachi Bissell, 4, of Strongsville, in making rope. This is how it would have been done in the early 1800s. 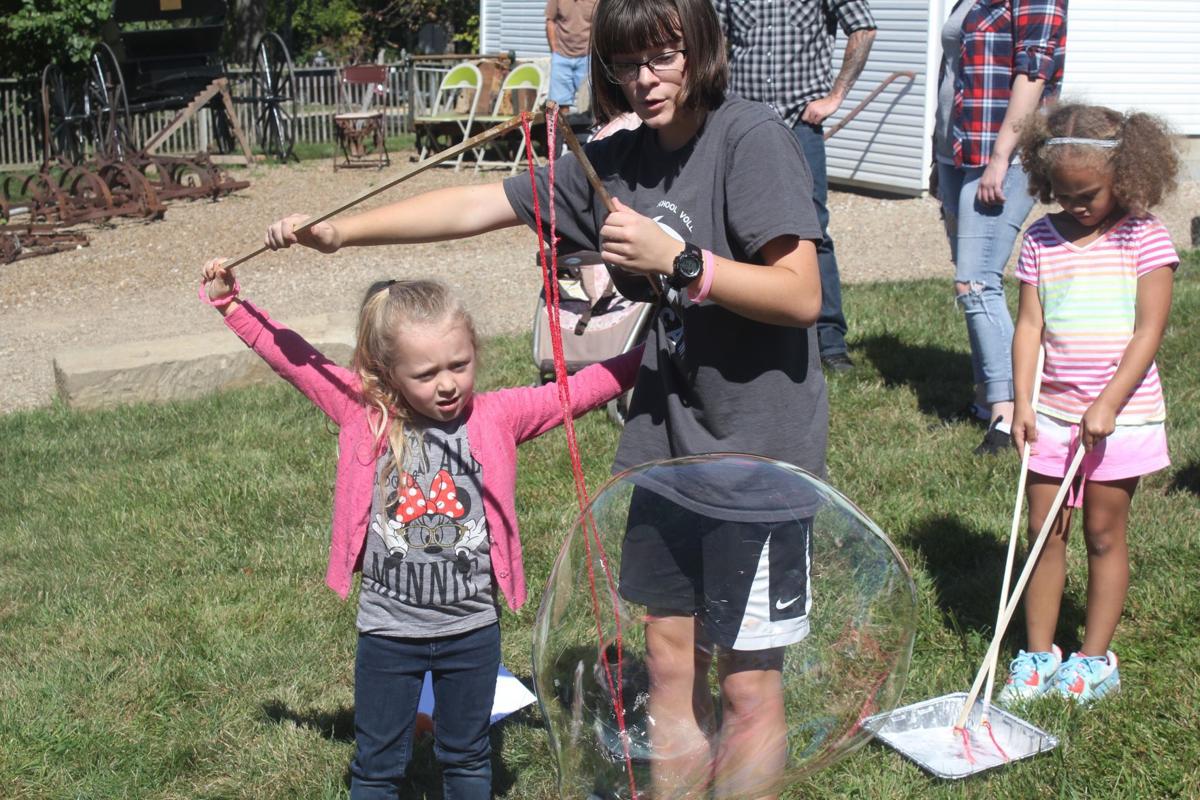 There were no bubble-making machines in the 1800s. Pieces of yarn tied to sticks and dipped in a soapy solution was the way to go. LeAnne Hawk assists Adalynne Martinez, 4, create large bubbles. 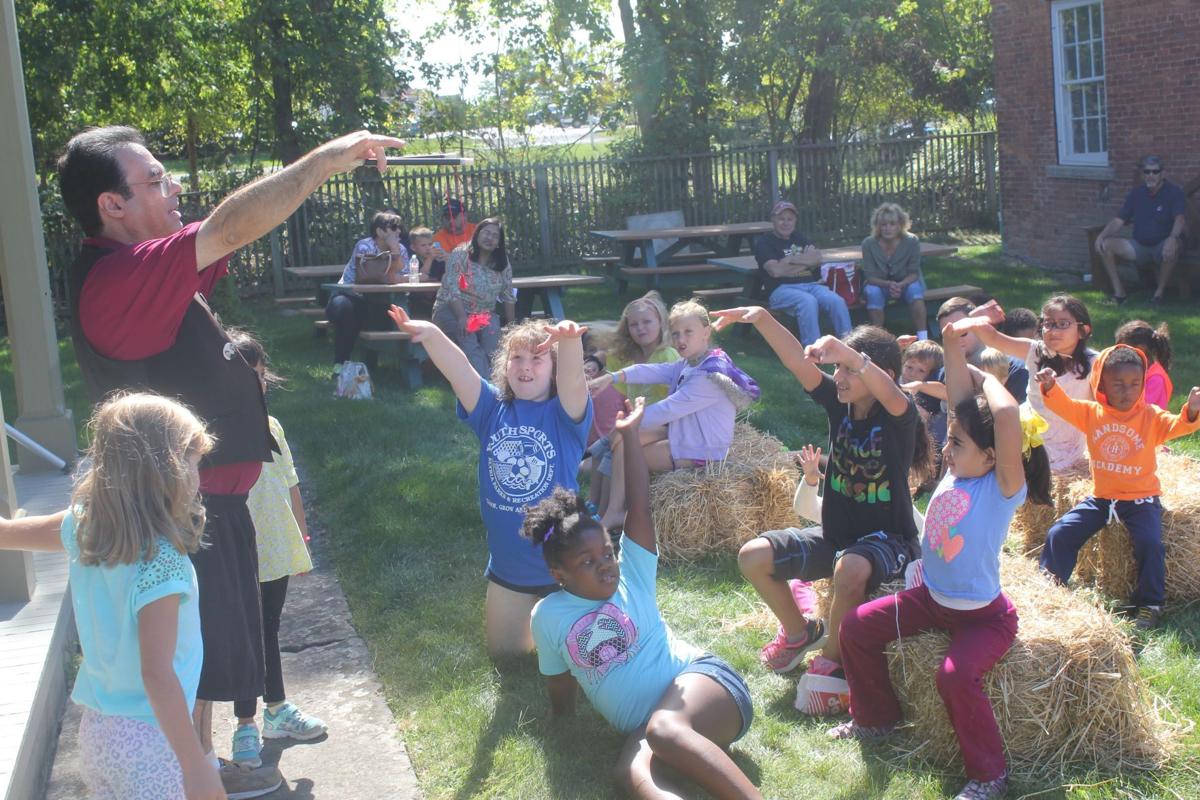 The Great Brad walks children through a magic sticks demonstration at Harvest Festival. 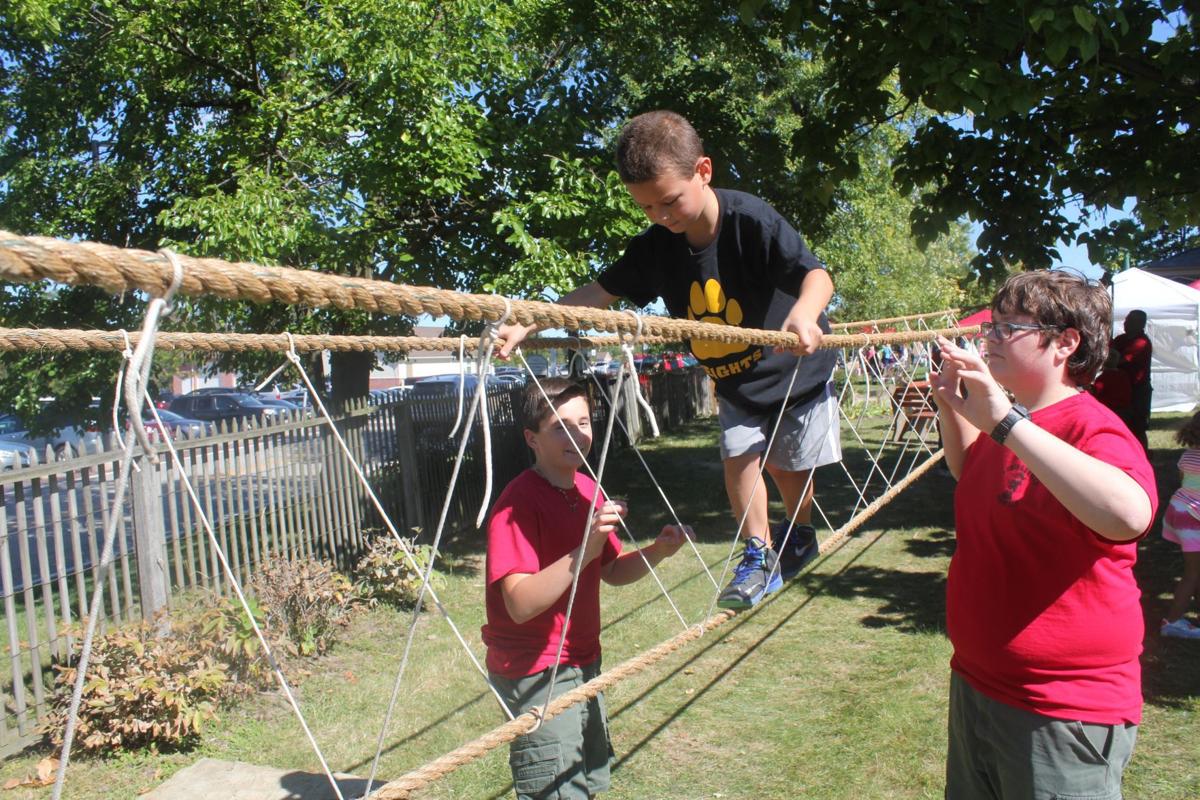 A petting zoo was one of the many attractions at Harvest Festival. This sheep is ready for the next child.

Donna Bristol gets some assistance from Malachi Bissell, 4, of Strongsville, in making rope. This is how it would have been done in the early 1800s.

There were no bubble-making machines in the 1800s. Pieces of yarn tied to sticks and dipped in a soapy solution was the way to go. LeAnne Hawk assists Adalynne Martinez, 4, create large bubbles.

The Great Brad walks children through a magic sticks demonstration at Harvest Festival.

STRONGSVILLE – Fall came in at 10:21 a.m. on Sept. 22. Two days later the Strongsville Historical Society welcomed the season with its annual Harvest Festival on the grounds of its Pearl Road Historical Village.

The weather was more summer-like than that resembling autumn, but that was just fine. Bright sunshine and temperatures in the mid-70s for both days of the event, Sept. 24-25, seemed to sit well with organizers and certainly with attendees, as the grounds were busy the entire weekend.

“It was a great event,” said Ruth Brickley, Historical Society president. “It was one of our best years. The weather cooperated and we had more people who had never been here before. There were people here from Painesville, Aurora and Chesterland.”

Even though there was no admission fee, the event is a fundraiser for the society and village. A cow pie lottery and quilt raffle were conducted to raise funds.

Historical Society Vice President Jean Wittrock, chair of the Harvest Festival, was pleased with the turnout.

“People have been flowing through,” she said. “We seek donations where we can. This is an event to get people out and help us pay those utility bills.”

The Historical Village has eight buildings that Harvest Festival attendees toured and learned more about the history of Strongsville. Historical photographs were on display in the Lathrop House, while other buildings included items that represented different eras.

“What we tried to do this year is focus on the city’s 200th birthday and say happy birthday Strongsville,” Wittrock said. “There’s no particular era. We’ve tried to capture history through the years. We’ve really tried to get more things out so people could see what we consider artifacts.”

There were plenty of events and demonstrations for adults and children to take part. There were old-time crafts like rope and candle making and a loom demonstration, and more modern activities like face painting and magic from The Great Brad.

Sisters Donna and Lynn Bristol are re-enactors who dressed the part for rope and candle making.

There was a petting zoo where farm animals like sheep, cows and geese congregated. An antiques, arts and crafts sale, along with eight vendors selling items like wreaths, clothes, crocheted handbags and more.

The vendors were a new touch that might be expanded in future years.

“We wanted to find vendors who sold handmade or homemade items,” said Historical Society member Scott Maloney, who organized the vendors section of the event. “We’ll try to build this and spread them throughout the village.”

Members of the Strongsville Community Theatre conducted cemetery tours for those in a more of a late fall type of mood.

Boy Scout Troop 226 was on site with a rope bridge for young folks to traverse. The idea behind the bridge is to build confidence.

“We come out here to help the community and give kids a chance to build confidence and conquer some fears,” said Scoutmaster Derek Apo.

One of those in attendance was John Plues, of Strongsville, who had his 2-year-old granddaughter Olivia in tow.

“I think it’s wonderful. I was trying to get her face painted, but she’s still a no go. She likes the animals and the popcorn,” he said.

Emily Bularz, of Parma, learned of the event through social media and took a drive to Strongsville.

“This is pretty cool,” she said.

An Old-Fashioned Chicken Dinner will be hosted by the Strongsville United Methodist Church on Sunday, Oct. 2 from 4:30-8:30 p.m. Tickets are available by calling Brickley at 440-572-0535. There may be a limited number of tickets available at the door.

The Historical Village will host a Christmas lighting on Sunday, Nov. 20. Christmas in the Village is Dec. 3-4 and 1-11 from 2-5 p.m. These are free events.