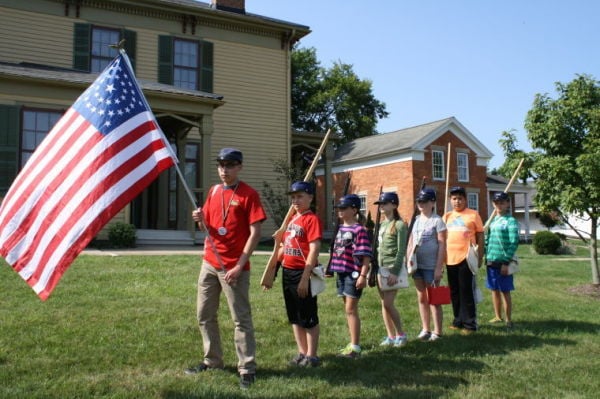 The young soldiers marched their way from one activity to the next, and even into a “battle” against the other troops. 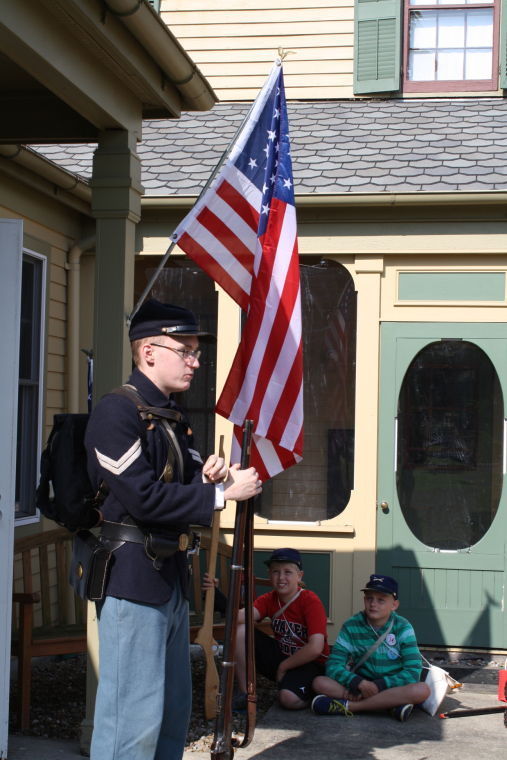 Michael Brody portrayed a corporal in the Union Army and told the campers about the experiences of the men who fought in war.

The young soldiers marched their way from one activity to the next, and even into a “battle” against the other troops.

Michael Brody portrayed a corporal in the Union Army and told the campers about the experiences of the men who fought in war.

STRONGSVILLE – The Civil War has ended for Strongsville campers. For the fourth and final year, the Strongsville Historical Society put on a Civil War day camp for young history buffs during the last week of July.

The camp honored the last year of the war and Sherman’s March to the Sea. Third- through fifth-grade students became privates in the Union Army and learned about different aspects of the war through hands-on activities. Some of the participants have been in the camp for three or four years now, and have made the journey through the historical time period.

“This is just a fun way for us to immerse the kids in American history, specifically, the Civil War. It gives them a unique way to learn about a very important time,” said Marty Shaw, historical society member.

During the week-long camp, about 25 children met at the Strongsville Historic Village to hear from people doing reenactments, see Civil War weaponry, take part in an archaeological dig, learn Civil War-era music and more. The reenactments included Abraham Lincoln, 17-year-old Michael Brody as a corporal in the Union Army and the 29th Ohio Volunteer Infantry doing Sherman’s March to the Sea.

A trip away from the historic village to the Pomeroy House gave them a lesson in the Underground Railroad, and specifically, its history in Strongsville. There, escaping slaves were sheltered as they escaped from southern plantations.

New this year was a sutler’s tent. A sutler was a civilian merchant who sold supplies in the field or near the camps. They traveled with the army to sell things the troops weren’t issued, including luxury items like tobacco and sugar. The campers had the chance to experience that and learn more about everyday life as a soldier on the battlefield.

When the camp started four years ago, it was the intention of the organizers to carry it out to this point. Each year has focused on different aspects of the war, so the returning students have built upon their knowledge. Some of them have even traveled to Gettysburg to learn more about the historic battle.

The camp has been put on by the same core group of volunteers for all four years. Volunteer teachers and members of the historical society have led them through the activities along their journey as Union soldiers and added a little extra education into their summer break.