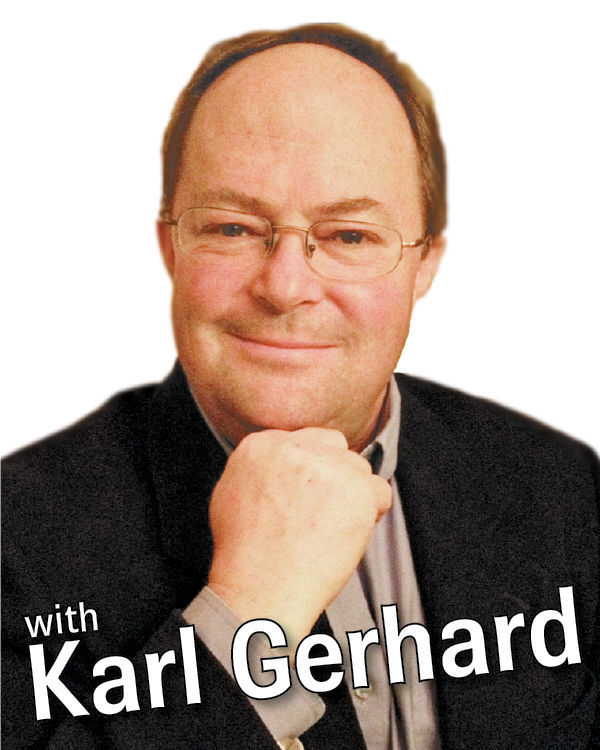 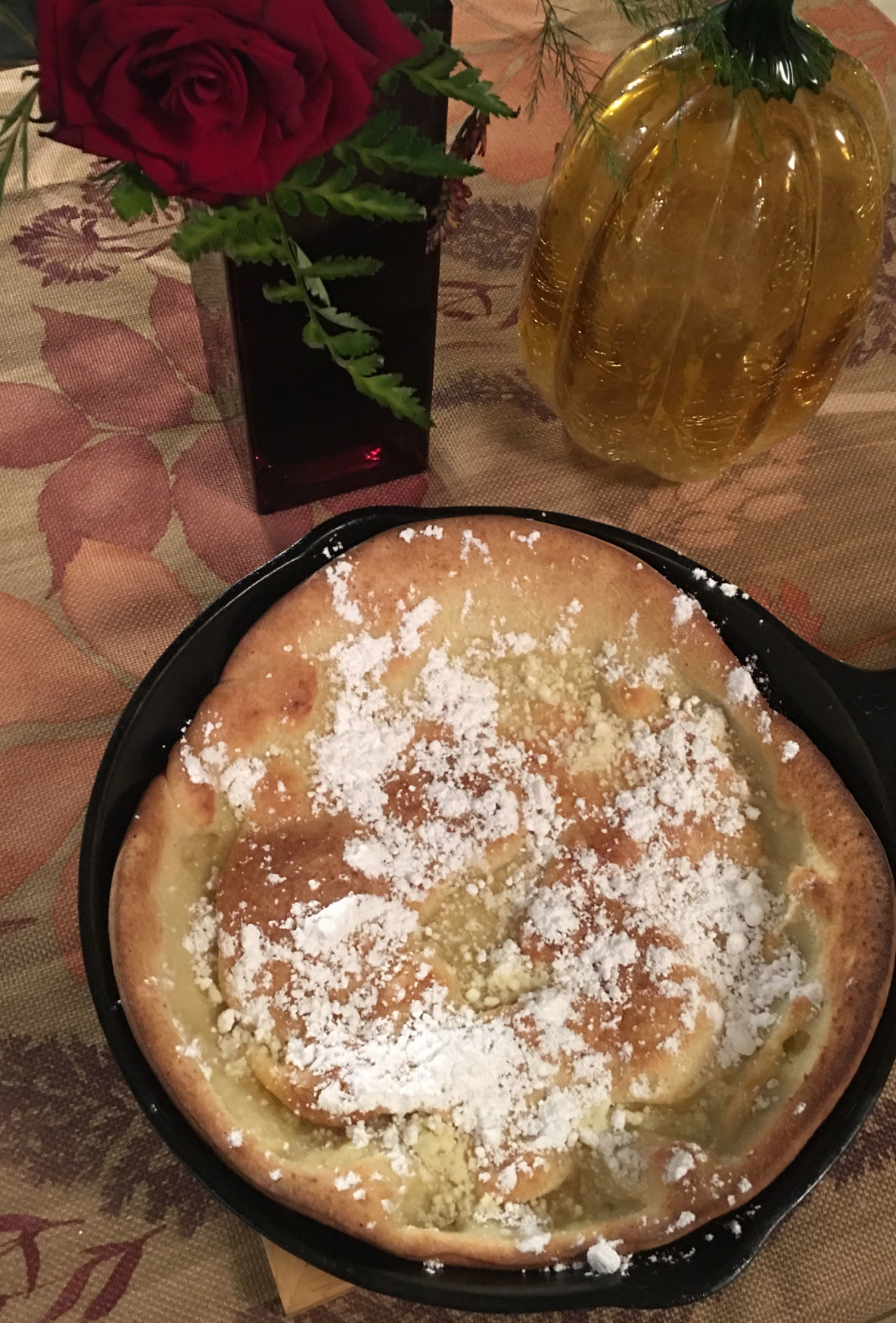 This week, Karl tackles giant puffy pancakes, known by the Germans as “Pfannkuchen.” 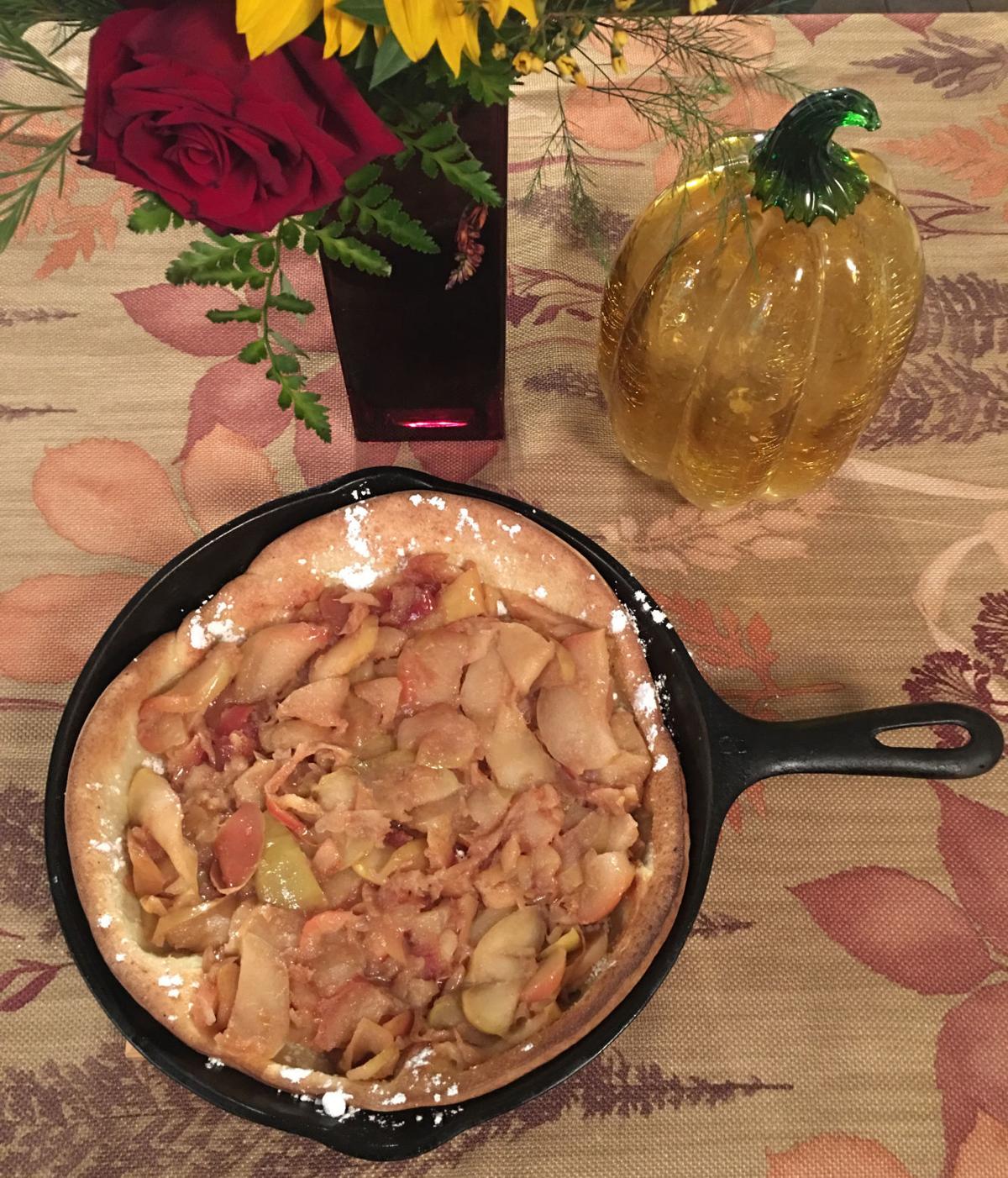 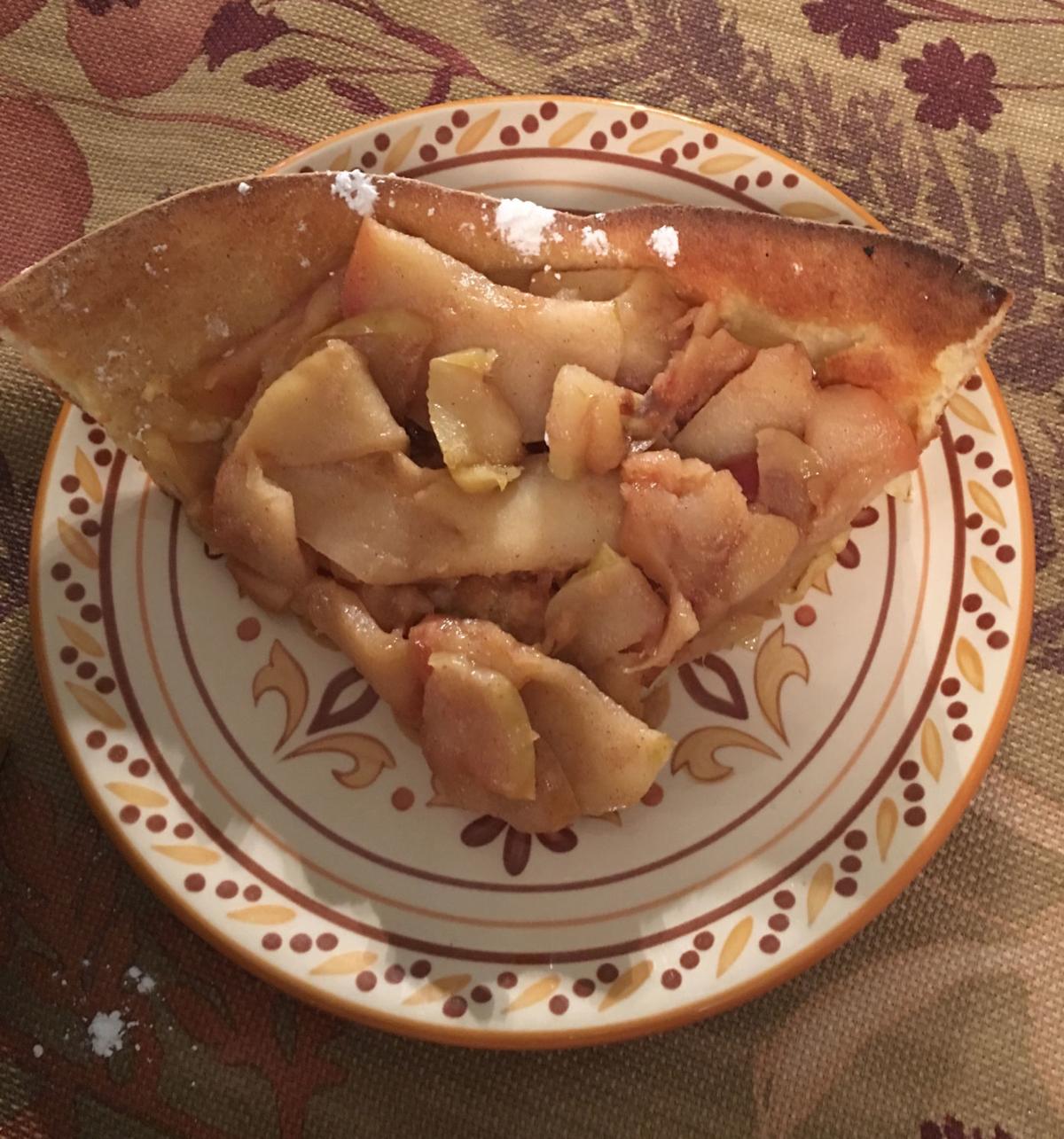 “Pfannkuchen” is what the Germans call giant puffy pancakes and they can be served with a variety of toppings, like apples (pictured).

This week, Karl tackles giant puffy pancakes, known by the Germans as “Pfannkuchen.”

“Pfannkuchen” is what the Germans call giant puffy pancakes and they can be served with a variety of toppings, like apples (pictured).

My wife and I have very fond memories of this epic pancake-like dish we had at her sister’s house in Las Vegas over 20 years ago. From time to time as I write my columns (over 150 so far), she pops in and says, “Hey, when are you going to write about that giant fluffy oven pancake?” Then, the other week, she emails me a few links. OK, OK, I know a hint when it is dropped on me like an ice-cold bucket of water. So, I set off to make this famous thing and write about it.

Sunday morning comes and I arise long before the rest of the house. I make my coffee and read Yvette’s links. Both are saying basically the same thing with some ingredient tweaks. One link calls this morning treat a “Dutch Baby.” One just calls it “Perfect for Fall Apple Pancakes.”

So, like going to the judge or the scholar and having them weigh in, I open up my trusty old “Joy of Cooking,” which calls it “Pfannkuchen” or “German Pancakes.” Now, we are talking. I am German, at least half, although not officially confirmed by ancestry thing.com. And, I not only love apples but happen to have apples from both Bauman Orchards and Richardson Farms sitting on my counter.

Time to get to work.

I am going to refer to them as Pfannkuchen, by the way, because it is just plain fun to say. Say it out loud now please, with that harsh German accent on “Pfann” and a bit of urgency.

First, I preheat the oven to 450 degrees. Then, I get the apples cleaned, cored and sliced. I use six of them, ¼ inch slices and melt 4 tablespoons of butter in a skillet. Diana Bauman says Jonathan Apples work good for “fried apples,” which is essentially what I am making to fill in as topping for my Pfannkuchen.

I cook them in the butter over medium heat for about a half hour or so, sprinkling with about a tsp. of cinnamon and stirring occasionally, and add a little real maple syrup towards the end for sweetness and flavor complexity, cooking until they are soft and sticky. Then, I hold on low until the Pfannkuchen is ready.

For the Pfannkuchen (even fun to read), it is basically a pancake batter poured into a pre-heated buttered cast iron skillet and cooked in the oven, where the sides puff up beautifully to make a great dish for your toppings. There are many variations for the batter, but the recipe I followed for this batter was very simple.

I beat 2 large eggs with a whisk, then add ¾ cup milk, ½ cup flour, 1 ½ tbsp. Sugar, and ½ tsp. Vanilla extract. I whisk until thin and smooth and set it aside. Then, I melt 4 tbsp. of unsalted butter in my 10” cast iron skillet in the oven. As soon as it is melted, I pull the pan from the oven and using a brush coat all sides with butter. I gently pour the thin batter mix into the pan and place it in the 450 degree oven, and bake it for 20 minutes. At that point, I reduce heat to 350 degrees and bake 8 minutes more, or until golden brown. I remove it from oven and immediately dust, generously, with confectioners sugar. I fill with the apple topping and serve. After I took lots of photos, of course.

The verdict: wow! Amazing! Home Run! Like the last eight minutes of the Ohio State and Penn State game!

It’s the absolute perfect fall Sunday morning breakfast and very simple to make. You can, of course, fill the Pfannkuchen with any topping you like. I saw recipes with a combination of apples, pears and cognac. You can use blueberries, strawberries and raspberries. You can make the fruit into a compote or go all fresh. Some of the true German Pancake versions use a heavy lemon accent with lemon rind and are served with lots of powdered sugar. This is a very versatile and adaptable dish.

But for me, today, largely because it is fall and I had these ingredients on hand, Apple Pfannkuchen was the ticket!

My favorite part was when Jakob, my youngest son, and Yvette came down and asked “What’s for breakfast?” I said, harshly with a smile, “Pfankuchen!”

We love Pannekoeken. We had a family dinner last Sunday and we decided to do breakfast for supper and pannekoeken was on the menu. We do however call them something different out here in Utah. We call them Uchtdorf pancakes after an apostle in the Church of Jesus Christ of Latter-day Saints, Dieter F. Uchtdorf. But we've never had them with an apple filling. We'll try that next time.